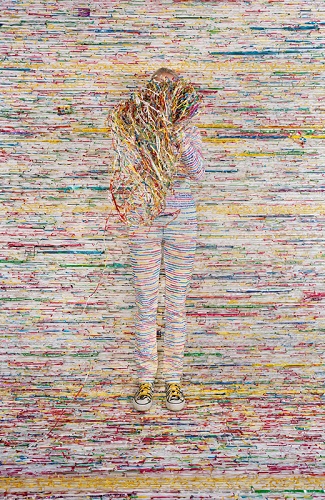 In our modern world, mysteries abound! On the other hand, so do plastic water bottles. And twist ties (see above). In fact, lots of things abound. Information. Celebrities. Blog posts and websites. Haters and their hatin’. Makers and their makin’.

It’s been suggested that curation will be increasingly key to our navigation, as a culture, of the overly abundant information-scape in our lives. In that spirit, we thought we’d round up some of the abundantly intriguing, or mysterious, or just plain keen stuff going on.

On The Public Humanist, blog of Mass Humanities, Natasha Haverty and Adam Bright share the backstory of their radio documentary-in-progress about a debate society formed in the 1930s by inmates in a Norfolk, MA prison – and how the team defeated debate squads from more hallowed MA institutions like MIT and Harvard.

Why should James Franco work at Grub Street, the Boston-based writers service organization? Answer this question by 5 PM today (Friday, April 15), and you may win a pair of tickets to Cocktail Hour with the Francos, an unscripted conversation with writer/actor/conceptual artist James Franco and his mother, writer Betsy Franco, at Grub Street’s great Muse and the Marketplace Conference. Just tweet “James Franco should work at Grub Street because…” and your answer, and include @GrubWriters and #musefranco in your tweet.

How big a wave could one week’s worth of plastic bottles create? The good folks of Citizens for Salem/Beverly Water Resources suspect it will yield A Mighty Wave. They’re encouraging artists to converge at Salem Common in Salem on the morning of May 7 to create a one-day public art display, creating a wave of plastic from bottles collected in just one week in Salem. All will be broken down in time for a recycling truck to break (and recycle) the wave by afternoon. Find out more.

Not since the Mayors’ Arts Challenge have two MA cities had so vigorous a rivalry! Responding to a remark by a Cambridge city councilor that Somerville doesn’t have many interesting places, Somerville Mayor Joe Curtatone has challenged Cambridge to an “Interesting City Challenge.” He even invokes the arts:

It’s called authenticity, and we’ve got it in the arts too. The City and local businesses weave art into everything we do. Public art absolutely needs to be part of this Challenge, though it’s not fair because most of the artists Cambridge had long ago moved to Somerville. And we’re talking everything from painters to sculptors to comic book artists. Oh, if you happen to catch a band in Cambridge anytime soon, make sure to ask them where in Somerville they live.

(As a state agency, we are not taking sides.)

New England Film has a terrific article on five films from New England talent screening this month at the International Film Festival of Boston (April 27-May 4, 2011).

GO SEE ART. Where? Find out at GO SEE ART. It’s a compendium of New England art exhibitions. So go there. And then go. You know. To see art.

Will it surprise you that the Boston chapter of the Awesome Foundation, which funds projects it considers awesome (that’s really the only criteria), funded a group that describes itself as “Boston’s mysterious playmate?” Banditos Misteriosos won a $1000 “Awesome” grant for its plan to create a giant puzzle to be put together by the Boston community sometime this summer. Past efforts by the Misteriosos, who aim to answer the questions “Who are these people we pass in the street?” and “How could we use those big open public spaces?” by staging whimsical public events, include massive pillow and water gun fights and a live, “Choose Your Own Adventure” game.

At the recent TransCultural Exchange Conference, attendee Ilana Manolson (Painting Fellow ’08) shared her experiences exhibiting her paintings through the ART in Embassies Program, which places American art in U.S. diplomatic residencies worldwide. Through that program, Ilana’s paintings have been on exhibit at American embassies in The Hague and Sarajevo.

I really like this post by the Our Stories literary journal that lists short stories that employ a very specific device, then carry it off with skill. Massachusetts literary rawk star Steve Almond (Fiction/Creative Nonfiction Fellow ’08) is on the list twice!

Finally: arts funding is one thing mentioned in this post that’s not nearly abundant enough. On a federal level, the NEA’s budget is under threat, and here in MA, we have our own issues. Read this testimony by Tim Robbins about how a small investment in the arts can yield a bounty – not just in terms of the tax revenues, but culturally and personally.