You are here: Home / installation art / Louder Than Words

If only the walls could talk. Well apparently they will at the Worcester Art Museum starting this Thursday. 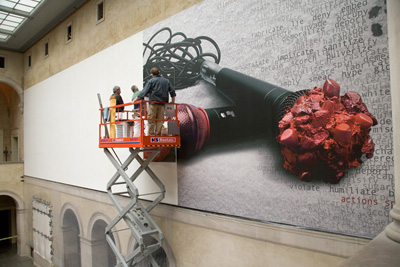 The provocative artist-activist collaborative THINK AGAIN (David John Attyah and S.A. Bachman) are at it again. Working in the longstanding tradition of agitprop artists, they have created a new work called Actions Speak. Upon receiveing their comission, THINK AGAIN rolled up their collective sleeves and completed a 67′ long mural at the Worcester Art Museum(WAM) as part of the Wall at WAM series. Action Speaks is the 7th project in the WAM series.

Debuting the week before the presidential election, THINK AGAIN’s Actions Speak aims to promote dialogue between art and public response as well as between global reality and local action. The project combines text, photography, drawing, etching, sculpture, and digital design. And apparently it is also the first Wall at WAM project to utilize both the museum’s interior wall and exterior faade (where a projection will be on view after dark during public evening hours on the 3rd Thursday of each month). 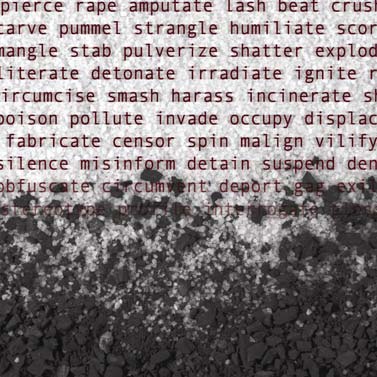