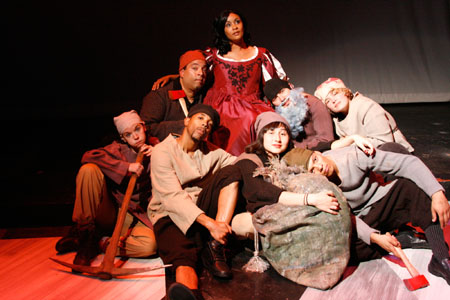 This weekend, Company One Theatre will premiere GRIMM at the Calderwood Pavilion of the Boston Center for the Arts. GRIMM is a collection of short plays by an intriguing group of local playwrights, each re-imagining a classic GRIMM fairy tale.

Exciting local playwrights. Re-imagined GRIMM. To my mind, this is precisely what whoever coined the phrase “match made in heaven” must’ve been clairvoyantly channeling when they first said it.

The plays, by the way, are by Lydia R. Diamond, Marcus Gardley, Melinda Lopez (an MCC fellow in 2003), Kirsten Greenidge, John Kuntz, John ADEkoje and Gregory Maguire (author of Wicked). 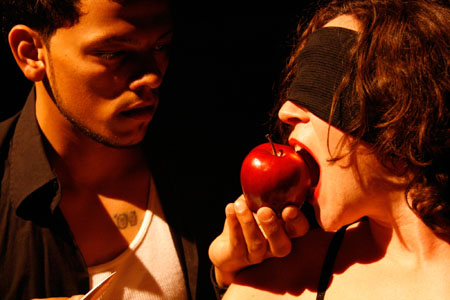 Company One has been stoking anticipation of GRIMM by posting entertaining interviews on their blog. They asked Becca Lewis and Yurie Collins, both actresses in the play, about their own memories and experiences with fairy tales. I love the exchange quoted below:

Company One: What’s the most potent lesson in a fairytale for you?
Becca Lewis: Be true to yourself? It seems like so often fairytale women (mostly) are led astray because they are taking the advice of people (or animals) who do not have their best interests at heart. This could be interpreted as “Don’t trust anyone” as well, but I don’t think that captures everything either. Do research. A talking goose is not always who they appear to be. If someone offers you a basket of jewelry, someone is probably missing a basket of jewelry somewhere. Don’t be so naive. Everyone is inherently selfish. Take a self-defense class. Just because you’re pretty doesn’t mean you have to be stupid. Often times, reading a fairytale is like watching the first girl about to get killed in a horror movie. You want to scream, “What the hell are you doing?! Don’t go in there!”

And another take on the same question:

Company One: What’s the most potent lesson in a fairtytale for you?
Yurie Collins: Don’t wait around for some traveling prince.

GRIMM runs July 16, 2010—August 14, 2010 at the Roberts Theatre in the Calderwood Pavilion of the Boston Center for the Arts.

You can read the original fairy tales upon which the plays are based on Company One’s site.

Images: publicity photos for GRIMM from Company One Theatre: the cast of “The Seven Stage a Comeback” by Gregory Maguire; actors Raymond Ramirez and Becca Lewis, from “Red” by John Kuntz.