It’s a busy time here at the state arts agency – but interesting arts links wait for no one. So we thought it might be a good opportunity to round up some links of interest to Massachusetts artists and art-fans. 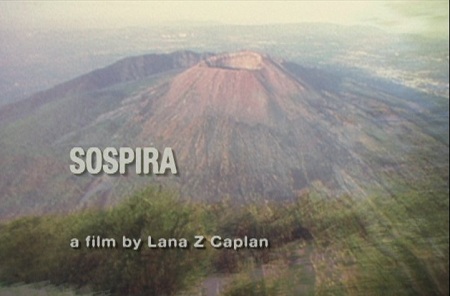 The Emerging Filmmakers Series at the Boston Center for the Arts launches tomorrow (Thursday, April 7), with two film screenings, including the premiere of Sospia by Lana Z. Caplan (featured here on ArtSake). Sospira (watch the trailer) is a 50-minute experimental documentary about nine international women and their travels along the Amalfi Coast of Italy. The Emerging Filmmaker Series is curated by Jeff Daniel Silva (Film & Video Finalist ’09).

Need some talking points as you advocate for support of the arts? You could do worse than to borrow from Kevin Spacey (or Abe Lincoln). In this clip from “Hardball” on MSNBC, Kevin Spacey speaks eloquently about why arts funding is important, citing how Lincoln continued attending theatre and reading voraciously during the Civil War: “Lincoln understood that he needed the arts to replenish his soul.”

Cool: the Boston Playwrights’ Theatre is doing yeoman’s work exploring the world of new plays on the Playwrights Perspective blog. I love this post by BPT alum Anne Pattison about good omens she found during her world travels that gave her hope for the plight of the modern playwright.

Are you a writer? Do you like awesome, really super useful things? Okay, then you’ll like this. The Beyond the Margins blog checks in with a bunch of great writers to see what advice they might have for their earlier, not-yet-published selves. The advice ranges from the pragmatic (Ericka Robuck: “Keep it simple.”) to the gallows-ly humorous (Amy MacKinnon: “Become an accountant instead.”) to the poetic (Jackie Mitchard: “This rollercoaster ride will take you higher than swallows fly and lower than worms burrow…”).

Speaking of poetic: you’re planning on attending, taking part in, and/or heartily singing the praises of this May’s Massachusetts Poetry Festival – right? Prime the pump this month by taking part in (or organizing your own) Common Threads’ event to celebrate seven poems by poets with strong ties to Massachusetts.

And finally: the TransCultural Exchange Conference of international opportunities for artists of all disciplines starts tomorrow, April 7 and runs through April 10. Some of the terrific events are free, such as several at the Boston Public Library, including a panel on “First Books” by ArtSake faves Mira Bartok and Jedediah Berry, 1:30-3:30 PM, in the Boston Room, and a Grant Writing Workshop with David Adams of the Council for International Exchange of Scholars and Deb Todd Wheeler, 1:30-3:30 PM in Room C05/C06.