You are here: Home / film/video / LEF announces changes to its arts funding 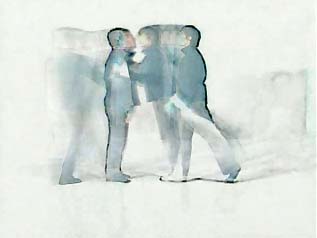 The LEF Foundation, a major supporter of the arts in New England, has announced changes to its arts funding structure. LEF will be creating fewer, larger grants – with a focus on greater impact on the individual projects – and directing its funding efforts toward independent documentary film.

The following is from the LEF announcement on the future of its Contemporary Work Fund (running one more cycle) and Moving Image Fund:

To narrow the focus of our grant program, we will shift away from our current granting structure with 2008-2009 acting as a transition year. The Contemporary Work Fund, in its last year, will transition into a final open call for projects in the visual arts and new media. The Moving Image Fund (MIF) will continue to operate with revised guidelines to reflect a focus on the documentary field. MIF production funding will be complemented by a portfolio of separate investments intended to enhance the broader regional film community.

In making this decision, LEF carefully considered its history and past investments. The founding mission of LEF to support living artists whose “work affirms a constructive link between the arts and contemporary culture” remains the same. We believe in the transformative role that art and its practice hold in society – a role that seeks to expand community and connect individuals, while encouraging critical thought and empathic understanding of self and society. We value the work of New England artists, in particular our grantees, and know that it is their passion, talent, and energy that bring about transformation.

A letter of inquiry for the final Contemporary Work Fund cycle is due Friday, September 26, 2008. More info on this, and the Moving Image Fund, at the LEF New England site.

Image: a still from the “i:move” series by Nell Breyer (Choreography Fellow ’06), an artist funded by both the LEF Foundation and the Massachusetts Cultural Council. Click the image to see streaming video of Nell’s work.