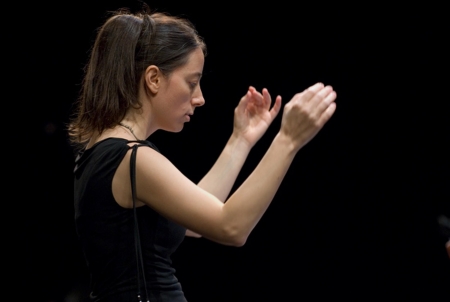 When we first envisioned the Mass Cultural Council’s 40 Years of Fellowships video project, we wanted a title sequence that captured the excellence and innovative spirit of Massachusetts artists. Once we heard Laura Andel‘s (Music Composition Fellow ’99) song Sao Dao, we knew it was the song we wanted: vivid, textured, and brilliantly alive – perfect to accompany Basia Goszczynska‘s vibrant animation. Longer sections from Sao Dao are also featured in the videos of photographer Rania Matar and sculptor Niho Kozuru.

Since winning her Mass Cultural Council award, Laura has moved to New York, where she conducts the Laura Andel Orchestra and works in a wide array of projects. We asked Laura about creating Sao Dao, her memories of receiving her fellowship, and her current work as composer and interdisciplinary music artist.

Do you remember where you were and what you were doing when you got the news about your Mass Cultural Council fellowship?
It was sometime in 1999, I had just gotten home, and checked for voicemail messages on my home’s answering machine. It was then when I heard a recorded message from someone from Mass Cultural Council congratulating me that I had received a Fellowship in Music Composition. I could not believe my ears!

Listen to an excerpt of Sao Dao

When my 20-piece jazz orchestra first read the score in 1997, it took a few pass-throughs for the music to start to sink in before magic happened. Since then, Sao Dao was played many times at concerts, and it was usually a “hit.” Often, audience wanted to hear Sao Dao as an encore.

Share a surprise twist in the Laura Andel story.
How I ended moving from Buenos Aires, my hometown, to Boston, is a chance story, if such things exist. A musician friend of mine had just visited Boston in 1992, and told me that she wanted to go to study there, but didn’t want to go by herself. She proposed that we go together, so we started to prepare together for this trip. A year later, I went to Boston, and she stayed in Buenos Aires! Time went by, and I ended up making Boston my home for more than seven years!

What films have influenced you as an artist?
Many films have been inspirational for my work. Here is a list of five:
Woman in the Dunes by Hiroshi Teshigahara (Japan, 1964)
Stalker by Andrei Tarkovsky (Soviet Union, 1979)
The Exterminating Angel by Luis Buñuel (Mexico, 1962)
The Hand in the Trap by Leopoldo Torre Nilson (Argentina, 1961)
State of Dogs by Peter Brosens & Dorjkhandyn Turmunkh (Mongolia, 1998)

Computer, longhand, or typewriter?
ALL OF THEM. Each has its own unique quality.

What excites you about the project you’re working on now?
My creative process revolves not only around music composition, but also around music drawings, or drawing “sound.” I love to create original music drawings and graphic scores.

Drawings are deeply linked to the initial stages of my compositional process, and they function as a way of deciphering my abstract sound thinking and compositional structures. In a way, my music drawings are the charts of how sounds are coded and visualized in my brain. Through the act of drawing, I initiate an intimate dialogue between sound and its representation, and develop the different sonic landscapes for my music. 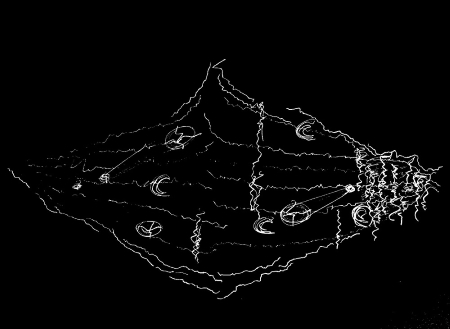 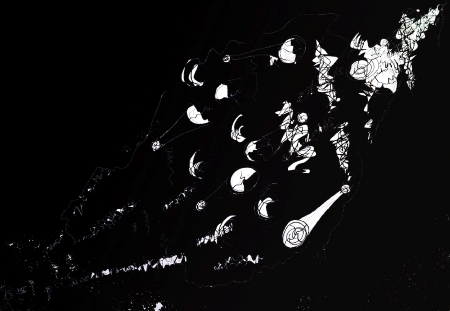 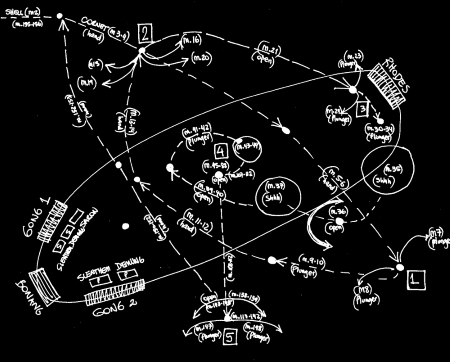 More drawings can be seen here

Also, I have recently started building my own musical instruments in clay. After the instruments are built, the sounds are also recorded to become part of electroacoustic works.

Listen to an excerpt of Soplo, an Electroacoustic Composition for Seashell-shaped Clay Trumpet & Tin Ecuadorian Dulzainas

As a music composer, and especially as someone who has started to work with clay, modeling an instrument with my own hands adds one more layer to the concept of searching for a personal sound. There is also a sense of continuity from the process of working with clay to model an instrument to the sound that results from it. In a way, it feels like modeling sound.

Construction process of a clay trumpet, inspired after an ancient trumpet from the Moche culture (South América, c. 200 a.d.).

I am also redesigning my website, and feeling thrilled that the first pages have just gone live! You can visit the new website at www.lauraandel.com 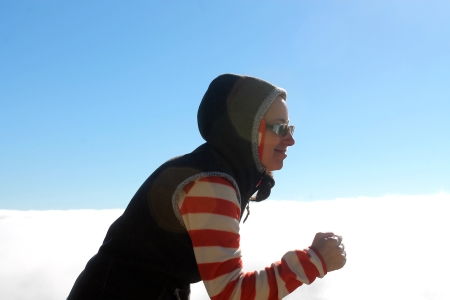