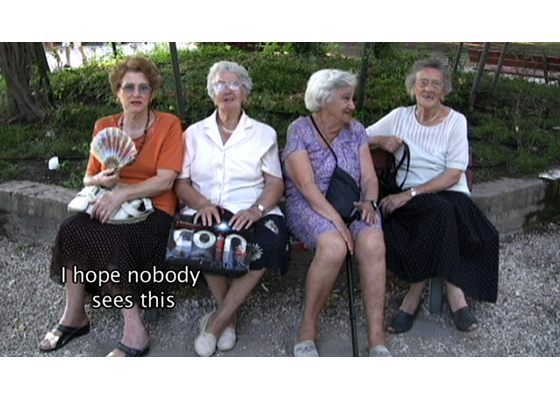 Lana Z. Caplan is interested in the ways that women’s social identities can be comprised of at-odds imagery and expectations. As she says in an interview on the Gallery NAGA website: “in the third wave of feminism, we’re expected to be individualistic and successful, to be able to do it all, have a family, relationships, time for ourselves, to be sexy and sexually liberated. All of these roles conflict.”

Lana, who has been making fascinating film, video, and photographic art in the Boston area since 1990, has a one-woman exhibition of new works exploring those conflicting roles at Gallery NAGA through February 27, 2010. Notes for Future Illusions invites viewers to experience videos that, taken together, make up a cohesive installation exploring the perspectives of the spectator and the inspected, and the contradictory icons of womanhood. 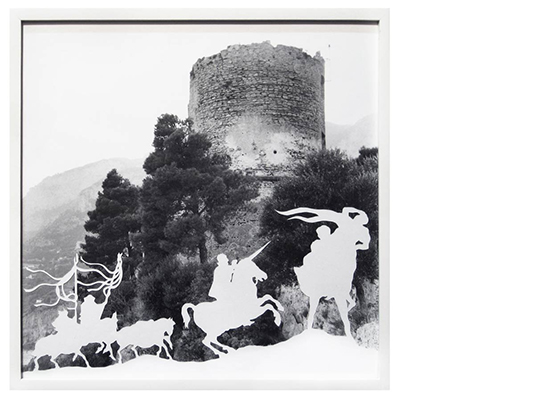 Viewers can drift from a video set up in front of a 70s pleather couch, to captivating projected images shot in the Mediterranean, to a “park bench” piece, to videos with headphone stations, and more. 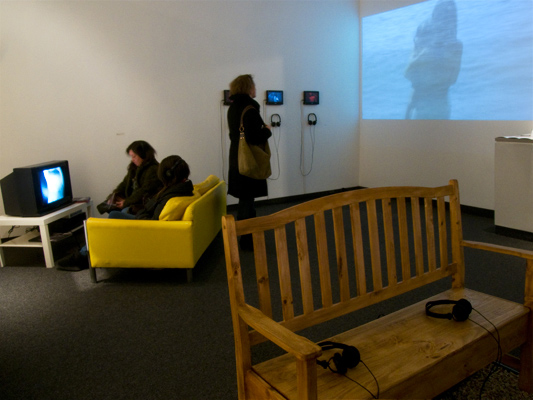 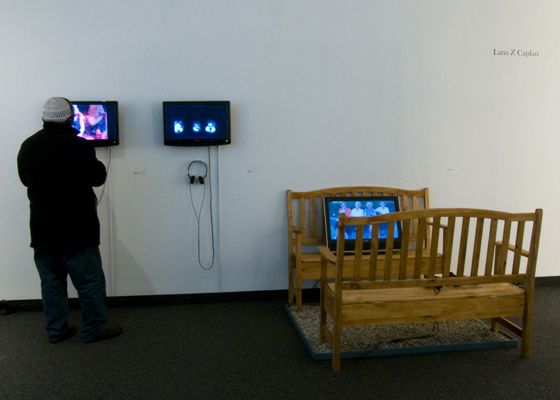 An admiring Boston Globe write-up of the exhibition called PORTRAIT (first still from the top) a “funny elucidation of the awkward self-awareness of people sitting for a portrait.” 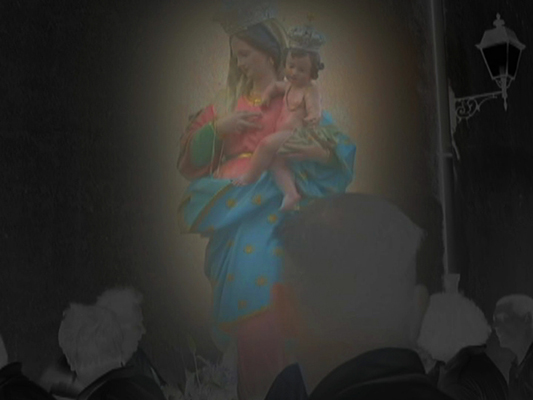 Notes for Future Illusions runs at Gallery NAGA in Boston through February 27, 2010.

Lana Z. Caplan is a film/videomaker, photographer and installation artist who splits her time between Boston, MA and the Amalfi Coast of Italy. She was recently awarded an ongoing residency at the Wexner Center for the Arts in Columbus, Ohio, to support the documentary she is making about international women who have emigrated to Italy to marry Italian men.