Tuesday, March 15 (7 PM at Porter Square Books in Cambridge) marks the first event in the 2011 Commonwealth Reading Series, a schedule of readings by Fellows/Finalists from our Artist Fellowships Program.

So, first: Woo hoo! This series is like a warm front of exciting writers rushing into a cold (as in super-cool) front of great reading environments, producing a veritable tornado of literary awesomeness. Run for cover, Dorothy!

One of the writers featured in the March 15 event is Kathryn Burak (Fiction/Creative Nonfiction Finalist ’10), a writer, teacher, and soon-to-be-published novelist who generously neglected to delete or mark as spam the interview questions we emailed her and instead responded in the following entertaining and enlightening manner:

ArtSake: You teach writing at Boston University, and in fact, co-wrote the textbook Writing in the Works. How does your work teaching the craft of composition inform your own work as a literary artist? 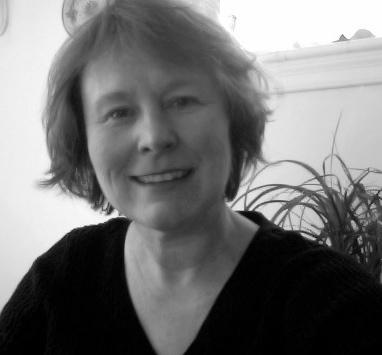 Kathryn: I teach in the College of Communication, a class that surveys writing from across the fields of journalism, advertising and PR, and film, so it’s a creative class even though it’s not a traditional creative writing set-up. It’s been interesting to find out how much writing in the world is based on narratives, and that’s what I stress in my class. Stories are everywhere and they reach out to people.

ArtSake: Congratulations on your book The Dress (read an excerpt) being accepted for publication by Roaring Brook Press/Macmillan! I’m curious where the story of The Dress began for you. With an idea? With a place (Amherst)? With its young, Emily Dickinson-obsessed protagonist?

Kathryn: I got the germ from a boy who was in seventh grade at the time. (The “boy,” Colin Faherty, is now a young man getting ready to go to college, so you can see it was a while ago.) I had volunteered to be the leader of a small filmmaking club at my daughter’s middle school, and they were brainstorming ideas. One of the kids – whose name happened to be Emily – drew a picture of a woman who looked tired and hungry. The woman had a long neck and severe hairdo. Colin said, “Hey, that looks like Emily Dickinson, and she’s a vampire.” I told him that idea made some sense, considering her poetry, and said, “Why don’t you write that story?” He said, “Nah. It’s all yours.” And though there’s only a single line that mentions this, as a joke, it was the beginning of my thinking about the book. (Thanks, Colin.)

I fooled around with this idea for a long time and then the summer just before I wrote the book, I took my son to see Robert Pinsky read from his translation of Dante’s Inferno at the Summer Institute for Poetry – which is a program that brings high school teachers to Boston to learn about poetry. (Because he’s a teacher’s son, my boy has to be patient while I enrich the heck out of him.) The line from Canto 32, “The suffering of my hunger had power over my grief,” stuck in my head. Somehow that poetry reading inspired the whole thing, and the story about a girl who fights her way out of grief because she feels a hunger for life, got mixed up with the story of a young man, who wants to be a teacher and who loves poetry. And because I lived in Amherst (and love it with all my heart) and know it well, it seemed natural that the story be set there.

And of course, Emily Dickinson’s dress is so iconic, it had to be in the story somewhere. I hadn’t ever planned on it being the center of the book, but one day I found my main character stealing the dress from the Dickinson Museum. You know how your protags sometimes take on their own lives and do the most surprising things? Well, Claire’s stealing that dress was one of them. She just did it. And I said, “Okay, let’s see where this goes.” 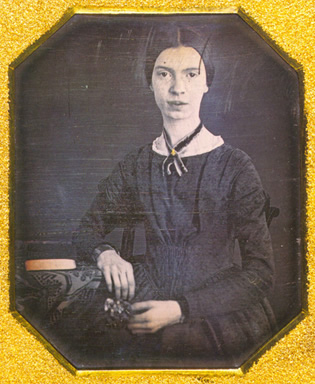 ArtSake: Can you talk a little bit about finding a publisher for the work? What has most surprised you about that process?

Kathryn: I really wrote the book one summer – after years of fooling around with the idea – in eight weeks. These were twelve-hour days, of course, but yes, eight weeks. I read some of it to my family one day and they all were asking questions about the characters and the story, and I thought maybe someone other than my relatives would also be intrigued by Claire and her story. So I started looking for an agent because that’s the way it’s done – or so I read on the internet. At the same time, in the course of cleaning out my basement, I happened to come across a letter I had received – but never answered – fourteen years earlier, after I had published a story in Seventeen magazine. I could barely remember the particulars, it had been such a long time, but I remembered the agent was interested in the possibility of my writing a novel for young adults. This letter was dated 1994. It said, “I would welcome the opportunity to read more or hear from you.” I have to say, after all those years I felt so angry at myself: You had an agent interested in you and you let her slip away?

I got up enough courage to google her and found out that she had her started her own agency in the meantime, and that she represents some really successful writers. I did a little more self-chastising, of course, and then thought about emailing her. Without a doubt, she would probably think I was crazy if I emailed her after all those years. But most writers are at least a little crazy, and I – with equal amounts of fearlessness and foolishness – emailed her my query, and included that we had worked together ever-so-briefly years and years ago. And I was astonished when Elizabeth Kaplan emailed me back a little while later – just one line: “Okay, I’d be happy to read.”

So, I had an agent who loved the book, and we still had to find a publisher. After ten long months, we had a publisher who liked my writing but had issues with some of the elements in the story, and asked if I would be willing to rewrite. I was swamped with final papers at BU and getting ready to teach summer school. I asked Elizabeth how long I would have to do the revision. She said, “Two weeks. It’s time to get your career going.” (She always says two weeks, I know now, but I didn’t at the time.) So, I rewrote the entire book in two weeks. In the end, that publisher did not buy the book, but we had the rewritten manuscript when another editor suggested that she liked it but… And Elizabeth, who is brilliant, said, “It just so happens we have this new version.” Around this time, I also found out I was one of the finalists for the [Massachusetts] Cultural Council’s fellowship. A little while after that, Nancy Mercado at Roaring Brook Press made an offer. It was a year of rollercoaster rides, for sure, and I have more, many more, ahead of me as the book gets rewritten again. I have to say how wonderful it is to have an editor who has such great enthusiasm for creatures who have sprung from my imagination. I’m always wondering how I got so lucky.

ArtSake: You’ve also published poetry. Other than the obvious difference in form, do you approach writing poetry differently from writing prose?

Kathryn: Ever since I was a little girl and my mother said, “I’m nobody. Are you nobody, too? Then there’s a pair of us – don’t tell,” I understood that words had a power over me. But I’m also a visual artist, and I majored in studio art in college until, in my senior year, I noticed I had written more poetry in my sketchbooks than I had drawn, and I had taken more English classes than art classes, so I switched. I have an MFA in poetry from UMass Amherst, and I love the way poetry can recreate a place and emotion while adding this layer of language that redefines words. I love the way poetry contains both pictures and the sound of words. I revere poets. But I found that though I wanted to write poetry, it is the most difficult thing in the world. I stopped writing altogether after graduate school, and I suffered because I missed it. I mourned. And then I read Jayne Anne Phillips’ Black Tickets. I discovered poetry in story form. In fact, my first published story, which was rejected 32 times (it’s true) was finally published in a journal that I had targeted because they also published Phillips – Fiction magazine.

It was such a relief to be writing again, even though I wasn’t writing poetry. And as I read Mark Richard’s Fishboy, Italo Calvino’s The Baron in the Trees, Gabriel Garicia Marquez, Lorrie Moore, Elizabeth McCracken, I began to see the possibilities for me in prose. As I experimented, I began to find my own voice and that voice, it was clear, was poetry and prose merging. I have to say this has been both a plus and a minus for me, in terms of publishing. Some editors say the voice isn’t accessible enough. That’s my poetry influence, I’m sure.

Kathryn: A couple of months ago, my editor, Nancy Mercado, asked me what my “day job is.” Honestly, this was even bigger than signing with an agent or a big publisher – that I have something other than a day job (!?!?!?!). In my day job, I read lots of student papers and write textbooks. In between those gigs, I have discovered a writer named Julia Leigh, who has the most remarkable, tiny book called Disquiet. It’s just the kind of writing I was talking about in the last question – hers is the perfection of poetry and prose merging, of story and poem in one. I hope everyone reads it, just to see what can be done in so very few words. Just to digress a bit – Leigh responds to an interview where she is asked why this book took her ten years to write and she says that her training as a scientist has taught her that writers, too, have to be prepared to waste effort. I tell my students this – about the importance of “wasted effort” in their writing lives. And you can see, from my influences – seventh graders in film clubs, forced outings to classical poetry readings, and reading my own students’ writing – I don’t believe effort is ever wasted, really.

Now, I’m working on my second novel, which is about a young filmmaker whose mother is a convicted serial arsonist. The story takes place on a moody cove in Maine, during the girl’s last few months in foster care, just before she turns 18. Following my interest in writing about literary characters, this story was inspired by Jane Eyre and is based on seven lines from the Elton John song, The Madman Across the Water, so you know there’s some water in the book as well as fire, and a man who may or may not be mad.

Kathryn Burak has an MFA in Creative Writing from the University of Massachusetts-Amherst and teaches writing at Boston University. She is the co-author of Writing in the Works (Houghton Mifflin, 2007) has published fiction and poetry in Fiction, Missouri Review, Seventeen, Georgia Review and others. Her novel The Dress, an excerpt of which earned her the MCC award, will be published by Roaring Brook Press/Macmillan in Spring 2012.