You are here: Home / artist to artist / Karen Shepard: What Do We Owe to History in Our Art? 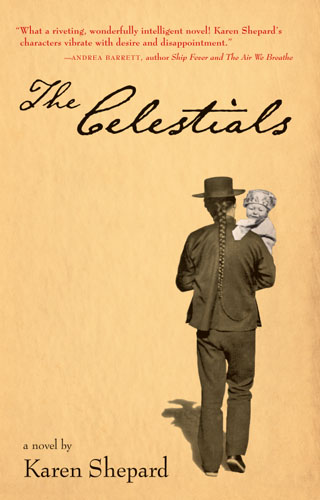 When artists explore or evoke a period in history through their art, it raises questions about the artist’s responsibility. What facts, what details, what people, are fair game for reinvention? What truth – historic or artistic – is of the most importance? (For an interesting take on this, read Hendrik Herzberg’s essay on what Stephen Spielberg and his collaborators get wrong and right in the film “Lincoln.”)

In her new novel The Celestials, to be published in June, Karen Shepard (Fiction/Creative Nonfiction Fellow ’02) explores 19th-century North Adams and a true-life event: the arrival of Chinese laborers to take the place of striking workers at a shoe manufacturer.

As she gets ready to publish this work of historical fiction, we asked, What do we owe to history in our art? 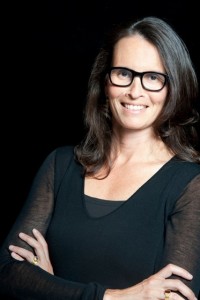 Well, of course, the short (and glib) answer is: a whole lot.

Until The Celestials, I had never written anything historical of this scope before, and it all seemed hugely daunting. As we all know, historical events mean different things to different people. The arrival of all these Chinese strangers in a contained community like North Adams was no exception, so I knew there would be a flexible, omniscient viewpoint, able to swoop in and out of anyone’s mind, able to linger or not in those minds as a way to reflect that variety of views.

But then you get into the knottier aspects of writing historical fiction. What could I make up about history? Could I only write what I knew had happened, or could I also write what I knew hadn’t happened? I imagine I would answer these questions differently for each different historical project. For this one, I felt that I had to get the building blocks right but at some point I had to take the facts as I’d learned them and make something truly imaginative out of them. It was like building with Legos. I had all these many-colored, differently shaped facts, but I had to build the spaceship. So, for example, the character Alice, the mixed-race baby who shows up about a third of the way through the novel, is invented but the building blocks for her were there. In an imagined version of history as I understood it from the facts, it could have happened. Again, I might feel differently in another project, but in this one, Alice felt like an imaginative leap that would help explain and explore what I found most interesting about this story.

And, finally, historical fiction has its own particular brand of a writer’s fears about getting it right. Of course we fiction writers want to get it right whether we’re writing straight-up autobiographical fiction or sci-fi. But, that said, there is no way to get everything right for everyone. I remember one reader objected to a name I had given a character because it was also the name of a “famous” knitter, and it was confusing to this reader. But, writing historical fiction, of course I was worried about all the experts in the world who know way more than I do about everything. All I could do was try to do my research well. And I’m lucky to teach at a place like Williams College, so I had some of those experts vet the manuscript for glaring errors. On top of that, I had an extraordinarily diligent editor and a copy editor who was even more obsessive than I am. I’m more concerned, however, with the people in the world who may be connected to this story in more personal ways. Many of my characters have descendents with a personal stake in this story. I hope that nothing I’ve written offends them, but I can’t guarantee that, and my worries about that couldn’t be something I thought about while writing. It was like writing autobiographical fiction and thinking about what your mother might think. That way madness lies. I hope that all my readers will feel that I haven’t treated my characters with kid gloves, but that I’ve treated them with the rigor and honesty that real people for whom I have enormous sympathy and respect deserve.

Read Part II of this discussion, as artists from a range of disciplines weigh in on this topic.

Karen Shepard is a Chinese-American born and raised in New York City. She is the author of three novels, An Empire of Women, The Bad Boy’s Wife, Don’t I Know You?, and the forthcoming The Celestials. Her short fiction has been published in the Atlantic Monthly, Tin House, and Ploughshares, among others. Her nonfiction has appeared in More, Self, USA Today, and the Boston Globe, among others. She teaches writing and literature at Williams College in Williamstown, MA, where she lives with her husband, novelist Jim Shepard, and their three children. Learn more at karen-shepard.com.