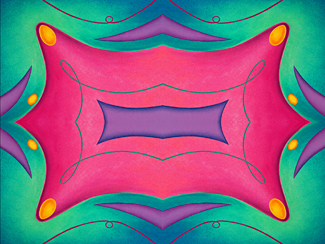 Union Square in Somerville is about to be alight in a curious glow.

The Somerville Arts Council, as part of its ArtsUnion season, presents Somerville… in Shorts! on Friday, August 14, 7-10 PM (rain date Sat., August 15), an outdoor screening of animated and experimental shorts by local filmmakers.

We talked to participating artist Karen Aqua, an internationally acclaimed animator whose superb and detailed short films have screened in Croatia, Japan, France, and across North America as well as on the iconic children’s show Sesame Street. She spoke about her films, her intriguing process, and what’s next.

ArtSake: Can you talk a little bit about the films you’re showing in the Somerville… in Shorts! program?

Karen: Two of my films will be screened in the show. Sensorium, a collaboration with composer/musician Ken Field, is an experimental animation exploring the relationship between image and music. In this film, an alphabet of abstract animated and musical gestures combine in various configurations to create a lush visual rhythm. Andaluz, a collaboration with animator Joanna Priestley (from Portland, Oregon) is an homage to the culture, landscape, and architecture of southern Spain. The program also includes 2 films made by animation classes at Somerville Community Access Television, which were taught by myself and Ken Field.

ArtSake: In an interview on Spoiler Alert Radio, you mentioned that you always work from hand-drawn images to create your animations. The resulting films are meticulous yet highly fluid and rhythmic. How has your process for creating your films evolved over the years?

Karen: My process is essentially the same. I still create the drawings by hand. In the old days I would shoot tests on film; now I use a digital camera, which allows me to see the results immediately. Sensorium is my only film shot digitally, with some compositing in AfterEffects. The rest of my films were all shot on film, 16mm for my earlier work, and then 35mm. These days I use FinalCut Pro to assemble the animation tests and experiments, and to do the editing. My more recent work has moved more into abstraction. In my newest film, Twist of Fate, I also incorporated some under-the-camera object animation and collage, along with the drawings.

ArtSake: You’ve frequently collaborated with other artists – clay artist Jeanee Redmond, fellow animator Joanna Priestley, musician Ken Field. What draws you to collaborations, and how have they impacted your work?

Karen: Curiosity, I guess, and the opportunity to expand a creative process which for me is usually extremely solitary. The projects with Jeanee & Joanna were in a sense celebrations of our friendships. Ken (who is also my husband) and I have worked on many projects together over the years, both independent films and animations for Sesame Street. But Sensorium is our first true collaboration. It was my first completely abstract film, and editing and assembling the film was interesting and challenging. I’m still a control freak (as most animators are) and quite independent, so the collaborative process can sometimes be a stretch for me. An upcoming project might involve some collaborative work with dancers, something I’ve always been interested in.

ArtSake: What other artist’s (or artists’) work are you excited about, these days?

Karen: I really enjoyed the Tara Donovan & Anish Kapoor exhibits at the ICA.

Karen: I recently finished a new film, Twist of Fate, which premiered at the ICA in May. I’m now busy trying to get it out into the world… doing business, entering film festivals, etc. I plan to attend some festivals in the fall. I will also have a residency later this fall at the Roswell Artist-in-Residence Program in New Mexico, where I hope to get started on a new film project. I’m also working on some pastel drawings this summer, and swimming a lot. 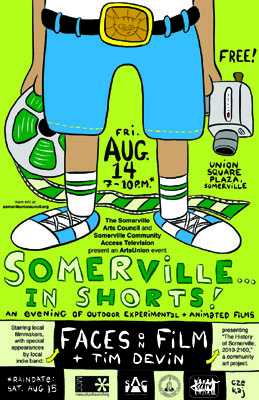 Karen will screen “Sensorium” and “Andaluz” as part of the Somerville… in Shorts! outdoor screening of experimental and animated shorts, Friday, August 14, 7-10 PM, Union Square in Somerville, MA. The event is a partnership between Somerville Arts Council and Somerville Community AccessTelevision (SCAT).

Karen Aqua is an award-winning filmaker whose works have been screened nationally and internationally, including at the New York Film Festival, and at international animation festivals in Zagreb, Hiroshima, Ottawa, and Annecy (France.) She has received film production grants from the American Film Institute, Massachusetts Council on the Arts and Humanities, New England Film/Video Fellowship Program, New Forms Regional Initiative, Massachusetts Cultural Council, and the Puffin Foundation. She has been artist-in-residence at The MacDowell Colony, Djerassi Foundation, Millay Colony, Roswell Artist-in-Residence Program, Atlantic Center for the Arts, and Fundacion Valparaiso (Spain). Since 1990 she has produced, directed, and animated 22 segments for the acclaimed “Sesame Street” television program.