You are here: Home / DIY / Jonathan Papernick on the Secrets to DIY Book Promotion

Jonathan Papernick‘s short story collection There Is No Other has just been published, and Jonathan recently wrote an essay about that crucial step after you publish your book: promoting it with all available resources (mainly you).

Jonathan has generously allowed us to re-post the essay, which originally appeared in Beyond the Margins, a superb blog by writers connected to the writers’ service organization Grub Street. 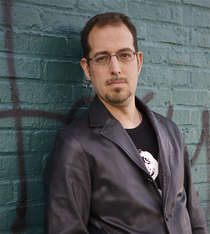 Within weeks of publication of my first collection of short stories eight years ago, I received a starred review in Publishers Weekly and a full-page rave review in the New York Times. My name was mentioned in the same breath as other successful young, Jewish authors – bestsellers and award winners, names you would immediately recognize. I felt that I was on my way. Only I wasn’t – not really.

Nobody ever told me that the real work begins once a book is finished and that you need to spend a good six months to a year getting out there and promoting your own work, otherwise it risks dying on the vine. By the time my book started disappearing from bookshelves a few months after publication it was too late for me to traction those early positive reviews into sales. In the end, my collection sold fairly well for a first-time author, but the sales numbers were not high enough for the publishing industry to take notice. After many rounds of submissions, I finally gave up on U.S. publishers and instead opted to publish with a small Canadian publisher who expressed great interest in the book.

Now that my second collection of stories is out, I am taking the hard lessons I learned from relying on a disinterested publisher who did next to nothing after the book was orphaned by the acquiring editor, and have set up a war plan, a campaign to follow through to the bitter end.

Not a day has gone by since December when I have not done something to promote the book, whether I was contacting bookstores about carrying my book, or setting up readings in support of the collection. 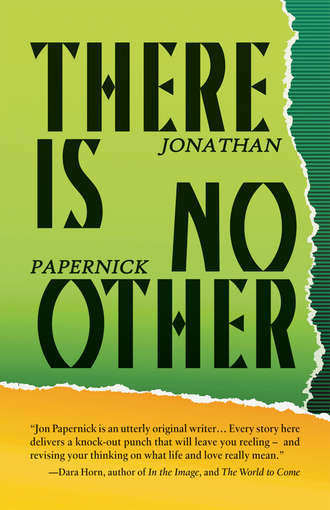 I convinced my publisher to give me fifty review copies and I told him that I would send out review copies on my own, rather than relying on him to do it on my behalf. Sure it cost me for envelopes and postage, but I know that I am my own top priority, whereas any publisher has numerous authors it needs to consider at any given time. In fact, I did try hiring two former students to work under my guidance as publicity associates, but neither of them ultimately felt they were up to the task – I guess they just didn’t think they had enough skin in the game. I grew up listening to independent punk rock bands and I understand the power of a DIY ethos – there is no shame in doing it myself. In the end, I labeled and stamped envelopes myself, made sure to put in a press release and clippings with each review copy and I fired off another e-mail letting reviewers know that my book was on its way.

No matter how uncomfortable or not-in-your-nature it may be, it’s critical to get out there and talk to people about your work, as you are your own best resource and promoter. I attended several conferences (AWP, Muse and the Marketplace, Jewish Book Network, Book Expo America) in the months prior to publication meeting other writers, reviewers, agents and editors, putting my name (hopefully) into the zeitgeist so that my name would be familiar next time they encounter it. One influential book blogger did not receive my review copy in the mail the first two times I sent it. I could easily have given up at that point, and I was tempted to out of sheer frustration, but I knew that she was going to be at the Book Expo in New York. I sought her out at the table where she was signing books, introduced myself, and personally placed my book into her bag. She was very appreciative of my persistence, and wrote to me yesterday: “Brilliant collection. Truly amazing.” She plans on pushing my book on her blog in the coming days. (Ed. note: read the interview between Jonathan and said blogger, writer Caroline Leavitt.)

It is important to make sure that you have an attractive, updated website, a blog, a Goodreads profile, a Facebook fan page, a personal Facebook page that you use selectively to promote your work, (I’m not yet sold on Twitter, but I’m not ruling it out either) update your Amazon author page and make sure that your book page on Amazon.com has updated reviews as well as the Search Inside the Book feature and availability on Kindle. Unfortunately, I’ve been asking my publisher since December to make sure that the Search Inside the Book feature and Kindle is ready ASAP, and nearly six months later neither are up on the Amazon site. I’ve actually called Amazon myself and the book’s distributor, but it seems in this case that will and persistence are not enough and I can only hope that it will be taken care of soon.

Many of you might think that Amazon.com is the evil empire, and perhaps it is in some ways, but Amazon is also a writer’s best friend as it is a simple way for readers to buy your books, especially backlist titles that are likely not available in bookstores. I am encouraging my readers to post reviews on Amazon.com and have promised to send out a free copy of my novel to anyone who does so. I think people are more likely to buy (and review) a book that has been reviewed positively by a whole pile of people rather than by one or two of the author’s close relatives.

Your writing – and bank account – might take a hit during the months that you’re a promoting your work, but you need to honor your book and give it a fighting chance. It will certainly be time well spent, as little by little your writing emerges from the shadows. There are ways to continue writing in service of your promotional campaign as well. I strongly suggest writing for blogs, websites, newspapers etc. on any subject that you feel you have the remotest level of competence, and whenever possible, ask that your article/review/essay is linked directly to your website or an online source where your book can be purchased. I have some other promotional ideas in mind for the fall, but I’ll keep them to myself for now as they’re still in the planning stages.

Jonathan will read from There Is No Other on Thursday, July 22 2010, at 6 PM, as part of the Stories Uncorked program at the Marriott Rooftop Garden, near MIT in Cambridge, MA.

Jonathan Papernick is the author of the short story collection The Ascent of Eli Israel, and Who by Fire, Who by Blood. Please encourage your local independent bookstore to order his new collection of short stories There Is No Other. He teaches fiction writing at Emerson College and lives outside Boston with his wife and two sons.