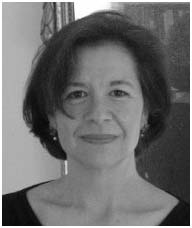 Joan Wickersham (Fiction/Creative Nonfiction Fellow ’08) has just published The Suicide Index, a haunting, beautifully written memoir exploring her father’s suicide through an unlikely structure – the index. Julia Glass (author of Three Junes and The Whole World Over) called the book “just astonishing.” Winner of the Ploughshares 2007 Cohen Award, Joan is author of the novel The Paper Anniversary (Viking 1993), and along with publishing short prose in numerous journals and The Best American Short Stories anthology, she created a fascinating column called The Lurker for Architecture Boston.

Joan will be a guest on NPR’s On Point this Monday, August 4. She’ll read from The Suicide Index at Porter Square Books in Cambridge, MA, on Thursday, August 7, at 7 PM.

Joan recently shared her thoughts on the paradox of indexing human experience, architecture in writing, and being patient with your story.

MCC: The structure of your memoir is fascinating. In a chapter called “Suicide: psychological impact of” (excerpted on the Gallery @ MCC), you write about your father’s suicide by way of objects and places: a garbage bag of his old paperwork, a boat sold to a friendly stranger, and the houses he lived in. How did you arrive at the unique structure using an index as a way of focusing your prose?

Joan: I tried all kinds of tidier, more conventional ways of telling the story: novel, chronological memoir. Nothing worked, and I finally realized that the experience of my father’s death, and my own trying to piece it together, was by nature fragmentary and circular. The structure had to somehow reflect the chaotic character of the experience, but I didn’t want the book to feel chaotic. The index is something of a paradox: it is inherently numb and formal, but it allows all the intense feelings to be as wild as they need to be.

MCC: I’m curious about “The Lurker,” your column for Architecture Boston magazine. Do you see any intersection between architecture and writing? Does writing about architecture inform the way you write prose?

Joan: “The Lurker” is about architecture and design, but it’s really about people and events and bits of overheard dialogue. It’s eavesdropping on a profession, the same way a fiction writer or memoirist eavesdrops on life.

There’s another connection between The Suicide Index and architecture which, quite literally, has to do with structure. When I first thought of organizing the pieces as an index, I wasn’t sure it would work. My husband, who is an architect and lawyer, said, “Think of the index as a parti.” It’s a concept that originated with the Ecole des Beaux-Arts, and that is still used in architecture schools you commit to a parti, or basic design scheme, at the beginning of a project. The initial parti might not survive in the final design, but it gets you going and gives you some parameters as you proceed. So I went ahead with the index, thinking that at least it would help me get the pieces down on paper and I could always jettison it later. But not only did it work as a prompting device, it also became a meaningful way of structuring the book.

MCC: How long did this book take to complete?

Joan: Eleven years. A lot of that was writing versions that didn’t work, putting them aside, and letting them sit for a while before I could see how I might approach the story differently.

MCC: You’ve also published a novel (The Paper Anniversary, Viking 1993). Do you approach memoir differently from the way you approach fiction?

Joan: I don’t think so much about approaching different genres differently. I think more about approaching the story. If you’re patient enough, I think you eventually figure out how a particular story needs to be told. And part of what this book is about is the struggle with genre, and my own obsession with how to tell the story.

But the fact that I’ve written two such different books makes me hope that I’ll remember to be patient with my next one, and with my own initial floundering. My mother always says, “Every time you cook a turkey, it’s your first turkey.” I think the same is true for books.

MCC: What are you working on now?

Joan: I’ve been writing some linked short stories, and have also started to write the (very rough) first draft of a novel that may or may not work. I’d love to do more “Lurker” pieces about people in other professions, and maybe turn that into a book.

But it’s all happier stuff.

Joan Wickersham will be a guest on NPR’s On Point on Monday, August 4. She’ll read from The Suicide Index at Porter Square Books in Cambridge, MA, on Thursday, August 7, at 7 PM.