You are here: Home / artist voices / Jessica Bozek at the Boston Book Fest

The Boston Book Festival is a free, day-long schedule of events, readings, workshops, and other bookish happenings on Saturday, October 15, 2011, at Copley Square in Boston. A number of past MCC fellows/finalists are among the presenters, including Jessica Bozek (Poetry Finalist ’10), who joins poets Stephen Burt and Sandra Beasley for the reading/discussion Poetry: Personae, Self-Portrait As….

What’s the worst day job you’ve ever had?
I’m not sure if this is the worst, but it’s the weirdest. I moved to Barcelona for a year and taught English in my mid-20s. Because I couldn’t work legally, I ended up with a few regular private students who had seen my poster in a bookstore. Two of these students were huge devotees of American self-help. They each had distinct goals that we worked towards. One wanted to be able to give motivational speeches in English, so he read transcripts of self-help texts while I corrected his pronunciation and intonation. He also wanted to co-create an ESL curriculum for masochists, but I politely declined. The other was the Spanish delegate to a Tony Robbins conference in England. He just wanted to be able to have a conversation with Robbins should their paths happen to cross, so we enacted hypothetical situations. Sometimes I was Tony Robbins, sometimes I was Juan Garcia.

Computer, longhand, or typewriter?
All three. My poems start in a notebook, but only about 10% of that ends up on the computer, where I tinker endlessly. The typewriter is mostly for fun – love letters, gift tags.

Do you secretly dream of being a) a pop icon, b) an algebra teacher, and/or c) a crime-solver/writer a la Jessica Fletcher?
Crime-writer for sure. When I was younger, I wanted to be a PI. But now I’d settle for writer. Crime fiction is my word-candy. I love the late 60s/early 70s Martin Beck series by Swedish husband-and-wife team Per Wahlöö and Maj Sjöwall (a poet!), Kate Atkinson’s Jackson Brodie books, and Henning Mankell’s Kurt Wallander series. But Mankell gives me nightmares. The villains are such villains – they have no fear, and someone without fear scares me the most.

The unauthorized biography of your life is titled:
“Whenever there’s words on the walls, your face gets sucked into them.” My husband said this to me while we were at Mass MoCA – I can’t not read all the text beside a painting or drawing at a museum, even at the expense of not properly seeing the artwork itself. 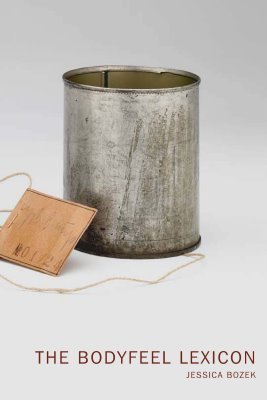 Jessica will read her poetry and explore the persona poem as a form of self-portraiture in Poetry: Personae, Self-Portrait As… at 10:30 AM, Boston Public Library Washington Room, Saturday, October 15, 2011.