You are here: Home / artist voices / Jedediah Berry talks The Manual of Detection 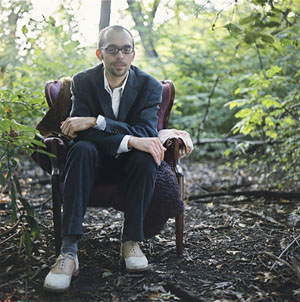 Not to be obvious, but it’s a really unexpected thing to read a literary voice unlike any you’ve read before. Maybe that’s why reviewers of Northampton author Jedediah Berry’s The Manual of Detection can’t seem to agree on which artist to compare him to, invoking voices ranging from Franz Kafka to Ray Bradbury to Terry Gilliam.

But they do seem to agree that Jedediah’s debut novel is a dazzler. The Boston Globe called the book “surreal, absurd, and cerebral, full of sly humor and winks” and a review in The New Yorker praised Jedediah’s “ability to create the feeling of inhabiting a strange and haunting dream, with its own persuasive logic and somnambulant pacing.”

We caught up with Jedediah to ask a few questions about his novel, influences, community, and what’s next for this fascinating original voice.

ArtSake: The world of your novel, with its flourishes of detective noir, carnival lore, and turn-of-the-century Spiritualism, is so fully-realized. It strikes me as both a synthesis of various pulp traditions and a completely unique invention. Did you do research to create it, and if so, from what sources? Did it emerge entirely from your creative process?

Jedediah: The template for that worlda labyrinthine and anonymous city unmoored from any particular time periodwas one of the few things I had a strong vision for when I began writing the novel. But it did evolve over time and came together neighborhood by neighborhood. You’ve rightly identified several of the influences, and even though the book is informed by detective fiction and film noir, it’s meant to feel more like a fairy tale than anything else. I kept the city unnamed for that reason, and while each specific location is perfectly mundane (a train terminal, an office building, a bar) I tried to imbue them all with a kind of archetypal relevance.

There’s the Agency itself, the giant bureaucratic mystery-solving organization which employs the main character, Charles Unwin. It has a geography all its own, and I remember looking at maps of Dante’s Inferno when I was originally sketching its floor plan. The whole place is very regimented, and employees of various rank (clerks, underclerks, detectives, etc.) are kept separate from one another: Unwin must break the rules by ascending and descending over the course of the novel.

At the other end of the spectrum is the Travels-No-More Carnival, the lair of some of the book’s worst villains. It’s a wild and unkempt place, and if the Agency functions as the city’s conscious self, then the Carnival is its unconscious.

All those boundaries, though, are meant to be permeable and deceptive. Still, the setting functions as a symbolic map of the story. 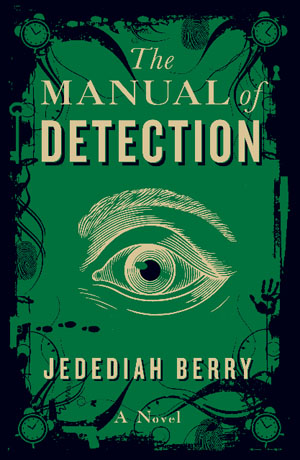 ArtSake: Your protagonist Charles Unwin, while easy to root for, is not so much an anti-hero as an un-hero, a detective who’d rather just be a clerk instead of the other way around. Did you have to fight the urge to develop him in more flattering ways?

Jedediah: One of the pleasures of working on this book came from dropping my bumbling main character into situations he was completely unprepared for, and then discovering that he could surprise me (and his adversaries) each time. Unwin is fastidious to a fault and entirely uninterested in being a hero. But he’s also possessed by a kind of stubborn bravery that bears him through some very tricky circumstances.

Most importantly, having a main character so far out of his element allowed me to twist the raw material of the novelespecially those familiar detective story conventionsinto some new shapes. It’s Unwin’s peculiar perspective, and his need to catalogue, classify, and arrange, that I often adopted while thinking about the genre. That shows in the book, I think.

ArtSake: Maybe it’s the economy, but writers’ day jobs always interest me. Yours is particularly interesting: you’re Assistant Editor at Small Beer Press in Easthampton. How does your editorial work inform your writing?

Jedediah: It’s part of the same conversation, in part because I feel very much at home with Small Beer Press, which is known for publishing fiction that challenges notions of genre and form. Many of the people we publish have had an influence on my own writing, and I consider it an honor to work with them. The experience is an enriching, enlivening, and often inspiring one.

But in some ways it’s a perfectly separate process. When I’m working on getting a book out there into the worldand with an operation like ours, everyone gets involved in most every stage of that processI’m often trying to think from within that book’s singular perspective, which means leaving some of my own preoccupations at the door.

ArtSake: You live in Northampton, where there’s an active community of writers. Do you meet with a writers group or in some way interact with that community? How important is that interaction to your work?

Jedediah: I don’t meet with any formal writing group, but I do certainly benefit from interacting with the many writers who live in the area. Some of them are associated with Small Beer Press, others with the University of Massachusetts, where I earned my graduate degree, or with one of the other nearby colleges. Having a group of trusted colleagues with whom I can discuss issues of craft is invaluable.

Just last weekend, the Juniper Literary Festival took place on the UMass campus. There were dozens of writers there, as well as editors, graduate students, teachers. New books and chapbooks were on display at the book fair while readings, panel discussions, and performances were going on in a gallery downstairs. The place was abuzz with fascinating and energizing conversation. I count myself lucky to be living in an area where this kind of thing happens regularly.

Jedediah: I’m writing a lot of short storiesone of them, about a mad scientist preparing for the end of the world, will be in the next issue of the literary journal Conjunctions. I’m also working on a new novel, which is part historical fiction, part folkloric re-imagining of the American Revolution. There are some other long projects also vying for my attention, though. I’ll have to see which of them wins out.

Jedediah Berry was raised in the Hudson Valley region of New York State. His short stories have appeared in numerous journals and anthologies, including Best New American Voices and Best American Fantasy. He lives in Northampton, Massachusetts, and works as assistant editor of Small Beer Press.