You are here: Home / call to artists / Hungry for Exhibition Opportunities 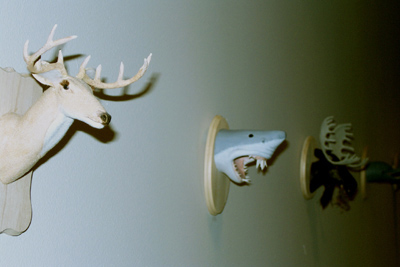 OK all of you point and shoot artists from New England who are over 18, the Danforth Museum of Art has an open call out for their annual New England Photography Biennial. All you have to do is gather your best five photos made in the last five years and be willing to be judged by this year’s jurors: Phillip Prodger, Curator of Photography at the Peabody Essex Museum, and Barbara OBrien, former Editor-In-Chief for Art New England and former Director of the Trustman Gallery at Simmons College, Boston.

Once upon a time, Boston’s downtown crossing was a bustling place, filled with shoppers taking time out to eat a bowl of cream of corn soup at the restaurant that once stood on the top floor of Jordan Marsh, artists were buying supplies at Woolworths, and drag queens were hunting for bargains in The Basement. Despite the march of progress, leaving us with a gaping whole where Filene’s once stood, there are some great opportunities for artists in the transitioning downtown space courtesy of the Boston Redevelopment Authority. Here’s a list of three: Boston Art Windows, Boston Art Shops, and Performing Arts.

Here’s another great opportunity to propose an exhibition: the FPAC Gallery is seeking proposals for group shows of two or more artists, one week slots for performances and installations. The call is open to all media and the juror is Heidi Kayser, the founding director of the Axiom Center for New and Experimental Media.

And finally, from our friends over the Sagamore bridge, The Cape Cod Art Association is accepting work to be considered for their 2009 National Exhibit, an open juried exhibit and sale. Yes, washashores can apply.