You are here: Home / artist to artist / How Do You Approach the Business of Art?

Periodically, we pose a question to artists about an issue they face in their work and lives.

It can be challenging to balance artistic creation with the business, financial, or other career aspects of artists’ work. Artists are encouraged to see their art career as a “business” – but how does that translate into practice? We asked artists in different disciplines, What is your approach to the business of art, and how has it changed over time?

Part two of a two-part discussion.

Jake Fried, animator
Ultimately, my experimental animations must transcend financial concerns, otherwise they become something else for someone else. Luckily, making deeply personal work that I believe in has increasingly led to new and rewarding paid opportunities.

My main source of income is teaching, mostly at the Museum of Fine Arts, Boston and the Massachusetts College of Art and Design. This past year I have created commissioned work for Adult Swim and the Marionette Record label, among others. I have screened my films at many international festivals, gallery shows and artist talks that provide awards and fees. And finally I’ve been awarded grants and fellowships, including one recently in Film & Video from the Mass Cultural Council.

As much as possible I want my artistic and financial success to stem directly from being true to my vision – it’s a hustle and I’m always chasing new opportunities to make this happen, but it’s worth it to make the work I believe in. 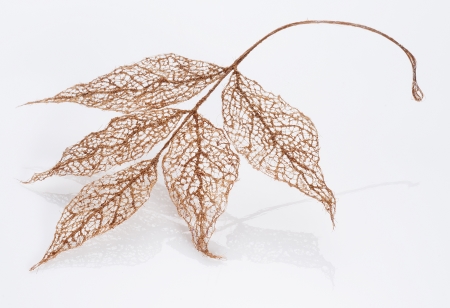 Jenine Shereos, sculptor/installation artist
A few years ago, some of my work was featured on a popular art and design blog. I received a lot of exposure from this, and it had a ripple effect over the years as people continued to share the images on social media and other online venues. Many positive opportunities arose from this publicity, but it was definitely a learning experience as well. I had people contact me with bizarre commission requests, dealt with copyright issues, and even had an offer from Ripley’s Believe it or Not! This experience taught me the importance of being my own agent. To say no to things that don’t fit with my vision and to seek out the opportunities that I feel will enhance my career as an artist. I spend a lot of time researching residencies, grants, and other opportunities online. Recently, artist residencies have played a significant role in my artistic journey and have afforded me time away to focus on my art.

Similar to my artistic practice, I see the business aspect of my work as an organic process that continues to grow and evolve over time. I don’t know if I’ll ever be able to support myself fully from my art, but the obstacles keep me thinking creatively. Sometimes I feel frustrated by a sense of disconnection in my life, although I know I am not alone and many artists face the same struggle. On the one hand, my work has been shown internationally in museums and included in major publications. At the same time, I am nearing forty and waiting tables while piecing together odd jobs. Recently, I was sharing my frustrations with a friend and he asked if there was anyone I know personally who is making their living exclusively as an artist who I could look to as a model. After thinking through the many artists I have met over the years, I couldn’t think of a single one. I am slowly realizing that maybe this isn’t necessarily the end goal. I try to focus on the fact that I love making art and know I will always find a way to continue to do so against any odds. 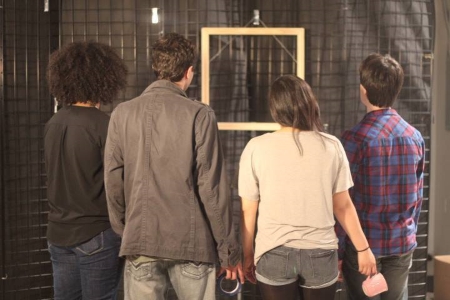 MJ Halberstadt, playwright
People joke that Masters Programs in playwriting are “red headed stepchildren” that can’t be boxed neatly into more easily articulable Theatre or Creative Writing programs. Similarly, reconciling playwriting within the framework of a business model presents questions and problems. On one hand, I’m an artist-for-hire because different companies present my work. When they do, I am not the play’s “producer.” On the other hand, I am a free-lancer because I am the sole proprietor of my own playwriting “business.” The minimum viable product of what I can produce is a script, not a play, which is not sellable by itself – except, arguably, in the case of having the script published. It becomes necessary to tease apart distinctions, especially between my script and a company’s production of it. Combined, they make the product (a “play”) but assigning value to my part in it is tricky, especially when all of the theatre world is starving for monetary resources and many of the producers of my work are personal friends. I’m not a playwright for gain; in fact, only about a dozen American playwrights sustain themselves entirely off royalties. That’s why I have a totally unrelated day job at present; this is getting more and more difficult to reconcile since my playwriting “career” demands more of me each year.

[MJ takes a sip from a glass of whiskey.]

If my “brand” has “worth,” it’s not quantifiable. If anything, I’m building up artistic capital through making myself known and archiving reviews and, yes, “networking.” The hope is that it’ll pay off if and when I sell a TV pilot or get a job teaching playwriting.

Related reading: Who Is Your Audience? and How Do You Define Success as an Artist?

MJ Halberstadt’s (mj-halberstadt.squarespace.com) new play is That Time the House Burned Down, produced by Fresh Ink Theatre at Boston Playwrights Theatre April 8-23. His play The Launch Prize was produced by Bridge Rep in Boston in March ’16 (read a great review in the Boston Globe). In February, he was profiled by Emerson College, and he wrote about race and privilege in theatre for HowlRound. In 2014, he was one of the artists selected to participate in Assets for Artists, a program supporting artists through financial and business training opportunities and matched savings.

Jenine Shereos (jenineshereos.com) is a sculptor and installation artist specializing in fiber and textile processes. Her work has been exhibited nationally and internationally, including in France, Italy, Switzerland, Poland, Portugal, Hungary, Austria, and Canada, and has been published in the Los Angeles Times, The Boston Globe, The Huffington Post, Make Magazine, and and the compendium Textiles: The Art of Mankind. Her work is currently on view at Centraal Museum in Utrecht, Netherlands, and in 2017, she will have a solo show at the Hampden Gallery at UMass Amherst.