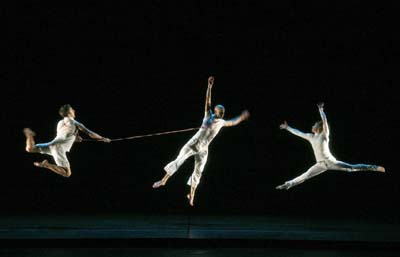 It has finally been made official. Renowned Snappy Dance Theater is no more. For ten years the company and board members bent over backwards to achieve a level of performance and presentation that compared favorably on a national level. They developed an audience for local contemporary dance unheard of in this city. The Executive Director, Jurgen Weiss dedicated ten years of his life to work on the companys organizational strength, researching successful national companies and figuring out how it should be done here in Boston. With a Ph.D. in Economics from Harvard, this was a huge financial sacrifice for the couple, but they did it for the big dream: To establish Bostons first (in almost 20 years) professional touring contemporary dance company and set an example, so that there would soon be others to follow. The dream was to create a cluster of world-class contemporary dance companies here that would attract talent from elsewhere. As there are no fulltime modern dance companies in Boston, highly talented dancers dont move here for very long.

There are myriad reasons for this celebrated dance company’s demise. So what does its director Martha Mason hope for now? 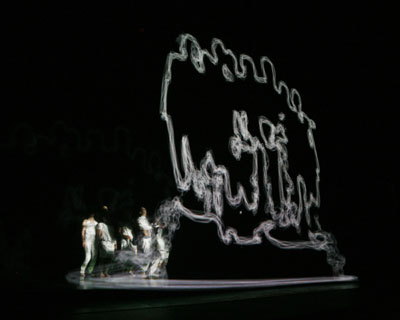 “What I really want, for the bigger picture, is for a certain population to understand how close we really were, how good we were and how in some other states, we would have become very successful and been nurtured financially. How can MA avoid this happening next time a promising company achieves this level of success and gives it their all?” 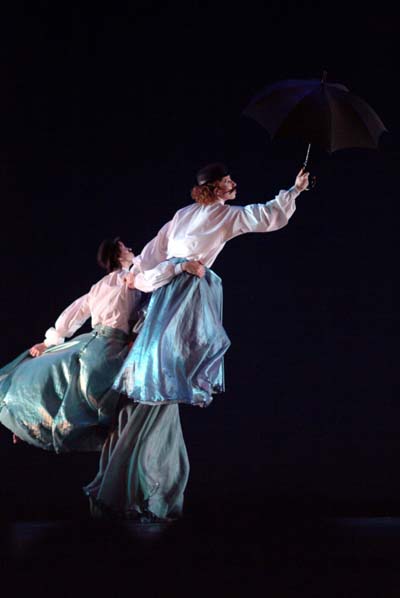 And with gracious permission, I am posting this letter Martha recently wrote:

It is with great sadness that I send you this news about Snappy.
After a successful ten-year national and international touring career, after being invited to some of the most elite national dance venues and international dance festivals and after building one of the broadest audiences for contemporary dance in the state, we have sadly come to the conclusion that, despite talent and audience appeal, there is currently no future in the state of Massachusetts for a touring modern dance company who aspires to hire fulltime professional dancers. There is and historically has been a talent drain towards New York and other cities, such as Philadelphia, which actively support their local modern dance companies financially at a substantial level. None of our local foundations with the necessary means care about contemporary dance companies who work on a national level and the organizations that do care, such as LEF, the MCC or NEFA, have no financial power to make a critical difference in the survival of a company that is attempting to exponentially grow from part-time to fulltime.

Snappy Dance Theater became the most actively touring Massachusetts dance company in the past 20 years and yet there was little to no acknowledgement by funding institutions or willingness to shift support for this highly talented group that had begun to put Boston on the national contemporary dance map. It is our hope that lessons can be learned from Snappy’s tenure. If Greater Boston wants a thriving professional contemporary dance scene, which would contribute to the cultural amenities that draw people to Boston, relatively modest but continuous support from institutional funders will be essential to build a sustainable cluster. At the same time that the Museum of Fine Arts has thus announced that it has successfully raised $500 million, we find that it was impossible to excite funders to nurture a cluster of contemporary dance companies and invest say, two million dollars, which would fund the salaries for dancers of several world class contemporary dance companies in Boston. At the moment, there is none.

Not to bring up overused terms, but we have known for a while that it takes a village to do what we have always dreamed of doing, but we have finally realized that this village lacks a town hall.

WE WERE SO CLOSE
Following our incredibly successful 2007 10th Anniversary, 14-performance Season in Boston we attended the Festival D’Avignon in France and received two invitations to tour in France in 09/10.We were also invited by the most important theater in Chicago, The Harris Theater for Music and Dance, for a week-long performance residency in 09/10.

After attending three booking conferences this year, we had plenty of enthusiastic presenters who expressed interest in bringing us for 2009/10. But they wanted to see us perform String Beings live, first. Unfortunately, without the necessary funds or dancers, it was unrealistic to do this.

Our final idea was to take advantage of an offer to self-produce in an 800-seat theater in New York City next January during the biggest booking conference of the year. However, as we started to plan, we realized that after a year without a presence in Boston, it would have been hard to remobilize fundraising for such an endeavor, and even if successful, it would have done little to overcome what we concluded are insurmountable obstacles to accomplishing our goals here in Boston.

THANK YOU!
I cannot thank those of you who did support us as much as you were able to enough for your faith in Snappy’s potential. We almost made it and at least we did make it onto the national radar.

THE FUTURE
I look forward to working on choreographic, theater and opera projects and future collaborations as an individual artist. Last September I choreographed scenes from “Simon Says”, directed by Myriam Cyr at the BCA. In May I created a piece for dancers from the Boston Arts Academy and in July, I enjoyed choreographing scenes from Commonwealth Shakespeare’s As You Like It. This year I am creating a play with playwright Joy Tomasko and Visual Artist Wendy Richmond which will be produced by The Women’s Project in New York City during the 09/10 season for a 5-week run. I also look forward to continuing an artistic relationship with Australian choreographer Cadi McCarthy, who identified me as a choreographer with whom she’d like to work when she received a Churchill Fellowship to study with choreographers around the world. We met for the first time in May, when she spent two weeks with me here. The hope now is that I will be brought to visit her and set a work on her company.

Go to the Boston Public Library! I’ve had the honor of having my portrait included in the just published, movingline, drawings by Channing Penna, now available on Amazon. It will also be in her movingline exhibition, now showing at the Boston Public Library through November 30th of this year. I hope you will make a point of stopping in to see her incredible work. There you will see other Boston faces familiar to you.
I am optimistic that our paths will cross again in the theater. Meanwhile, I thank you from the bottom of my heart and bid you a Snappy Farewell.

Cousins, from the Temperamental Wobble, commissioned by the Celebrity Series in 2004. Premiered at the Cutler Majestic Theatre. Photo by Rob Stack.

Photo of The Cirque Faces by Bonnie Duncan from Snappy Dance Theater.