You are here: Home / crafts / Granite and Thread 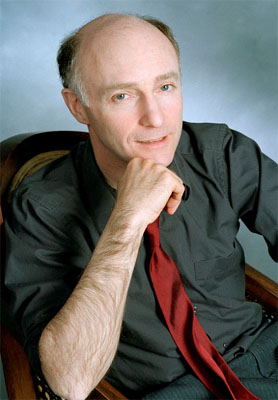 Anytime a Massachusetts composer premieres a new piece or a vibrant new performance space has its inaugural tones, it is, in our humble opinion, a prime occasion to high five. But the evening is notable, too, because it was part of the Rockport Chamber Music Festival, which runs through July 18 and will also include performances by contemporary Massachusetts composers Michael Gandolfi (Music Composition Fellow ’03) and Gunther Schuller.

Three fiber artists and a photographer, all with local ties, present a show called Threadbare, about the history and process of fiber art. The show runs at the A.P.E. Gallery in Northampton through June 26, with an opening reception on Friday, June 11 from 5-8pm. 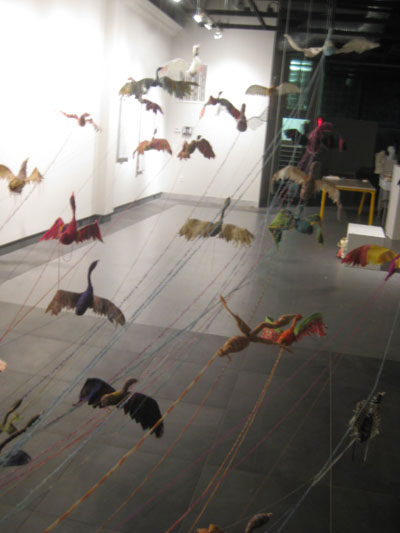 Among the creators is Northampton fiber artist Kathryn G. Swanson, who co-curated the show and contributed the installation “Coat of Many Colors” (pictured above). The show, which is funded in part by the Northampton Arts Council, takes crafts traditionally considered “women’s work” and explores their boundaries.

Later in the month, Threadbare welcomes the enigmatic theatre company The Missoula Oblongata, another boundary-exploring group that visits for a performance of their new play The Daughter of the Father of Time Motion Study, on Saturday, June 26, at 8 PM.

The Rockport Chamber Music Festival runs through July 18, 2010 at the Shalin Liu Performance Center in Rockport, MA. Threadbare runs at A.P.E. in Northampton, MA through June 26, 2010.