You are here: Home / literature / Going for the Gold 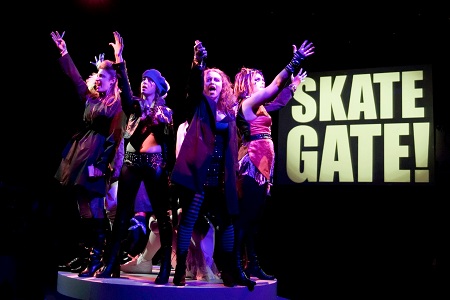 You might view the Tonya Harding/Nancy Kerrigan story as a key to understanding the scandal-devouring nature of American culture – a kind of tabloid Rosetta Stone. Or you might view it as an occasion to rock. In either case, you’d be right: Tonya & Nancy: The Rock Opera, returns the the A.R.T.’s Club Oberon in Cambridge for six performances July 18-21, 2011.

In early 2011, ArtSake hosted a conversation between writers Elizabeth Searle and Lise Haines, and Elizabeth discussed how the tumultuous mid-’90s saga of Olympic figure skaters Harding and Kerrigan captured her imagination. It provided the background of her novella-turned-blog-turned-film Celebrities in Disgrace and was the center-stage inspiration for her libretto in two operas – the most recent of which, a rock opera, is about to return to Club Oberon after a successful run in January and February 2011. 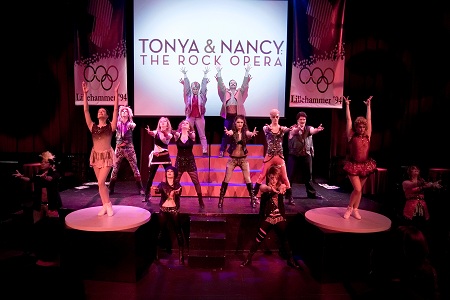 Listen to a review of TONYA & NANCY: THE ROCK OPERA by local poet Richard Cambridge.

The opera is a darkly comic look at two women “going for the gold,” Olympic skaters whose rivalry reached a bizarre apex when Kerrigan (a Stoneham native, incidentally) was attacked on the ice, her legs clubbed by Harding’s ex-boyfriend.

On ArtSake, Elizabeth said of the scandal:

It was one of the first crazy tabloid stories that took over 24/7 news coverage. One of my inspirations for pursuing it was that at that time, the conservative commentator George Will made the comment, “This is a ridiculous story that has nothing whatsoever to do with life in America today.” And I thought, ridiculous story, yes, of course. But it has everything to do with life in America. I thought that back in ’94; I think it even more now. This story just carries for me. It touches on all sorts of themes of American life: jealousy, the glittery surface of these pretty skirts and girls skating, but violence right underneath it, just brutal violence. And this desperation for attention and fame and acclaim that they both in their different ways had.

Public sentiment about the scandal – and the two central figures – seems to fall to extremes. “I’ve been working on this crazy stuff for the last six years, having many conversations with people, and they get worked up about Tonya and Nancy,” Elizabeth said. This shaped how she and her collaborators crafted the show, making it more audience-interactive to invoke an almost “Roman coliseum kind of feeling.” 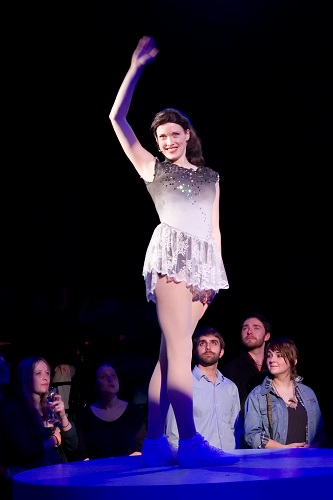 The opera – and the whole story – speaks, as Richard Cambridge puts it, “to the fleetness of fame, how effortless the rise & fall of our cultural heroes and heroines, how close we skate to the edge of our lives, (and) the soul-barter with our shadow selves.”

Tonya & Nancy: The Rock Opera, libretto by Elizabeth Searle, music by Michael Teoli, direction and choreography by Janet Roston, returns to the American Repertory Theater’s Oberon Stage in Cambridge, on Monday, July 18 and Tuesday, July 19, 2011 at 8 PM, and Wednesday, July 20 and Thursday, July 21 at 7:30 and 10 PM. Presented by Paul T. Boghosian/Harborside Films.