You are here: Home / artist to artist / Future of New Plays 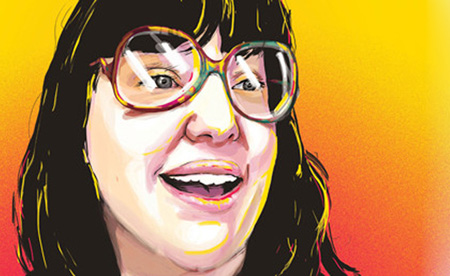 This summer, the Massachusetts new play community got a boost when Polly Carl, David Dower, and staff from the American Voices New Play Institute relocated to a new homebase at Emerson College, where they launched the Center for the Theater Commons (learn more about the group at an introductory event in Boston, 9/17, 7:00 PM)

The organization’s focus is international (rather than strictly local), but their work to advance new theater-making runs alongside a burgeoning local new play scene. The time seems right to think about how the landscape for new plays could continue to develop, for the better. So we asked artists: What do you hope to see in the new play community’s future?

David Valdes Greenwood, Huntington Playwriting Fellow
Plays aren’t fully plays until they are live on a stage. I’d love to see more places that use the term “development” actually commit to offering more than table reads and on-book concert readings. An off-book workshop staging, with even the most minimal production values, can help the playwright see the actual nature of the play as theatre, not only as dramatic text. In contrast, endless readings, which allow theatres to say they “develop” new work, do little reveal whether the play has legs in its intended 3-D environment.

Dawn M. Simmons, playwright/director, Co-Artistic Director of New Exhibition Room, Director of Programs for StageSource
I would love to see better funding for both the artists and the companies that produce new work by area writers. I’m also buoyed by the growing appreciation for local writers and new work by Massachusetts’ audiences. If we continue to cultivate that appreciation throughout the Commonwealth and get it to radiate outside of New England to the rest of the US I think we can establish ourselves as a center for artistic innovation in the same way we’re a center for academic and technological innovation.

Shawn LaCount, Artist Director, Company One
I hope to see brave, daring and brilliant playwrights (or theater makers) produced by adventurous, mission driven theater companies (or ensembles) with a focus on the theatrical event, bending and manipulating the form while telling truly relevant stories that reach audiences across age, race and class lines. Local funding would provide a sense of pride, confidence and loyalty among theater makers, theater goers and future theater lovers of all kinds. Boston creates very important new plays. It is high time the region celebrates that work.

Rosanna Yamagiwa Alfaro, Dramatic Writing Fellow ’11
I think local theaters should lower their ticket prices, put on new work festivals, and open up their dark nights to readings of new works. They should have resident playwrights and monthly writing groups so playwrights, usually the most solitary members of the theater community, feel they have a professional roof over their heads. The development time for new plays should be cut in half and the number of full productions should double. Local arts councils and other grant giving organizations should fund as many individual playwrights as they do theaters. All this might result in more experimental, political, and structurally and emotionally complicated plays both on main stages and in unexpected spaces.

Obehi Janice, performer/writer/director, FUFU & OREOS
rewrite everything. We are a region with an adoration for history, but I think we can do more to rewrite our narratives and tell new stories. For example, rewrite the Boston/NY thing. We know what that thing is, and I’m more than sick of it. Inferiority complex, the Sox versus the Yankees, fame versus local acclaim, it’s all fudge. If you live and work here, you are here for a reason. Bloom where you’re planted and if a new season has better soil, move on to the next. If you are a Bostonian, develop your soil. flip the process. Self-produce, devise, and find new definitions for development. Perform first, and then write (this is my process). Producers can think beyond “community engagement/outreach” and consider new ways of devising theater that change the experience of the Boston audience member. Play-make with the abandon of a kindergartner. If you like your work, try to produce it yourself. If your friends like your work, ask them to help you. Which leads to… seek your tribe. This is a collaborator thing. This is a collective thing, both formal and informal. I guess I’m stealing the tribe-idea from Seth Godin, but I’m Nigerian, so the functionality of like-minded people has been in my cultural history for ever (or, to be blunt, “tribe” has always been in my vocabulary). Maybe your writer’s group can become a producing/presenting organization. Think beyond traditional production. Most importantly, consider helping someone else develop their soil.

a new culture of discourse. I think that what we don’t say is often the loudest statement. What we don’t ask is often the biggest question. For example, I desire more discourse on Black identity politics. I might ask: Where is Black theater in Boston? Is Black culture represented in high art? Does it matter? Why am I the only Black person in this audience right now? What is a Black play? Should a Black play employ a Black director? and Why do I feel hidden? I believe a new culture of discourse can push development forward and make connections more profound, beyond the symbolic way the #1 Bus connects Harvard Square and Dudley Square…

Luckily, new play-making in Boston has no status quo. It is ever-evolving. Every day I sense a shift.