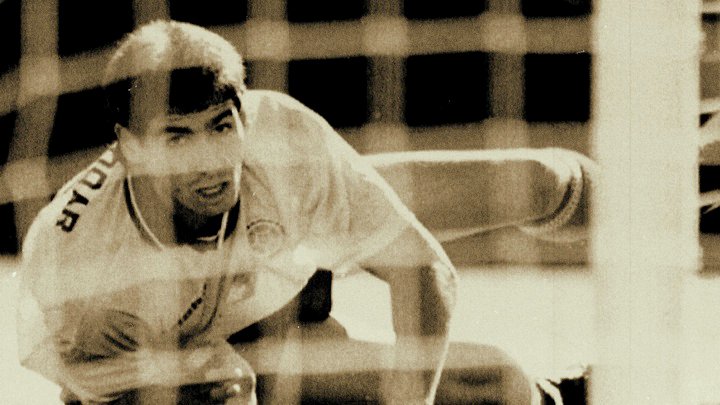 In an interview with Linda Hassler in Huffington Post, Jeff Zimbalist (Film & Video Fellow ’05) and Michael Zimbalist discuss how their film The Two Escobars originated not with PBS or HBO (as you might expect with an international documentary), but with ESPN. The sports network invited the brothers to create a film for the 30 for 30 project, which commemorates the network’s 30th anniversary with 30 documentary films about sports. The organizers wanted a South American story and knew of Jeff’s film Favela Rising, about a hip hop movement that counteracts the ravages of drugs and crime in one of Rio de Janeiro’s most violent slums (incidentally, it’s the film that won Jeff a 2005 MCC Artist Fellowship).

Searching for a subject to explore for 30 for 30, the Zimbalists learned about the intriguing overlaps in the lives of Andres Escobar and Pablo Escobar, Colombian soccer star and drug kingpin (respectively). The stories of these two unrelated, unalike men make for a fascinating portrait of the world of Colombian soccer in the 1990s.

The film premiered at the Tribeca Film Festival (where it received great reviews), recently screened at the Cannes International Film Festival, and has its ESPN premiere on June 22, 2010 (the anniversary of a fateful 1994 match between the U.S. and Colombian soccer teams).

Marlo received an MCC fellowship based on the artistic excellence of her documentary Mai’s America, about a Vietnamese exchange student in rural Mississippi. Marlo later won renown for her documentary Run Granny Run, about nonagenarian Senatorial candidate Doris “Granny D” Haddock. From LEF, she received a $15,000 production grant to work on The Mosuo Sisters, about two sisters who lose their jobs in Beijing and return home to a remote Himalayan village to help keep their family afloat.

Jeff Silva, who co-founded and co-curates the Balagan Film Series, won fellowships from the Somerville Arts Council and the MIT Council for the Arts for his film Balkan Rhapsodies. LEF awarded him a $25,000 post-production grant for his film Ivan and Ivana, about a couple from war-torn Kosovo, now making a life in the US.

Read our Fellows Notes for more news about past and present fellows/finalists from the MCC Artist Fellowships Program.

Image: still from THE TWO ESCOBARS by Jeff Zimbalist and Michael Zimbalist; video clip from BALKAN RHAPSODIES by Jeff Silva.