In September, past MCC fellows/finalists venture into imagined flora, faraway lands, outer space, the impermanent, the temporary, and the nearly not. (For starters.)

And now, we venture into our monthly round-up of the news of past awardees of our Artist Fellowships Program. 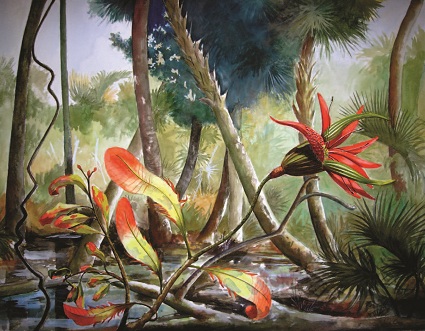 Karen Aqua (Film & Video Fellow ’11) will be honored by the Institute of Contemporary Art/Boston in a tribute program, on Sunday, September 25, 2011, 3 PM. Read more about the program on ArtSake.

Sally Bellerose (Fiction/Creative Nonfiction Finalist ’04) will read from her novel The Girls Club at Forbes Library in Northampton on Saturday, September 24, 2011, at 3 PM. The novel tells of the complicated, interconnected lives of three working class sisters in small town Massachusetts.

Congratulations to Alice Bouvrie (Film & Video Fellow ’11), whose documentary Thy Will Be Done now has a distribution partnership with New Day Films. The film will be appearing at Heart of England International Film Festival in the UK, September 7-18, 2011. The film, an excerpt of which won the artist an 2011 Artist Fellowship, will also be screening at the North Louisiana Gay & Lesbian Film Festival in Shreveport, LA on September 17 (12:30 PM) and September 20, 2011 (5:30 PM, followed by a panel discussion). Next month, along with a screening at the International Film Festival Australasia in Australia, the film will be shown at Lesley University‘s Marran Theater in Cambridge on October 12, 2011, at 7 PM.

John Cameron‘s (Crafts Fellow ’11) work is included in New Hampshire Furniture Masters 2011. The annual auction is on September 10, 2011, at the Currier Museum of Art in NH.

Cheryl Clark (Poetry Finalist ’10) will read her poetry on Saturday, September 24, 3 PM, at Outpost 186 in Inman Square, Cambridge, as part of the Unaffiliated Reading Series. 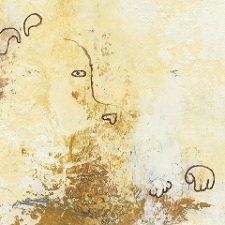 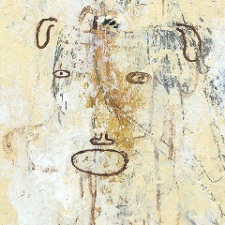 Rebecca Doughty (Painting Finalist ’10) has a solo show of new paintings, called Nearly Nots, at The Schoolhouse Gallery in Provincetown. The show runs September 2-21, 2011, with a reception on Friday, September 2, 7-10 PM.

Vico Fabbris (Painting Fellow ’06, Drawing Fellow ’00) will have an exhibition titled Floragenis at the Rice Polak Gallery in Provincetown from September 1 to September 15, 2011. Opening reception, with the artist, Friday, September 2, 2011 at 7 PM. An interview with Vico Fabbris on his Floragenis exhibition at the Rice Polak Gallery will appear in the Provincetown Banner on Thursday, September 1, 2011, written by art historian and art critic Susan Rand Brown. 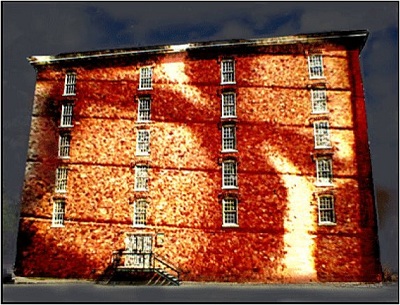 Brian Knep (Sculpture/Installation Fellow ’11) is showing Healing 2 as part of the group show Building Expectation: Past and Present Visions of the Architectural Future at Brown University in Providence, RI. The show runs at the David Winton Bell Gallery September 3-November 6, 2011, with an opening reception and curatorial talk on Friday, September 9, 5:30-7:30 PM.

Jesse Kreitzer (Film & Video Finalist ’11) has launched a Kickstarter campaign to raise funds for his independent feature film, The Wake. The film, which was recently selected as a finalist for the 2012 Sundance Institute’s Screenwriter’s Lab, is the story of a grief-ridden social worker who cares for a dying woman in secrecy from his wife and two children.

Dawn Lane (Choreography Fellow ’10) will premiere a new work of dance, one potato, two potato, at the Doris Duke Theatre at Jacob’s Pillow on September 2, 2011 (8 PM) and September 3, 2 PM and 8 PM. The work draws on aspects of Irish culture & history (i.e. knitting, the famine and Irish dance) to explore perceptions of excess, wastefulness, having enough, or nothing. Dawn’s MCC Fellowship, as well as a Jacob’s Pillow Dance Festival Creative Development Residency, helped pave the way for the new work. One potato, two potato is presented in cooperation with Jacob’s Pillow Community Dance Programs and Community Access to the Arts. Read Dawn’s post about the development of one potato, two potato, on ArtSake.

Scott Listfield (Painting Finalist ’10) is among the artists with work in Lift Off: Earthlings and the Great Beyond at the Paul Robeson Galleries at Rutgers University in NJ. The exhibition is in the Main Gallery September 1, 2011-January 5, 2012, with an opening reception and catalog launch Thursday, September 15, 5-7 PM. Follow Scott’s new blog for more info on his upcoming solo show at the University Gallery at UMass Lowell, Astronaut: Paintings by Scott Listfield. That show will run November 7–December 2, 2011, artist talk & reception November 8, 3-5 PM. Finally, Scott is featured in a recently released book documenting the great Crazy 4 Cult art shows at Gallery 1988 in Los Angeles.

Christian McEwen‘s (Playwriting Fellow ’11) new book World Enough and Time: On Creativity and Slowing Down will be published by Bauhan Publising this month. The book reflects on how slowing down the pace of one’s life can have profound benefits, including on creativity. 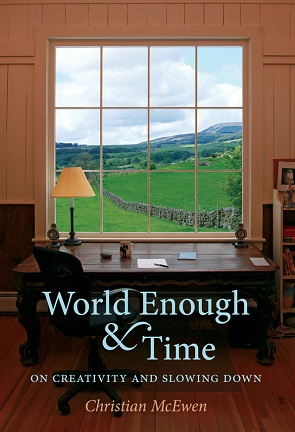 Nathalie Miebach (Sculpture/Installation Fellow ’09) has two solo shows in Massachusetts, this month: Musical Storms is on exhibit at the Cushing-Martin Gallery at Stonehill College in Easton from September 22-October 31, 2011, with an opening reception October 5, 6-7:30 PM. Another solo show, Changing Waters, is on exhibit at the Arsenal Center for the Arts in Watertown September 30-November 30, 2011.

Anne Neely (Painting Finalist ’10) has a solo exhibit, Mopang: Recent Paintings on view at Lohin Geduld Gallery in NYC, from September 7 through October 8, 2011, with an opening reception September 8, 5–7 PM. A catalog with essay by Jonathan Franzen (who, incidentally, won our Artist Fellowship in 1986!) accompanies the exhibit.

Eric Henry Sanders‘s (Playwriting Fellow ’09) play Reservoir is being remounted at Theater 89 in Berlin (translated title: Haseks Heimkehr), following a successful production there in May. There was one performance in August, and upcoming performances September 9, 10, 16, and 17, 2011.

Tara Sellios (Photography Fellow ’11) is preparing for a solo show called Lessons of Impermanence at The New England School of Art & Design, this November 2011.

Steve Tourlentes (Photography Fellow ’11, ’05) currently has a piece in Night Vision, an exhibition on display at the Metropolitan Museum of Art in New York City through September 16, 2011. 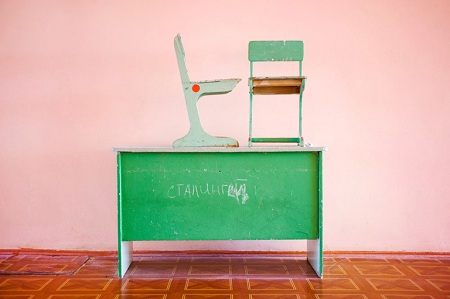