Take a break from back-to-school shopping (pencils pencils need more pencils!) and check out this month’s news from past MCC Fellows/Finalists. 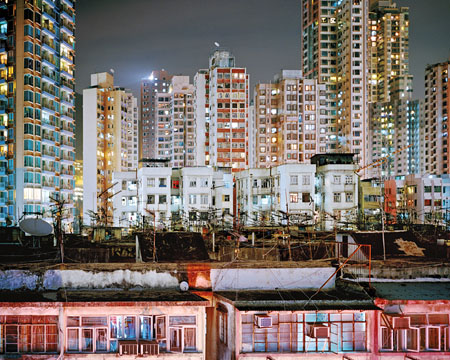 The show Pedigree at the New Art Center includes Elizabeth Alexander, Caleb Cole, Cynthia Consentino, Joo Lee Kang, and Shelley Reed, among others. The show is curated by Liz Devlin of FLUX.Boston and runs 9/16-10/14.

Edie Bresler and Colleen Kiely are both included in the group show Confabulation at the Trustman Gallery at Simmons College (thru 10/3, opening reception 9/12, 5-7 PM).

Scott Listfield and Matt Brackett are exhibiting in Buddy System (9/5-9/28) at Breeze Block Gallery in Portland, OR.

Timothy Coleman‘s new cabinet “Summer” is featured at the Society of Arts and Crafts on Newbury Street in Creative Minds, Disciplined Hands (thru 10/19, reception 9/20, 6 PM). And his work “Yew and Me” will be at the Fuller Craft Museum in Made in Massachusetts: Studio Furniture of the Bay State, part of the Four Centuries of Massachusetts Furniture project.

Betsy Damian illustrated the children’s book I Am a Child of the Caribbean / M se yon timoun Karayib, which is now available on Amazon.

Andrea Sherrill Evans has a solo show, In the Clearing, at the Carol Schlosberg Alumni Gallery at Montserrat College of Art (thru 10/12, opening reception 9/16, 5-7 PM, Artist Talk 9/17 11:30 AM). She’s also participating in 8-Hour Projects: Performativity at The Bowman~Penelec~Megahan Art Galleries at Allegheny College (thru 9/22) and the upcoming Mean Girls exhibition at Penn State New Kensington Art Gallery (October).

Vico Fabbris has an exhibition of paintings at Rice Polak Gallery in Provincetown (8/29-9/11, opening reception 8/30, 7 PM).

Georgie Friedman has re-installed her nine foot tall installation Dark Swell for an exhibition at the Morlan Gallery at Transylvania University in Kentucky (9/6-10/11).

Conley Harris received a Visual Art Residency at the Sanskriti Foundation for artists and writers in New Delhi, India, where he’ll be painting for the month of October.

Gregory Hischak is among the poets reading in the 8th Annual Poetry Showcase at the Plymouth Center for the Arts (9/14, 1 PM).

Cathy Jacobowitz‘s novel One-Way Rain has been released. Read about the author’s decision to self-publish the novel.

Wendy Jehlen will perform her solo dance work Lilith at Arsenal Center for the Arts in Watertown (9/12-9/15). Details at www.anikai.org.

Kathryn Kulpa will read with Judah Leblang and CD Collins as part of the Cervana Barva Press Reading Series at Center for the Arts at the Armory in Somerville (9/12, 7 PM).

Matthew Mazzotta worked with Coleman Center for the Arts in York, Alabama to create a work of community-building public art, Open House. The artist designed a structure that resembles a house and opens up to create an open air theatre. See more.

Caitlin McCarthy wrote a guest post on the Stage 32 blog about development of her film Wonder Drug.

Nathalie Miebach is in a group show called All Things Considered hosted by the National Basketry Organization, at Arrowmont School of Arts and Craft in Gatlinburg, TN (thru 10/19). Also, her solo show Changing Waters is at the California Folk Art Museum in Los Angeles (9/25/13-1/14/14).

Mary O’Donoghue‘s short story “Ghost Estate” appeared in the journal Literary Imagination in July 2013. At the beginning of the year, her short story “Honest, or Nine Precious Insights” appeared in audio format in The Drum.

Matt Rich has two solo shows this month: Matt Rich: Lookout Parade at Emerson-Dorsch in Miami, FL (thru 10/12) and Matt Rich at Holly Johnson Gallery in Dallas, TX (thru 11/16).

Susan Rivo is launching an Indiegogo crowd-funding campaign for her film Left on Pearl with an event at the Cambridge Community Center (9/15, 7-9 PM).

Elizabeth Whyte Schulze‘s basketry is featured in the show Celebrating the Vessel at Mobilia Gallery (9/14-10/31).

Congratulations to Peter Snoad: Hibernian Hall, a multicultural arts center in Roxbury, has made him its Visiting Playwright for 2013/14 and will produce four of his full-length plays. First up will be the premiere of Raising David Walker, which runs October 24-27. Set in 1979 during Boston’s busing crisis, the play tells the story of a young Black woman and her life-changing quest to discover if the Black abolitionist David Walker was assassinated. Vincent Ernest Siders is directing. The three plays by Peter to be staged in 2014 are The Draft, Guided Tour, and Identity Crisis. Production dates have yet to be announced.

Lewis Spratlan will be in residence during September and October at the Liguria Study Center for the Arts and Humanities in Bogliasco, Italy, where he will be working on a new opera. His Horn Quartet, in memory of the victims of the Sandy Hook Elementary School Massacre, will be premiered at the Five College New Music Festival in Bezanson Recital Hall, UMass, Amherst (9/7, 7:30 PM).

A staged reading of Joyce Van Dyke‘s Deported / a dream play will be performed at Clark University Little Center, Michelson Theater (9/10, 7 PM). Judy Braha directs, and a q&a will follow the reading.

Hannah Verlin‘s solo show Fates & Furies, exploring the mythic sagas of American history, runs at Boston Sculptors Gallery (9/4-10/6, First Friday Receptions 9/6 and 10/4 5-8 PM). The artist will be at the gallery 9/8, 9/15, and 9/22. Also, her installation Veil will be on view as part of Secrets & Motion presented by Luminarium Dance at the Center for the Arts at the Armory in Somerville (performances 9/13-15).

Andy Vores‘s opera No Exit, an adaptation of the John-Paul Sartre play, will be revived by Guerilla Opera, at the Zack Box Theatre at Boston Conservatory (9/19-9/22).

Marguerite White presents the workshop Invisible Cities: Drawing with Light and Shadow with Marguerite White at the Mills Gallery at the Boston Center for the Arts (9/7, 2-5 PM), in conjunction with the exhibit Drawing Connections.

Ellen Wineberg‘s solo show In Context II: Paintings\Assemblages will be at the Danforth Art 9/8-11/3. Artist talk 9/22 and Oil Stick workshop 9/29.