As Autumn marches on and becomes increasingly, well, autumnal, take a minute to read the latest news from MCC’s past and present Fellows/Finalists. 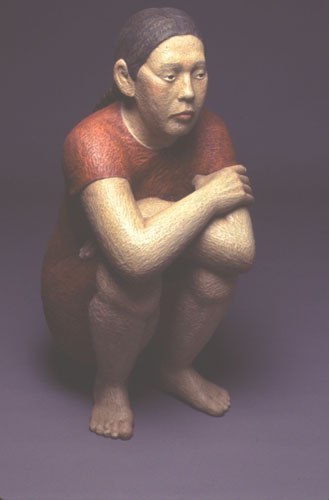 Sachiko Akiyama has a solo show, On Finding Home, at the University of Maine Museum of Art 10/4-1/4.

Rick Ashley gave a spotlight talk at the recent Danforth Art Fall Open House about his “Michael” series of photographs (some of which he submitted to win his MCC Fellowship).

Steven Barkhimer‘s play Windowmen (an early version of which he submitted for his MCC grant), will run at Boston Playwrights’ Theatre 10/31-11/24.

Sarah Bliss is one of six moving-images artists awarded a monthlong residency in rural Scotland, sponsored by the Alchemy Film Festival. She’ll be working with Scottish sound artist James Wyness to document and record the cultural and environmental landscapes of the Tweed River Valley.

Seamus Connolly was honored at a ceremony in Washington D.C. as a National Heritage Fellow.

Jane Gillooly‘s film Suitcase of Love and Shame will screen at the MFA Boston 10/12, 3 PM.

Congratulations to Elizabeth Graver whose novel The End of the Point is on National Book Awards Longlist for Fiction.

Conley Harris received a Visual Art Residency at the Sanskriti Foundation for artists and writers in New Delhi, India, where he’ll be painting for the month of October.

Sarah Malakoff has published a new monograph of her photographs, Second Nature, and has a solo exhibition at Miller Yezerski Gallery (10/25-12/21, opening reception/book signing on 11/1, 6-8 PM).

Ilana Manolson‘s latest show, Flow, is at Clark Gallery 10/8-11/2. In addition to oil paintings, the show contains a series of large one-of-a-kind prints made this summer in Venice.

Brendan Mathews wrote a guest post about things he’s learned as a writing teacher, for the Ploughshares blog.

Nathalie Miebach will have work in the 25th Anniversary of the Visual Arts Sea Grant at the University of Rhode Island (10/1-10/30), a celebration of artists who have won the award. She’ll also be showing at Climate Art: New Ways of Seeing Data (10/11-11/27) at the IMC Lab in New York City as part of the Marfa Dialogue series on Climate Change.

Kathryn Ramey was recently featured in an article in the Roslindale Transcript.

Matt Rich is in a group show investigating the intersection of painterly abstraction and the object at the Columbus College of Art and Design (10/11-1/10).

Susan Rivo has launched an Indiegogo crowd-funding campaign for her film Left on Pearl, running through 10/25. Read a Cambridge Chronicle article about the project.

Jieun Shin is in the group show System Preferences at SCA Contemporary Art in Albuquerque, NM (thru 11/1).