Here’s some spook-tacular news about the current goings-on with past MCC fellows/finalists. (Actually, it’s not really spooky at all, but, you know, Halloween month and everything… just tryin’ to get in the spirit!) 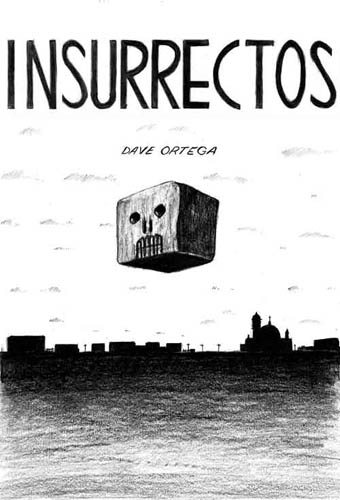 Kathryn Burak, Regie Gibson, Henriette Lazaridis Power, Daniel Tobin, and Joan Wickersham are among the many authors participating in the Boston Book Festival (10/27).

Marc Cooper, Warren Mather, and Megumi Naitoh are all included in Earth and Alchemy, a show of contemporary ceramic sculpture, at the Stephen D. Paine Gallery at Massachusetts College of Art & Design (thru 11/24).

Self/Fabricated, an exhibition curated by Candice Smith Corby and Leslie Schomp, includes work by the curators, Ilona Anderson, David Curcio, Wylie Sofia Garcia, Jan Johnson, and Joetta Maue. The show, which explores autobiography through cloth and stitching, is at the Art Complex Museum in Duxbury (thru 1/13/13). Read a q&a with the curators.

Mobilia Gallery in Cambridge has a bustling exhibition schedule, including shows featuring MCC grantees. Both Mariko Kusumoto and Elizabeth Whyte Schulze showed work in September, and Leslie Sills will be part of The Tea Pot Redefined 2012 (thru 11/15).

Kathryn Burak will hold a launch party for her new novel, Emily’s Dress and Other Missing Things, at the Milton Public Library, 10/2, 6:30 PM. Read about her book in the Boston Globe!

Rebecca Doughty exhibits a new series of drawings, entitled Inkies, at the Schoolhouse Gallery in Provincetown (thru 10/24).

Danielle Legros Georges will read from her poetry collection Maroon at Pine Manor College (10/2, 12:10 PM). Later this month, she’ll read as part of Dorchester Open Studios at Humphreys Street Studios (10/20, 2:50 PM). (Two other past MCC awardees, Anna Ross and Daniel Tobin, will read as part of the same event.)

Congratulations to Laura Harrington for winning a MassBook Award in Fiction for Alice Bliss!

Zehra Khan, along with partner Tim Winn, have two installations (entitled Separation and Shipwrecked) in the 10 Days That Shook the World: the Centennial Decade multi-media exhibition at the Herring Cove Beach Bathhouse in Provincetown, MA (thru 10/7).

Fred H.C. Liang is showing in Out of the Ruins, an exhibition at New Art Center in Newton (thru 10/12).

Along with exhibiting in Elsewhere (mentioned above), Scott Listfield has work in Intergalactic at The Dunedin Fine Art Center in Florida (thru 12/21), Invitational Dartmouth Alumni Exhibition at Dartmouth College in Hanover, NH (thru 12/1), and Bad Dads at Spoke Art Gallery in San Francisco (10/26-11/24). And he’s got a solo show, Astronaut at the Gallery in Sanders at Fitchburg State (10/24-11/27, opening reception 10/24 6 PM, artist talk at 6:30 PM).

Caleb Neelon is part of the Mural exhibition at Blanc Gallery.

Lydia Kann Nettler has a new installation, Embedded Legacies, at the Women’s Studies Research Center at Brandeis University (thru 12/18).

Dave Ortega let us know that he used his finalist award to publish a limited edition comic on newsprint entitled Insurrectos. The comic was made available at the Small Press Exposition in Bethesda, MD in September. Both this comic and his comic Abuela Y Los Dead Mexicans were acquired by the Library of Congress for their collection.

Monica Raymond will take part in the Art and Activism conference at Montserrat College in Beverly (10/26), presenting Some Artists of Occupy Boston.

Janet Rickus has new paintings on exhibit at the Clark Gallery (thru 11/3).

George Rosen is publishing a new short story collection, The Immanence of God in the Tropics, in November. (Read this starred review in Publishers Weekly, where it was a “Pick of the Week.”) The book includes the story “A Second Language,” which George submitted for his MCC grant. He’ll read from the book at the Gloucester Writers Center (11/28).

Elizabeth Slayton is among the artists featured in Consuming Passion: Food as Metaphor in Art at the Concord Art Association (10/18-11/18, opening reception 10/18).

Hannah Verlin‘s show Far Away Up Close is at the Montserrat College of Art 301 Gallery (thru 10/13).

Joan Wickersham publishes a new short story collection, The News from Spain: Seven Variations on a Love Story in October. It was included in Vogue’s “Fall’s Standout Fiction” list. Find her upcoming readings on her web site.

Judith Wombwell is among the choreographers featured in the Third Life Choreographers Series in Somerville (10/19, 8 PM), organized by Kelley Donovan.