Before/after you cast your ballot today, elect to read the latest news from MCC’s past Fellows/Finalists. 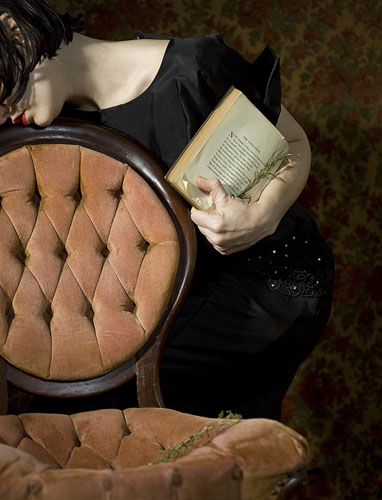 Matt Brackett: Dark Animal is at Alpha Gallery (thru 11/28).

Prilla Smith Brackett‘s solo show Promises to Keep: Monoprints is at the Bromfield Gallery (thru 12/1). Read her nano-interview.

Cheryl Clark was a finalist for the CutBank Chapbook Contest.

Caleb Cole has a solo show, Odd One Out and Dolls at Gallery Kayafas (thru 11/24).

Perry Glasser published his novel Riverton Noir (Gival Press) on October 2. His collection of memoirs, metamemoirs, will be published from Outpost19 on December 1. Perry reads from his work at the Boxford Library (11/29, 6 PM).

Chris Gustin has a retrospective exhibition, Chris Gustin: Masterworks in Clay, at the Fuller Craft Museum (thru 2/24/2013).

Wendy Jehlen performs the The Knocking Within at the BU Dance Theater (11/10, 5PM and 8PM).

Photography by The Space in Between at the Photographic Resource Center in Boston (thru 1/19).

Congratulations to Andrew Krivak, whose novel The Soujourn won the 2012 Dayton Literary Peace Prize for fiction.

In March, U of Wisconsin Press published Joy Ladin‘s memoir, Through the Door of Life: A Jewish Journey Between Genders; in June, her sixth book of poetry, The Definition of Joy, was published by Sheep Meadow Press. Her work has been published in Feminist Studies, LambdaLiterary, Belladona*, New Haven Review, Bodies of Work, Right Hand Pointing, Stone Highway Review, Rufous City Review and an anthology, Before There is Nowhere to Stand: Palestine / Israel. Along with many readings throughout the country, she was also awarded the Continuing the Legacy of Stonewall Award and was nominated for a Pushcart Prize.

Rania Matar has joined Carroll and Sons Art Gallery as her home gallery in Boston and Sana Gallery in Singapore. Her exhibition A Girl in Her Room is at Blue Sky Gallery in Portland (thru 12/2).

Elaine Spatz Rabinowitz is included in Where We Live, a three-person show at the Trustman Gallery, Simmons College (11/15-12/13). She’s also featured in Chawky Frenn’s new book, 100 Boston Painters, and was recently in the exhibition Out of the Rubble at Bowling Green University.

Monica Raymond will have a reading of her play A TO Z as part of the Wordsmyth Play Reading Series, Houston, Texas (11/12). And as part of Monica’s work as a PlayPen Playwright at Central Square Theater in Cambridge, her play The Owl Girl will have a reading (11/27, 7 PM), with Ken Baltin, Stephanie Clayman, others tbd. As a poet, her poem “The Talking Dog Speaks to the Corporation” – inspired by Occupy Boston’s Operation Woof – is published in Verse Wisconsin’s current issue.

Angela Zammarelli was among the artists whose work was featured in the Massachusetts International Arts Festival‘s exhibition at the Victory Theatre in Holyoke. Read a review by Samuel Rowlett.