Spring is a-bloom, allergens are omnipresent, and Massachusetts artists are being their usual awesome. Here’s this month’s news from past MCC fellows/finalists. 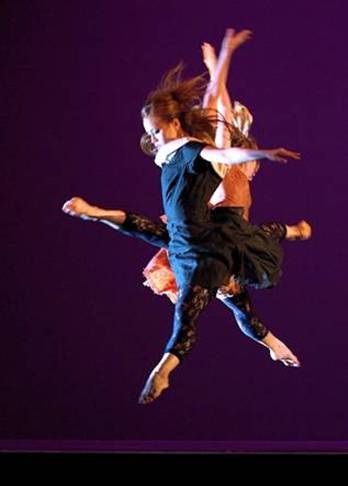 This month, the Massachusetts Poetry Festival takes place in Salem, Massachusetts (you’ll see events featuring past fellows/finalists throughout this month’s notes). But we wanted to be sure to draw your attention to Follow the Fellows at the Phillips Library in the Peabody Essex Museum, 4:30-5:45 PM, on Saturday, May 14. The event will feature readings by MCC Poetry Fellows Ben Berman (’08), John Canaday (’10), Patrick Donnelly (’08), Regie Gibson (’10), Sharon Howell (’10), Rosann Kozlowski (’10), and Leslie Williams (’10).

Steve Almond (Fiction/Creative Nonfiction Fellow ’08) is featured in two events at the upcoming Massachusetts Poetry Fest. He will read his own (good) poetry (Main Stage, 2-2:20 PM, 5/14), before exploring bad poetry (The Gathering, 3-4 PM, 5/14) as judge of the Festival’s Bad Poem Contest

Diane Arvanites-Noya and Tommy Neblett (Choreography Fellows ’04, ’08), directors of Prometheus Dance, will premiere Desiderare, an evening-length dance work at the Cambridge Multicultural Arts Center, Thursday-Saturday, May 12-14, 8 PM. “Desiderare” means “to wish, to want, to like, to desire.” 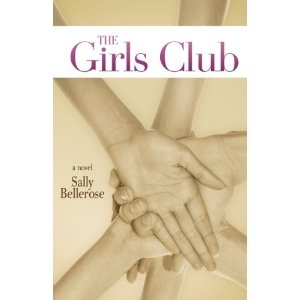 Sally Bellerose (Fiction/Creative Nonfiction Finalist ’04) won first place in fiction and will be a featured reader at The Saints and Sinners Literary Conference in New Orleans, LA. Her story Fishwives will also appear in the conference’s anthology of short stories. All proceeds of the anthology are being donated to the No/AIDS Task Force. The conference takes place May 11-15, and Sally will read her winning short story on May 11. She will also read from her soon-to-be-released novel, The Girls Club on May 13. The Girls Club won the Bywater Prize and will be published by Bywater Books with an August release date.

Ben Berman (Poetry Fellow ’08) has new poems coming out in Solstice Quarterly and Drunken Boat and his poem Good Grief was just nominated for Best New Poets 2011 by Unsplendid. At the Mass Poetry Fest, Ben will lead the Grub Street Poem Generator workshop at Green Land Cafe, 12-1:30 PM, on May 14.

Simeon Berry (Poetry Fellow ’06) will read work at part of the Salamander Reading at the Mass Poetry Fest, at The Gathering, 5:30-6:30 PM, on May 13. It’s a reading from editors and contributors to Salamander Literary Journal.

Jamie Cat Callan (Fiction/Creative Nonfiction Fellow ’10) will read from her latest book, Bonjour, Happiness!, at New York City’s Tribeca Barnes & Noble on Monday, May 16th at 7 PM. Dress like a French woman and win a prize!

Shawn Cody‘s (Playwriting Fellow ’07) new music theater work The Water Dream is playing in concert, featuring Anthony Rapp (Original Broadway Cast and Feature Film of Rent), at the Peter Jay Sharp Theater in New York City, May 28, 29, and 30, 8 PM. It’s open to the public, but reservations are recommended. Email with name, night, and number of seats. The Water Dream (read an excerpt) is a multi-media musical with whale puppets and an on-stage aquarium. 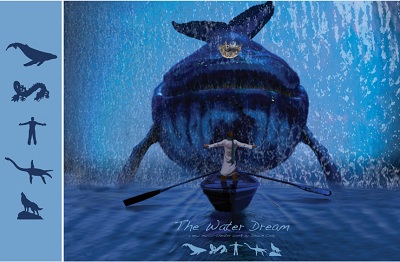 Patrick Donnelly (Poetry Fellow ’08) offers a workshop on How to Be a Good Public Reader of Your Own Poetry as part of the Mass Poetry Fest, at the House of Seven Gables Hooper House #1, 2-3:30 PM, May 14.

Rosalyn Driscoll (Sculpture/Installation Fellow ’97) is among the artists contributing to the collaborative installation Just Under the Surface, which explores the aesthetic, emotional, bodily and metaphysical possibilities of an art that integrates all the senses, especially touch, using sculpture, moving image, sound and word. It is on exhibit at The Crypt Gallery, a former burial site under St. Pancras Church, in London, May 6-19, 2011.

Vico Fabbris (Painting Fellow ’06) has a solo show of watercolor paintings and work-on-paper called Florasynthesis, at Gurari Collections in Boston May 6-29, 2011. There will be an opening reception on Friday, May 6, 6-8 PM, as part of the South End Gallery District’s First Friday event.

Kate Feiffer (Film & Video Finalist ’03) reads from My Side of the Car, her children’s book illustrated by her father, Jules Feiffer, at Porter Square Books in Cambridge, May 19, 9 AM.

David Fiuczynski (Music Composition ’09) was among the artists and scholars who received a 2011 Guggenheim Fellowship.

Regie Gibson (Poetry Fellow ’10) hosts the The Headword Poetry Presentation, performances by area spoken word poets as part of the Mass Poetry Fest, at the Main Stage, 1:30-2:45 PM, on May 14. 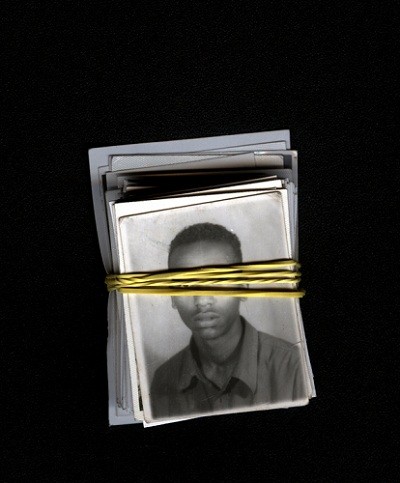 Eric Gottesman (Photography Fellow ’09) is now being represented by Clark Gallery in Lincoln. He has two solo shows coming up: Paths that cross cross again at TPW Gallery in Toronto, May 12-June 15, 2011, part of the Scotiabank Contact Photo Festival, and Intimacy is the Reconciliation of Foreignness and Habit, running June 30-October 2, 2011 at Real Art Ways in Hartford, CT. Eric is curating the Apex Art show in Amman, Jordan as part of the 2011 Franchise Award. The show is called We Have Woven the Motherlands with Nets of Iron and runs May 4-June 4, 2011. This year, Eric will be publishing a book of his work in Ethiopia, with Umbrage Editions. Eric will seek finishing funds for the project, called May the Finest in the World Always Accompany You!, through Kickstarter – stay tuned. He will be the Artist-In-Residence at Amherst College in Spring 2012. Furthermore, he will have work in the Artadia group show at the San Francisco Art Institute in July 2011.

Rachel Kadish (Fiction/Creative Nonfiction ’08) has a fascinating essay about her cousin, an Israeli artist who becomes a protest art icon, in the Good Men Project.

Frannie Lindsay (Poetry Fellow ’06) takes part in The First and Last Word Poetry Series at the Center for Arts at the Armory in Somerville on May 17, 6:30-9 PM. Earlier this month, she’ll join Nancy K. Pearson (Poetry Finalist ’10) and other poets as part of BEG, BORROW, AND STEAL at the Mass Poetry Fest (House of Seven Gables #1, 3:30-4:45 PM, May 14), a reading featuring Perugia Press poets.

Congratulations to Melinda Lopez (Playwriting Fellow ’03), who won an IRNE Award for her play From Orchids to Octopi.

Congratulations to Caitlin McCarthy (Playwriting Finalist ’11) who signed a contract with Populus Pictures in London to develop her film script Resistance. Also, Caitlin’s work to raise awareness about the DES drug disaster was featured in The Boston Globe Magazine, which discusses her screenplay about DES, Wonder Drug (read an excerpt). Caitlin will be on a speaking panel, DES Forty Years Later, to Be Held At Massachusetts General Hospital on May 19, 2011, 3-5:30 PM, followed by a reception. Free and open to the public.

Nathalie Miebach (Sculpture/Installation Fellow ’09) will have two wall sculptures/musical scores on display at the Future Everything Festival in Manchester, UK, May 11-14, 2011. The festival/conference brings together innovative thinkers, artists and musicians to explore the interface between technology, society, culture and cool ideas. To quote the Guardian Newspaper, the festival is “crammed with geek cool,” and Nathalie’s work will be part of “Data Dimensions,” featuring artists and designers from across the globe who love working with data.

Monica Raymond‘s (Playwriting Finalist ’07, Poetry Finalist ’08) free translations of Francois Villon and a Provencal lyric have been published on qarrtsiluni.com. Also, she just returned from an April staged reading of her play The Owl Girl, sponsored by Golden Thread Theater in San Francisco, directed by Naomi Newman, founder of A Traveling Jewish Theater. Later this month, Monica has a reading of her play A to Z at the Great Plains Theater Conference in Omaha, May 31, 2011, directed by Elena Araoz.

Congratulations to Anna Ross (Poetry Finalist ’10), whose alma mater Mount Holyoke College awarded her their Mary Lyon Award given to “a young alumna who has been out of the College fifteen years or less, who demonstrates promise or sustained achievement in her life, profession, or community consistent with the humane values that Mary Lyon exemplified in her life and inspired in others.” The award is named for Mount Holyoke founder Mary Lyons. Anna recently read as part of the Calliope Reading Series in Falmouth, MA on May 1.

Irina Rozovsky (Photography Finalist ’09) has a solo show of photography, This Russia, at the Garner Center of Photography at the New England School of Photography in Boston. The show runs through June 3, 2011, with and an artist talk May 9, 6 PM. Fraction Magazine has a sneak peak of Irina’s soon-to-be-published monograph One to Nothing. The monograph will be published by Kehrer Verlag in Fall 2011; see a preview. Also, Irina is among the artists featured in The Collector’s Guide to New Art Photography Vol.2, a biennial sourcebook with new work by 100 contemporary photographers, from the Humble Arts Foundation.

Eric Henry Sanders‘s (Playwriting Fellow ’09) play Reservoir will have its European premiere this month, when it’s produced at Theater 89 in Berlin (under the translated title Haseks Heimkehr), running May 20-June 11. 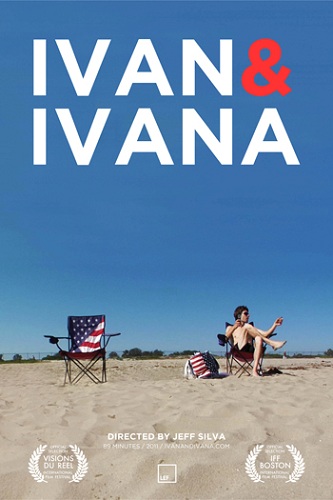 Jeff Daniel Silva‘s (Film & Video Finalist ’09) feature-length documentary Ivan & Ivana had its world premiere in the International competition at Visions de Réel in Nyon, Switzerland on April 8. The film chronicles the lives of Ivan and Ivana, an émigré couple who uprooted from Kosovo to California to start anew after the last Balkan war. The film reveals their successes, trials, and tribulations over five years of turbulent economic, political, and personal tides to reveal an unorthodox depiction of the American immigrant experience. The film also screened in the Independent Film Festival Boston, on April 30 and May 1. Read a terrific review on Not Coming to a Theatre Near You.

Sarah Slifer (Choreography Fellow ’10) is among the performers presenting Charles Olson’s dance play Apollonius of Tyana at the Mass Poetry Fest (Main Stage, 11 AM, May 14). She’ll also create an “installation-specific” work to collaborate with a Susan Phillipsz sound installation as part of the Peabody Essex Museum’s Art After Hours series. The performance will take place June 30, 5:30 PM, at the Peabody Essex Museum.

Cam Terwilliger (Fiction/Creative Nonfiction Fellow ’08) shares his experiences as a creative research fellow at The American Antiquarian Society (AAS) in Worcester, on the Grub Daily blog.

Poetry by Leslie Williams (Poetry Fellow ’10) is featured in the Spring 2011 issue of the Southern Review.