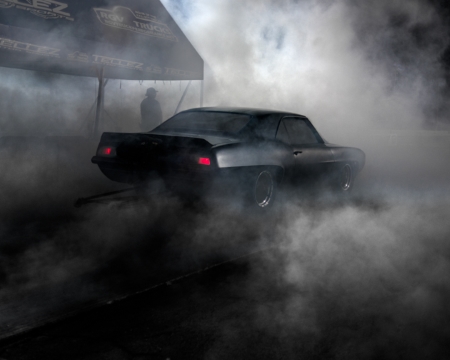 The Massachusetts Poetry Festival 2016 (4/29-5/1) in downtown Salem is a festival of readings, workshops, talks, and other poetry-related events, many featuring past awardees of MCC’s Artist Fellowships Program – read more.

John Cameron and Jennifer McCurdy were both featured in the Smithsonian Craft Show in April.

Claire Beckett‘s solo exhibition The Converts is on view at Carroll & Sons Gallery through May 28 (thru 5/28, opening reception 5/6, 5:30-7:30 pm). She also has work in the The Outwin: American Portraiture Today exhibition at the Smithsonian National Portrait Gallery, through 2016.

Sean Downey is exhibiting in the group show Interiors at Dorchester Art Project (thru 5/21).

Samantha Fields gives an artist talk, When Things Touch, at Essex Art Center (5/6, 5 PM). This month, she’s exhibiting in CounterCraft: Voices of the Indie Craft Community at Fuller Craft Museum (5/7-7/10, reception 5/7, 2-5 PM) and in Flow at Nave Gallery in Somerville (thru 5/21).

Nona Hershey is exhibiting a new body of work, sublime@subliminal at Soprafina Gallery in Boston (thru 5/28, artists reception 5/6, 5:30).

Danielle Legros Georges, the Boston Poet Laureate, reads from her poetry collection The Dear Remote Nearness of You, reads at Boston Public Library on 5/15, 2-4 PM, in an event co-sponsored by the Mayor’s Office of Arts & Culture.

Scott Listfield has his first London solo exhibition, An American Astronaut in London, at StolenSpace Gallery (5/5-5/29). Read his interview with the gallery. Also, he curated an exhibition for Gauntlet Gallery in San Francisco, Vestiges: Scott Listfield & Friends II (thru 5/12). The show includes past MCC Traditional Master Artist Josh Luke.

Melinda Lopez‘s Playwright Residency at the Huntington Theatre will have renewed funding from the Andrew Mellon Foundation, which recently announced a new round of national playwright residencies. Melinda’s residency at Huntington was featured in MCC’s 40 Years of Fellowships project.

Stefanie Lubkowski was commissioned to write Circles Circling, a three movement piece for the Charles River Wind Ensemble. The first movement will be premiered on their Boston, You’re My Home program (5/15, 3 PM, Scottish Rite Masonic Museum & Library in Lexington). The concert is free and includes works by Michael Gandolfi, Charles Ives, and John Mackey.

Congratulations to Taylor Mac, who is among this year’s Guggenheim Fellows. Also, Taylor Mac will have an upcoming residency at HERE Arts Center, funded by the Mellon Foundation.

Nathalie Miebach has work in Interconnections: the Language of Basketry at Hunterdon Art Museum in Clinton, NJ (5/15-9/4). Also, she is Artist-in-Residence at the Jentel Arts Residency Program in Wyoming, in May.

Ethan Murrow is currently at work on preparing for a large-scale wall drawing for the Museum of Contemporary Art in Jacksonville, FL (7/16-10/30). His new children’s book The Whale, created in collaboration with his wife Vita Murrow, is now available. Previously, Ethan published a monograph with German art book publisher Hatje Cantz.

Anne Neely has a solo show, Ireland: Place and Ritual at the Paul Dietrich Gallery (thru 7/8).

Lisa Olivieri was featured on WGBH’s Greater Boston discussing her documentary Blindsided. The film will screen in the My True Colors Film Festival in NYC in June.

Camilo Ramirez has a solo exhibition of photographs, The Gulf at ArtsWorcester (opening reception 5/6 6-8 PM).

Anna Ross has a new chapbook, Figuring, to be released by Bull City Press in May. She was interviewed about her poetry by the blog Speaking of Marvels.

James Rutenbeck, along with screening a film in the Independent Film Festival Boston (see above), has launched a crowdfunding campaign to support his film-in-progress, The Clemente Project. Read about it on ArtSake.

Leslie Sills has an exhibit of figurative sculpture Personnages at Colo Colo Gallery in New Bedford (thru 5/12).

Hannah Verlin has a site-specific installation, Remnants, at the Simmons College Trustman Art Gallery (thru 5/25).

Image: Camilo Ramirez, from the project THE GULF.