This May, our past Fellows/Finalists are flinging open their studio doors (for Open Studios), making art out of the historic snows of 2015, and singing and dancing with Mandy Patinkin… 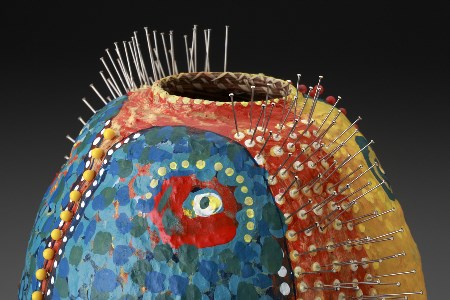 Michael Beatty, Judy Haberl, and Abelardo Morell are among the artists exhibiting in Repurposed Spaces at the New Art Center in Newton (5/15-5/23, opening reception 5/15, 6-8:30 PM). The exhibition features 16 artists who live and work in Newton’s former Claflin Elementary School.

Steven Bogart, William Donnelly, and Patrick Gabridge are among the playwrights with 10-minute plays in the annual Boston Theater Marathon (5/10, 12 PM-10 PM) at the Calderwood Pavilion of the Boston Center for the Arts.

James Coleman and Terese Freedman and James Matteson will have new works of choreography premiered at Tarry Four at A.P.E. in Northampton (5/21-5/23, 8 PM).

Catherine McCarthy and Janet Rickus are both exhibiting in Setting the Table at Clark Gallery in Lincoln (thru 6/6).

Simeon Berry‘s poetry collection Ampersand Revisited has a book launch event at the Out of the Blue Too Art Gallery in Cambridge (5/8, 7 PM).

Steven Bogart‘s play The Last Skywriter in the Universe was chosen for Inkwell Theatre‘s development showcase in Washington D.C. this May. He recently directed an acclaimed production of Shockheaded Peter for Company One Theatre.

Vico Fabbris has a solo show opening at Gurari Collections in Boston, (5/1-5/31, opening reception 5/1, 6-9 PM). Another solo show will exhibit at Rice Polak Gallery in Provincetown in August.

Taylor Mac will premiere The Last Two People on Earth: An Apocalyptic Vaudeville, the show he co-created and is co-performing with Mandy Patinkin, at the American Repertory Theater (5/12-5/31).

Abelardo Morell has a solo exhibition of photographs, A Mind of Winter, at the Bowdoin College Museum of Art (5/5-9/27). The exhibitions features photographs taken in Maine during the winter of 2015.

Vaughan Sills has a solo exhibition, Places for the Spirit: Traditional African American Gardens, at the Lyman Plant House, Church Exhibition Gallery of Smith College (thru 9/30).

Carolyn Webb is exhibiting in a three person show, with Betsey Garand and Kathryn Fanelli, in the Jannotta Gallery at Smith College (5/21-8/21, opening reception 5/21, 4 PM).