Exhibitions, events, awards – and a festival of poets in Salem. MCC Fellows/Finalists are a-bloom with news in May. 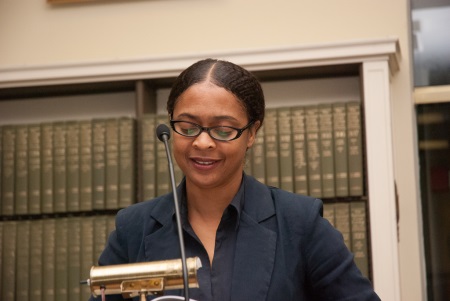 Congratulations to all past MCC awardees whose books are nominated for 2014 Massachusetts Book Awards: in Fiction, Karen Shepard and in Poetry, Ben Berman, Amy Dryansky (winner), and Karen Skolfield.

Painting Intricacies at the NAVE Gallery in Somerville (thru 5/4) includes work by Caleb Neelon and Candice Smith Corby.

Rick Ashley‘s photography is included in Fall Back, Spring Forward: Photography in New England, curated by Francie Weiss, as part of the Flash Forward Festival Boston in May. The exhibition is at the Photographic Resource Center (thru 5/17, opening reception 5/1, 6-9 PM).

David Binder‘s documentary film Calling My Children, about a Boston-area family devastated by AIDS, is screening at the Boston Public Library‘s Rabb Lecture Hall on May 7, 2014, 6-8 PM. Learn more.

Sarah Bliss‘s short film, Gown of Repentance, and her two-channel room-sized installation, What it is to Want It, premiered in April at the Alchemy Film and Moving Image Festival in Scotland. The Seattle True Independent Film Festival will screen her film Beautiful Strange Land (An Tír Álainn Aisteach) in early May, and photos from her Freezing Falling series are featured in Fotografia Transversa (thur 7/20) at the Fundação Vera Chaves Barcellos museum in Porto Alegre, Brasil. She’s also part of the group exhibition Side Effects at Paper City Studios (5/9-6/6) in Holyoke.

Rebecca Doughty is exhibiting in a two-person show, Rarefied at the Simmons College Trustman Gallery (thru 5/30).

Holly Guran has two poems displayed at Boston City Hall as part of a project by The Mayor’s Prose & Poetry Program focusing on the Boston Marathon bombing.

Carrie Gustafson had work in the Smithsonian Craft Show in Washington D.C., in April.

Colleen Kiely has three drawings in the book 1,000 Dog Portraits: From the People Who Love Them.

Mariko Kusumoto, who generally works in metal, was inspired by the Tsumami Zaiku tradition of origami-like fabric flowers. A solo show of work from this new series, Mariko Kusumoto: Translucent Explorations, is at Mobilia Gallery (thru 6/30, opening reception 5/17, 3-5 PM).

Congratulations to Brendan Mathews, who has received a Fulbright US Scholar Teaching & Reaching Award to spend the fall teaching creative writing at University College Cork (Ireland). He’ll also work on his novel, which is partially set in 1930s Ireland. In other good news, his short story This Is Not a Love Song has been selected by editor Heidi Pitlor and guest editor Jennifer Egan for Best American Short Stories 2014, which comes out in October. The story originally appeared in Virginia Quarterly Review.

Congratulations to Matthew Mazzotta, whose public art project Open House won a Architizer A+ Award (Jury Award for Architecture + Urban Transformation). Open House will be honored along with other winners at the Architizer A+ Awards Gala at Highline Stages in New York City (5/15). In other news, Matthew recently spoke at the Public Space? Lost and Found symposium at the MIT Media Lab and at a book release party in Rijeka, Croatia for a publication that includes Matthew’s Pier Shear public art project. Upcoming, he’ll present the talk “The Architecture of Social Space” at the Open Engagement conference at the Queens Museum (5/18, 1 pm), and he’ll speak on several panels at the Americans For the Arts Convention in Nashville, TN (6/13-6/14).

Caitlin McCarthy‘s screenplay Wonder Drug is a finalist in the 2014 Beverly Hills Film Festival competition. The TV pilot she co-wrote, Pass/Fail is a semi-finalist in the inaugural Tracking Board Launch Pad Pilot Competition.

Nathalie Miebach is in two group exhibitions: locally, in Crossover at Cyber Arts Gallery in Boston (5/3-6/15, reception 5/3 6-8 PM) and Lifeloggers: Chronicling the Everyday at Elmhurst Museum of Art in Illinois (5/11-8/17). She’ll also be participating in the SoWA Art Walk and Open Studios at 450 Harrison Ave in Boston, 5/4, 12-5 PM.

Kenji Nakayama has a solo show of paintings, Etudes, at Fourth Wall Project (thru 5/18). He also has work in the group show dialect at Calico Brooklyn Gallery (5/9-6/6). Kenji was recently profiled in the April/May American Craft Magazine.

Monica Raymond‘s poem In Progress and a slide show of her photos of the Hmong hiphop festival are both in the last issue of Verse Wisconsin.

Peter Snoad‘s award-winning drama Guided Tour will have its New England premiere at Hibernian Hall (5/16-6/1), the multicultural performing arts center in Roxbury where he’s currently Visiting Playwright. Winner of the Stanley Drama Award and the Arthur W. Stone New Play Award, Guided Tour is the second of four plays by Peter being staged by Hibernian Hall. Next up will be Identity Crisis in November followed by The Draft in January.

Tracy Heather Strain and Randall MacLowry have launched a Kickstarter campaign to support their Lorraine Hansberry Documentary Project, running through 6/20.

Naoe Suzuki is among the artists in Visible Soul at the newly named VanDernoot Gallery of the Lesley University College of Art and Design (5/15-6/14, opening reception 5/15, 6-8 PM). The exhibit highlights the feline-inspired work of established and mid-career artists.