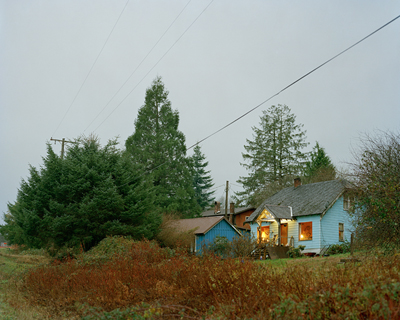 SIX past and current MCC Artist Fellows were selected to be among nine finalists for the 2010 James and Audrey Foster Prize, the Institute of Contemporary Art/Boston’s biennial award and exhibition program for Boston-area artists. Eirik Johnson (Photography Fellow ’09), Fred H. C. Liang (Painting Fellow ’04, ’08), Rebecca Meyers (Film & Video Fellow ’09), Matt Rich (Painting Fellow ’10), Evelyn Rydz (Drawing Fellow ’10), and Steve Tourlentes (Photography Fellow ’05), along with Robert de Saint Phalle, Daniela Rivera, and Amie Siegel, will participate in an exhibition at the ICA that opens Sept. 22, 2010, and continues through Jan. 30, 2011. The winner of the prize will be announced in January 2011.

Three MCC Fellows/Finalists are featured in an exhibition of Artadia Boston’s recent awardees, at the Mills Gallery in the Boston Center for the Arts. Work by Claire Beckett (Photography Fellow ’07), Ambreen Butt (Drawing Finalist ’10), and Eric Gottesman (Photography Fellow ’09), along with that of Caleb Cole, Raúl González, Amie Siegel and Joe Zane, will on exhibit March 26 – April 25, 2010, opening reception, Friday, March 26, 6-8 PM.

Speaking of Claire Beckett… kudos to Claire and Irina Rozovsky (Photography Finalist ’09): both are included in the Humble Arts Foundation’s 31 Women in Art Photography, which is on exhibit at Affirmation Arts in NYC, March 6-April 10, 2010, opening reception: Saturday, March 6, 6–9 PM.

This month, Steve Almond (Fiction/Creative Nonfiction Fellow ’08) has a number of Boston-area readings and appearances in advance of the April release his new book Rock and Roll Will Save Your Life. On Friday, March 12, he’ll be the host of Grub Street’s Grub Gone… Blue, a night of reading from writers’ “blue” periods. On Thursday, March 18, he’ll join Steven Beeber at the Art Institute of Boston (check back at Steve’s website for details). On Tuesday, March 23, he’ll join Keith Morris at Porter Square Books in Cambridge. Then on April 16, his voice by now limbered up and the mic cleared of sibilance, he’ll visit the Brattle Theatre (hosted by Harvard Bookstore) for a musical celebration of his new book, an ode/confessional for the musical superfan in all of us. Tickets on sale now. In other auspicious Almond news: his story “Donkey Greedy, Donkey Gets Punched” has been selected by Richard Russo to appear in The Best American Short Stories 2010. Can I humbly request a “Woo hoo?”

Alissa Cardone (Choreography Finalist ’02, ’06, ’08) and Kinodance will perform their new work “Fuse” on March 5 as part of the 12th biennial Arts and Technology Symposium at Connecticut College. 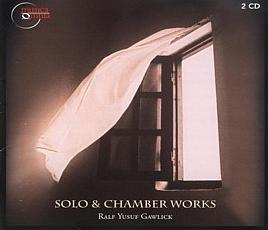 Ralf Yusuf Gawlick (Music Composition Fellow ’09) let us know that on March 17 at 8 pm in Gasson Hall, Boston College, the Hawthorne String Quartet will perform his Berlin Suite. The piece, performed here as a concert suite, was commissioned by the German Embassy and Boston College for the film documentary “Writing on the Wall: Remembering the Berlin Wall” celebrating the 20th anniversary of the fall of the Berlin Wall. Admission is free. At 7 PM, there is a reception to celebrate the release of Solo and Chamber Works, Ralf Yusuf Gawlick, from Musica Omnia. Also, don’t miss the premiere of Kinderkreuzzug, Ralf’s dramatic cantata for children’s voices and small chamber ensemble, on Saturday, April 10, 7:30 PM, at St. Ignatius, Chestnut Hill and again on Sunday, April 11, 3:00 PM Trinity Episcopal, Concord. The cantata, which adapts Bertolt Brecht’s extraordinary and grim anti-war poetry, will be performed by two New England choirs and a German boys choir sponsored to fly to the region specifically for this piece. The choirs will record the cantata for the label Musica Omnia.

Adam Lampton (Photography Finalist ’07) has a solo show at Carroll and Sons Gallery in Boston, Nothing Serious Can Happen Here: Photographs from Macao by Adam Lampton. The show runs through March 27, 2010.

Todd McKie (Painting Finalist ’08) has been awarded a Residency Fellowship to Instituto Sacatar in Bahia, Brazil. Twenty-five artists were selected from among more than 500 candidates from 19 different countries. Todd will be there for two months in 2011. You can see recent work by Todd at Gallery NAGA in Boston this May 2010. A book about a collaborative project done with David Caras is to be published to coincide with the exhibition.

This month, work by Nathalie Miebach (Sculpture/Installation Fellow ’09) can be experienced both locally and in NYC, and through numerous senses. Her sculptural art, recently featured at the Sarah Doyle Gallery at Brown University, is now on exhibit in 185th Annual Invitational Exhibition of Contemporary American Art, National Academy Museum, New York, NY, through June 8, 2010. Furthermore, she’s in a group show called Transformations in the Jewett Gallery at Wellesley College, March 3-April 4, with an opening reception March 4, 5-6 PM. Then on March 14, at 3 PM, the Axis Ensemble will perform her sculptures (not a typo) at the Lily Pad in Inman Square, Cambridge. Nathalie creates her fascinating sculptures using weather data; for this project, she’s translating the weather data into musical scores, then using the score as a starting point for her sculpture. MEANWHILE, the score itself goes to musicians (enter the Axis Ensemble), and voila, you have “Hurricane Noel,” a performance and sculpture interpreting the same weather. We have it on good authority that the sculpture will be in attendance at the concert. 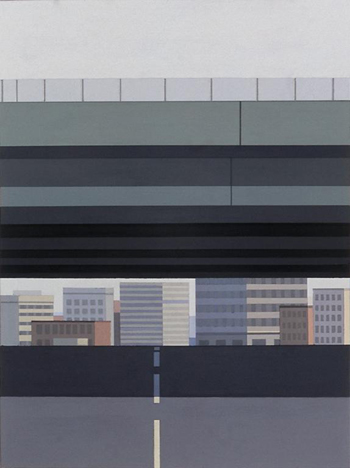 Stephen Mishol (Painting Fellow ’08) has three paintings and four drawings in Tek’tanik at the Aferro Gallery in Newark, NJ. The show runs from March 13 – April 24.

Eric Henry Sanders (Playwriting Fellow ’09) will have a workshop reading of his play Woyzeck: Homecoming at The Drilling Company in NYC in March. Then in April, his short play Dead Duck will be part of the Back to Back Director’s Project, starting April 21, 2010 at Available Potential Enterprises.