March comes in like a lion with readings, exhibitions, awards, books, world premieres, and more. (I have a feeling that when it comes to artists, March will defy proverb and go out leonine, too.) 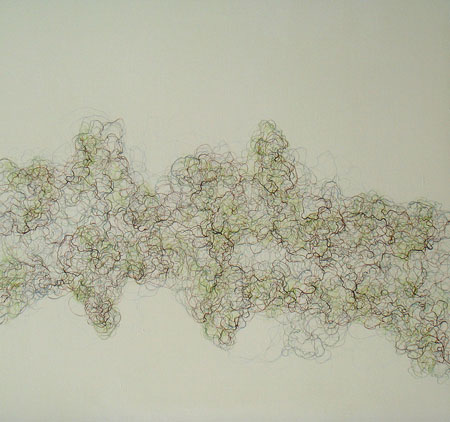 MCC is honored to have two opportunities to present awardees from our Artist Fellowships Program this month: the Commonwealth Reading Series, a schedule of literary events featuring awardees in prose and poetry, and State of Art: Massachusetts Cultural Council Fellows and Finalists, a showcase of MCC’s 2008 Painting and 2009 Crafts Fellows/Finalists at the Concord Art Association.

Salamander, a magazine for poetry, fiction, and memoirs hosts Peter Brown (Fiction/Creative Nonfiction Fellow ’06) author of A Bright Soothing Noise, Daniel Tobin (Poetry Finalist ’10), author of Belated Heavens, and Valerie Duff, author of To the New World, for a reading on Wednesday, March 9, 7 PM at The Suffolk University Poetry Center.

On February 9, 2011, the 2010 New England Art Awards were celebrated at the Burren in Somerville. The event, organized by the New England Journal for Aesthetic Research, honors the best art made locally and the best exhibitions organized in New England. On the NEJAR blog, Greg Cook solicited nominations for New England Art Awards in 19 categories. Numerous past fellows were among the awarded artists: Alicia Casilio, Sara Casilio, Kelly Casilio, and Cary Wolinsky, aka TRIIIBE Sculpture/Installation Fellows ’09) won the People’s Choice award in “Performance or spectacle” for their event Crime Night in conjunction with a show at Gallery Kayafas. Rania Matar (Photography Fellow ’07) received the People’s Choice award in Photography for A Girl in Her Room, a show at Gallery Kayafas. Caleb Neelon (Sculpture/Installation Fellow ’07) is the Critics’ pick for “Essay by a local writer about locally-made art” for Ten Short Memos to Young Boston Artists on the New England Journal of Aesthetic Research blog. Cristi Rinklin (Painting Fellow ’10) won both the People’s and Critics’ choice award for Painting for her show at Zevitas Gallery. Evelyn Rydz (Drawing Fellow ’10) won the People’s choice award for “Standout work by a local artist in a group show” for her work in ICA Foster Prize exhibit. Deb Todd Wheeler (Sculpture/Installation Fellow ’03) won the People’s and Critics’ choice in New Media for Blew at the Miller Block Gallery and the People’s Choice for “Solo show by a local artist (or collaborative)” for the same show.

Chris Abouzeid (Fiction/Creative Nonfiction Fellow ’04) recently wrote a guest post for Grub Street Daily, the new blog from the Boston-based writers’ service organization Grub Street, sharing his hilarious definitions of social media terms. His definition, for example, of a “post”: A blog article featuring useful information cribbed from other blogs and capped with an image used without permission.

Congratulations to Steven Barkhimer (Playwriting Fellow ’11), who received a 2011 IRNE (The Independent Reviewers of New England) Award nomination for Best Drama Actor for a small theatre company, for his performance in Table Manners at Gloucester Stage.

Photography by Claire Beckett (Photography Fellow ’07) is included in two recent publications: The Collector’s Guide to New Art Photography Vol. 2 from the Humble Arts Foundation and 5 Cities / 41 Artists / Artadia 08/09 from Artadia. What’s more, Claire’s solo show You Are… exhibits at Carroll and Sons through March 26, opening reception Friday March 4, 5:30 – 7:30 PM. Claire is also among the artists currently exhibiting in The Truth Is Not in the Mirror: Photography and a Constructed Identity at the Haggerty Museum of Art at Marquette University in Milwaukee, WI, through May 22, 2011. Finally, her work is featured in Reality Check at FOTODOK in Utrecht, The Netherlands. The show explores the use of fiction in documentary photography, and Claire will give a lecture in conjunction with the show, along with Dr. Martijn Stevens of Radboud Universiteit, Nijmegen, on Friday, March 25 at 8:00 PM at Domplein 5, Utrecht.

Ben Berman (Poetry Fellow ’08), a finalist for the Philbrick Poetry Award this year, has a new poem in Unsplendid and a new poem forthcoming in Solstice. 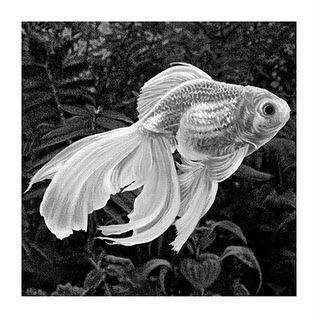 Congratulations to Martha Jane Bradford (Drawing Fellow ’85): juror Jim Dine selected two of her digital prints for inclusion in The Boston Printmakers 2011 North American Print Biennial. The show is taking place at The Danforth Museum in Framingham, February 27 – May 1, 2011.

We’re excited to share that Shawn Cody‘s (Playwriting Fellow ’07) new music theater work The Water Dream is playing in concert, featuring Anthony Rapp (Original Broadway Cast and Feature Film of Rent) Karmine Alers (also from Rent) at the Bushwick Starr in Brooklyn, NY. It plays in a double-bill with Clear by Paul Oakley Stovall on Friday, March 11, 2011, 8 PM. The Water Dream (read an excerpt) is a multi-media musical with whale puppets and an on-stage aquarium.

Patrick Donnelly (Poetry Fellow ’08) is new director of the Advanced Seminar at The Frost Place, one of three summer programs at the poetry conference center at Robert Frost’s old homestead in Franconia, NH.

Joshua Fineberg (Music Composition Fellow ’11) will premiere Speaking in Tongues, a new concerto for 6 percussionists and orchestra, performed by the world’s pre-eminent percussion ensemble, Les Percussions de Strasbourg, at Tsai Performance Center at Boston University, March 10, 2011, 8 PM. The concerto, conducted by John Page, was commissioned in honor of the 50th Anniversary of Les Percussions de Strasbourg. Also this month, Jeff Means and his new group Sound Icon will perform Joshua Fineberg’s piece Receuil de pierre et de sable, for two harp soloists and sextet, for their inaugural concert on March 26, 2011, 8 PM, at the Boston University Concert Hall. In April, watch for the composer’s work to be featured at Brandeis University as part of the 2011 BEAMS Electronic Music Marathon and the Boston Cyber Arts Festival.

Winner of the 2009 Clauder Competition, Gregory Hischak‘s (Playwriting Finalist ’11) The Center of Gravity has it’s world premiere at Portland Stage Company (Portland ME) in March 2011. His short play Hygiene is included in this year’s Humana Festival of New American Works in April (Louisville KY); his new play Clueless & Lark (& Other Geologic Variations) will be staged as part of the 2011 Source Festival (Washington DC) in June, 2011.

Liza Johnson (Film & Video Finalist ’07), winner of the 2010 Rappaport Pize from the deCordova Sculpture Park and Museum, will give a Rappaport Prize Lecture on Thursday, March 10, 7 PM, at the Coolidge Corner Theatre in Brookline. The lecture is free on a first-come, first-served basis, with tickets available at the box office day-of show only. Lisa will screen two of her recent video pieces and discuss how she worked with participants in the Mississippi Gulf Coast and an Appalachian circus school for the respective works. She’ll also discuss new projects, including the feature film Return, featuring Michael Shannon, Linda Cardellini, and John Slattery. To learn more about Return, check out Liza’s guest post on the post-production process for the independent film-in-progress on the Sundance blog.

Melinda Lopez (Playwriting Fellow ’03) received a 2011 IRNE nomination for Best New Play for a small theatre company, for From Orchids to Octopi (read about this play in an ArtSake interview with Melinda).

Tara L. Masih (Fiction/Creative Nonfiction Finalist ’96) reads from her award-winning short story collection Where the Dog Star Never Glows and discusses the art of short story writing on March 27, 2 PM, at Duxbury Free Library. The event is part of the library’s “Short and Sweet” series about short stories.

Caitlin McCarthy (Playwriting Finalist ’11) was interviewed on WCVB-TV Boston’s Chronicle, on Friday, February 18, 2011, about her screenplay Wonder Drug, which explores the DES drug disaster. Learn more about Caitlin’s advocacy efforts on the DES issue on her blog.

Nathalie Miebach (Sculpture/Installation Fellow ’09) is among the artists in New Materiality: Digital Dialogues at the Boundaries of Contemporary Craft, a show organized by the Fuller Craft Museum in Brockton, now on exhibit at the Milwaukee Art Museum.

Koji Nakano‘s (Music Composition Finalist ’11, ’09) Time Song III was performed by Del Sol String Quartet at Smithsonian Museum in Washington, DC on February 19. Plus, a concert of his music was performed at the Kennedy Center on February 20.

Jendi Reiter (Poetry Fellow ’10) has fiction in the most recent issue of Newport Review.

Adam Schwartz (Fiction/Creative Nonfiction Fellow ’10) reads from his new novel A Stranger on the Planet at Wellesley Booksmith in Wellesley on Wednesday, March 2, 7 PM, and at Newtonville Books in Newton on Sunday, March 20, 2 PM (where he joins novelist William Lychack).

Vaughn Sills (Photography Fellow ’09) has a solo exhibition of photographs at the Trustman Gallery at Simmons College in Boston. The show, which runs March 21 – April 22, is in conjunction with Vaughn’s new book of photography Places For The Spirit: Traditional African American Gardens. There will be an opening reception, book signing, and artist talk on Thursday, March 24, 5-7 PM at the Trustman Gallery.

Rachel Perry Welty (Sculpture/Installation Fellow ’09, Drawing Fellow ’04) was featured on Greater Boston on WGBH in conjunction with Rachel Perry Welty 24/7, her solo show that runs through April 24, 2011 at deCordova Sculpture Park and Museum in Lincoln.

Deb Todd Wheeler (Sculpture/Installation Fellow ’03) exhibits a series of prints called Holoplanktonica: an illustrated book of impressions, at ningyo editions. Deb created multi-layered monoprints by running thin forms of polyethylene plastic that she had manipulated repeatedly through the press. The works are inspired by The Drawing Center‘s 2004 show Ocean Flowers: Impressions from Nature, an exhibition of 19th century prints, color plates, imprints, cyanotypes, and early photograms of oceanic vegetation by artists and botanists alike. Holoplanktonica runs March 10–May 7, 2011, with an opening reception Thursday, March 10, 6-9 PM: an evening of “monotypes, woodcuts, sea shanties (complete with a 10 piece ukulele band), libations, and oceanic bliss.”

Leslie Williams (Poetry Fellow ’10) takes part in the Dire Literary Series on Friday, March 4, 8 PM, joining Marc Jampole and Debrah Morkun for a reading at Out of the Blue Art Gallery in Cambridge.

Nina Wishnok (Drawing/Printmaking/Artist Books Fellow ’06) has work in a Boston Printmakers members show, thINK at Walnut Hill School for the Arts in Natick, through March 31, 2011.