Traveling portraits, poems of the moment, new art shared locally and abroad: here’s the March news from current and past MCC Fellows/Finalists. 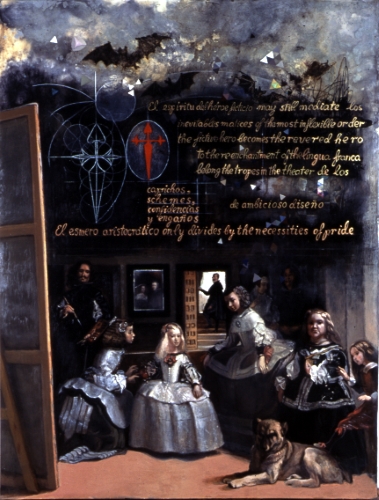 Mass Poetry’s Poem of the Moment has recently featured poems by Carrie Bennett (Expedition Notes 34), Sarah Sousa (Epistle), and Rodney Wittwer (& the Sun Is a Fine Buggy of China: Balloons!).

Caleb Neelon and Candice Smith Corby are exhibiting Sting! 22: ES LOG ART at The Beehive, featuring work curated by and relating to work by Doug Weathersby of Environmental Services. The exhibition opened 3/2.

Marilyn Arsem will be in discussion with Sandrine Schaefer about her recent 100 Ways to Consider Time performance at the Museum of Fine Arts Boston. The discussion is part of the Reports from Afield series by mobius and takes place at Samsøñ 3/18, 5-8 PM, free to the public with q&a following the talk.

Rick Ashley has a photograph from his Michael project in the Smithsonian’s traveling exhibition The Outwin: American Portraiture Today. The exhibition runs 3/12/2016-1/8/2016 at the National Portrait Gallery, and then travels to the Tacoma Art Museum, the Art Museum of South Texas, and the Kemper Museum of Contemporary Art in Kansas City.

Domingo Barreres has a solo show, Domingo Barreres: Paintings, Drawings and Prints with Lingering Vibrations from Spain at The Fort Point Arts Community’s Gallery at 249 A (thru 3/28, artists talk 3/10, 6 PM).

Congratulations to Laura Chasman who received a grant from the Artist Resource Trust, Berkshire Taconic Foundation for 2016. She also received a fellowship to attend Vermont Center Studio Residency in September. Recently, two of her portraits were included in the recent exhibition Director’s Favorites at the New Britain Museum of American Art.

Tsar Fedorksy has a solo exhibit of photography, The Light Under the Door, at Garner Center at New England School of Photography (NESOP), (thru 3/18). Read about the exhibition on the Elin Spring Photography blog. She will also exhibit in Exposure 2016 from the Photographic Resource Center (4/28-6/26). She had 2015 exhibitions at Danforth Art, the Camera Club of New York, and Candela Books + Gallery (Richmond, VA) and she was featured online at Feature Shoot and Don’t Take Pictures’ Photo of the Day.

Congratulations to Georgie Friedman, one of 3 artists whose projects will be realized in the Boston Artist-in-Residence Program. She also has work in 32° – The Art of Winter at the Shelburne Museum in Vermont (thru 5/30) and her installation Slippery Slope is on view at Union College in Schenectady. She was recently featured in Good and Long Looks at the Providence College Reilly Gallery.

John Gianvito‘s film WAKE (SUBIC) screened at the Viennale Film Festival and made it to Top Ten Lists of 2015 in Artforum, Sight & Sound, and Senses of Cinema. It recently screened at the Rotterdam International Film Festival and had its North American premiere on 2/27 at the Museum of Modern Art in conjunction with their annual Doc Fortnight series. The first Boston screening will be Sunday 3/13, 3 PM at the Harvard Film Archive.

Michael Hoerman was handpicked by the Sedona Arts Center for its inaugural summer residency program. They are bringing together “artists, cultural managers, and interesting people from all over the world” at Verde Valley School, a private school on 1,300 acres in Sedona, AZ.

Danielle Legros Georges is the guest speaker for the Writer’s Union Annual Book Party at the Durrell Family Theater in the Central Square YMCA (3/20 2-5 PM).

Caitlin McCarthy‘s unproduced TV pilot Free Skate has been named “One To Watch” by the 2016 WriteHer List. She was recently interviewed by Forty Over 40, and she spoke about TV writing at the Woods Hole Film Festival and the Orange Beach Public Library, in February.

Richard Michelson reads in the Calliope Poetry Series in Falmouth (3/13) and at the Martha’s Vineyard Playhouse Poetry Café (3/15).

Lisa Olivieri‘s film Blindsided will be having its Boston Premiere as part of the The National Association of Social Workers (MA Chapter) Film Series at Belmont’s Studio Cinema (4/3, 2 PM).

Monica Raymond reads from “A Walk on Norfolk Street,” a poetry sequence about the Tsarnaev brothers and the Boston bombings, at goodTHANG, a multi-media extravaganza at Arts at the Armory (Somerville) on Good Friday (3/25).

Susan Rivo‘s documentary Left on Pearl screens at Kendall Square Theatre for International Women’s Day (3/8, 7 and 9 PM). Followed by Q & A with the filmmakers and members of the Executive Producers’ Collective.

TRIIIBE, aka the identical triplets Alicia, Kelly, and Sara Casilio along with photographer Cary Woliknsky, have a solo show at Fitchburg Art Museum, TRIIIBE: same difference (thru 6/5), and the show was recently reviewed in WBUR’s ARTery. A companion exhibition of work by TRIIIBE is at Gallery Kayafas (thru 4/9).

Sarah Wentworth has more than a dozen photos from her Untitled (fishline) series in the 3-person show Caprices at the Simmons College Trustman Gallery (3/16-4/14). The fishline series features performed photos centered on a costume made of knit fishing line, taken on Deer Isle, Maine.

Michael Zelehoski has work in Objects and Everyday Goods at Mike Weiss Gallery in NYC (thru 3/26).