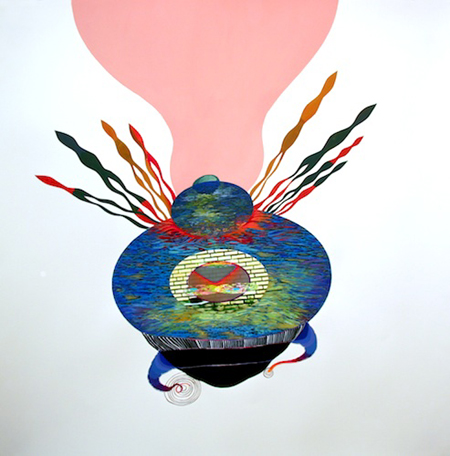 Two past fellows are featured in Solstice: a Magazine for Diverse Voices. Poetry by Ben Berman (Poetry Fellow ’08) and short fiction by Grace Talusan (Fiction/Creative Nonfiction Fellow ’02) were included in the Winter/Spring 2010 issue.

Two past fellows/finalists recently received funding from The LEF Foundation’s Moving Image Fund. Marlo Poras (Film & Video Fellow ’05) received a $15,000 production grant to work on The Mosuo Sisters, about two sisters who lose their jobs in Beijing and return home to a remote Himalayan village to help keep their family afloat. Jeff Daniel Silva (Film & Video Finalist ’09) was awarded a $25,000 post-production grant for his film Ivan and Ivana, about a couple from war-torn Kosovo, now making a life in the US. Congratulations! 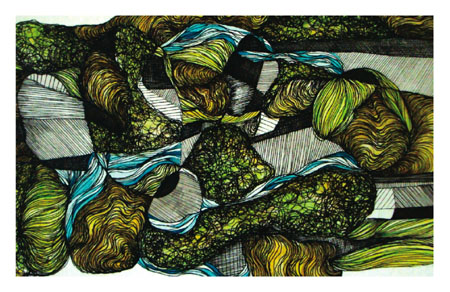 Denver Office of Cultural Affairs: we applaud your good taste in public artists. They recently commissioned Janet Echelman (Crafts & Sculpture/Installation Fellow ’09) to create a Biennial of the Americas installation.

Ralf Yusuf Gawlick (Music Composition Fellow ’09) premiered Kinderkreuzzug, his dramatic cantata for children’s voices and small chamber ensemble, in April (read about it on ArtSake). Boston College has put together a fabulous audio slideshow about the performances.

Michael Hoerman (Poetry Fellow ’04) will read on June 17 for ThoughtCrime, a reading series at Khon’s Wine Bar and Darts, 2808 Milam in Houston, Texas. He joins the roster of the 5th Annual Word Around Town Tour for a weeklong series of readings around Houston in July. On September 10 and 11 he will be a featured performer at Houston Fringe Fest, an annual performing arts festival presented by FrenetiCore at Frenetic Theater in Houston’s East End.

Lisa Kessler’s (Photography Finalist ’05) solo exhibition Seeing Pink is at the Davis Orton Gallery in Hudson, NY. The show, which explores the idea of the color pink in American, runs June 3-June 27, with an opening reception Saturday June 12, 6-8 PM. 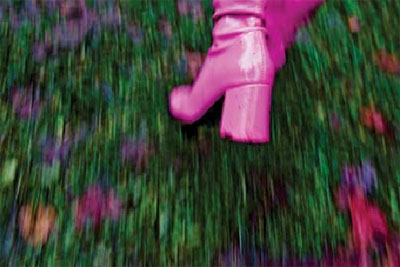 Jane D. Marsching (Photography Finalist ’03) has a host of Spring/Summer exhibitions and events. She’s part of Resurrectine at the Ronald Feldman Gallery, NYC, through June 28, a large-scale group show that embraces the notion of transformation. In April, Jane opened a dual photo exhibition (with Andrea Juan) called Tribute Phase II: Polar Encounter. Sites for the exhibition, which was curated by Veronica Willenberg, CEO of Art in Lobby, include the International Book Fair, the PanAmerican Hotel, and Botanica Gardens, all in Buenos Aires, Argentina. Jane will also take part in an alumni exhibition of art at Hampshire College’s Johnson Gallery (June 11-July 30, 2010, reception June 12, 4-6 PM).

Congratulations to Cynthia Maurice (Drawing Fellow ’02), who received the Jurors First Prize from the Danforth Museum 2010 Off The Wall Juried Exhibit. The prize was selected by Jen Mergel, Senior Curator of Contemporary Art, MFA and Helen Molesworth, Chief Curator of the ICA.

Nathalie Miebach (Sculpture/Installation Fellow ’09) is among the artists exhibiting in The New Materiality: Digital Dialogues at the Boundaries of Contemporary Craft at the Fuller Craft Museum, through February 6, 2011. Artists in this show use new technologies in tandem with traditional craft materials – clay, glass, wood, metal and fiber – to forge new artistic directions.

Monica Nydam (Painting Fellow ’10) has a solo show of new paintings at LaMontagne Gallery in Boston, through June 19.

Linda Price-Sneddon (Sculpture/Installation Fellow ’01) has a solo show at HallSpace in Boston, Soon… Our Salvation. The show, which opens Saturday, June 5 (reception 3-6 PM) and runs to July, is inspired by the UFO Mythos, Armageddon evangelism and small town parades.

Monica Raymond’s (Playwriting Finalist ’07, Poetry Finalist ’08) radio play The Telemarketer will be performed on Shoestring Radio Theater on KUSF 90.3 FM in San Francisco. The performance will air at 6:30 PM Eastern time, June 30, and listeners outside the San Francisco area can access a live Internet stream. The performance will also stream for one week following the live broadcast, on Shoestring Theatre’s Web site.

Salvatore Scibona (Fiction/Creative Nonfiction Fellow ’06) was named as one of The New Yorker’s 20 Under 40 fiction writers to watch.

Leslie Sills (Crafts Fellow ’95) has a mixed-media sculpture in a furniture exhibition at the Mobilia Gallery in Cambridge. The exhibition runs June 15-July 31st, with an opening reception June 17, 6-8 PM.

Orbiting Mars, a full-length comedy by Peter Snoad (Playwriting Fellow ’09), will receive a staged reading at the Penobscot Theatre in Bangor, ME June 23 in its Northern Writes New Play Festival. The play recently won the annual new play contest of Santa Cruz Actors’ Theatre in Santa Cruz, CA. Several of Peter’s short plays have been staged recently or are slated for upcoming productions. The Greening of Bridget Kelly and My Name is Art will feature in the London Fringe August 11-14, part of a repeat of Liminal Productions’ “American Bytes” series by emerging American playwrights that was first produced in April at the New Wimbledon Studio in Wimbledon, London. Stone’s Soup Theatre in Seattle included The Greening of Bridget Kelly in its short play festival in May, and My Name is Art can be seen at the Raconteur Theatre in Columbus, OH through June 12. Boston Actors’ Theatre produced Either Or in its SLAMBoston festival on May 19. Peter has a new website where you can check out his work: www.petersnoad.com.

Cam Terwilliger (Fiction/Creative Nonfiction Fellow ’08) was featured in a recent Boston Globe article by Danielle Dreilinger about a memoir writing workshop he ran for seniors living at the Somerville Home. Cam was supported in the effort by a Somerville Arts Council grant.

Deb Todd Wheeler (Sculpture/Installation Fellow ’03) has a solo exhibition, BLEW, at the Miller Block Gallery in Boston. The show, which runs through June 26, features blown film polyethylene – aka plastic. Read a nano-interview with Deb on ArtSake.

Tracy Winn’s (Fiction/Creative Nonfiction Fellow ’08) short story collection Mrs. Somebody Somebody comes out this month in paperback, and she’ll be reading at the Salem Athenaeum on June 11 at 5 PM, at Newtonville Books on June 17 at 7 PM, at Barnes & Noble in Lowell on June 18 at 7 PM, at The Book Rack in Newburyport on June 19 at 3 PM, and at Gibson Books in Concord, New Hampshire on July 1 at 7 PM.

Jeff Zimbalist’s (Film & Video Fellow ’05) documentary The Two Escobars, a film about the convergent stories of murdered soccer star Andrés Escobar and Columbian drug baron Pablo Escobar, will have a Hometown Screening in the historic Academy of Music in Northampton on Sunday, June 20 at 7:30 PM, followed by a post-screening Q&A. The film, which was commissioned to celebrate ESPN’s 30th anniversary with 30 documentary films, will have its ESPN premiere on June 22. It also premieres in Florida and screens at the Los Angeles Film Festival this month (on Friday, June 18th and Sunday, June 20th) and recently screened at the Tribeca Film Festival and the Cannes International Film Festival.