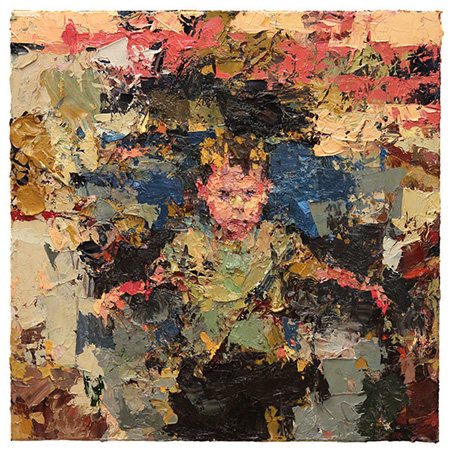 Liza Bingham and Rebecca Doughty both have work in Sound & Light at the Schoolhouse Gallery in Provincetown (thru 6/27).

Matthew Gamber, Sarah Malakoff, Rania Matar, and Cary Wolinsky were all featured in exhibitions during the Flash Forward Festival in Boston.

Asia Kepka, Zehra Khan, and Rachel Mello both have work in the Cambridge Art Association National Prize Shows in Cambridge (thru 7/5). Asia won Third Place in the competition!

Alice Bouvrie‘s documentary Thy Will Be Done has been selected to screen as part of the Film and Video Screening at the American Sociological Association’s Annual Meeting in Denver, CO.

Brian Knep will be showing four of his Exempla pieces, customized for a unique gallery in the Denver Art Museum‘s Libeskind-designed building. The walls are slanted and angular, making it seem like the creatures are swarming all around the space. The works will be on display until June ’13.

Mary Kocol has been invited to be on the Selection Committee of the 2012 Hiroshima International Animation Festival, which has included numerous prominent New England animators in the past, including Karen Aqua. The festival runs in August.

Rania Matar‘s photography book A Girl and Her Room has been featured in a number of news outlets, including in The Daily Beast and Slate.

Tara Sellios‘s solo show Of the Flesh is at Gallery Kayafas thru 6/30.

Vaughan Sills‘s photo exhibition Places for the Spirit, Traditional African American Gardens is currently showing at Gibbes Musuem of Art in Charleston, SC, thru 9/9. She also has complementary exhibits in Chicago this summer: DuSable Museum of African American History and Chicago Botanic Garden (both 7/14-9/30).

Peter Snoad‘s short play Perfect Strangers will be staged at the Stratford-Upon-Avon Fringe Festival in the U.K. on 6/6 under an alternative title, Making Up for Lost Souls. The play is also one of 10 short plays selected for production by the ArtsCenter of Carrboro, NC for its 10 X 10 in The Triangle festival 7/6-22, and is scheduled for publication by Smith and Kraus.

In June and July, Frank Ward will be lecturing and giving photography workshops in Tajikistan and Uzbekistan as a Cultural Envoy for the US Department of State, to expand understanding of photography and American culture. Frank will also travel to Kyrgyzstan and Kazakhstan to continue his photography project in Central Asia.

Rachel Perry Welty has a solo exhibition, The Vogue Pictures, at Yancey Richardson Gallery‘s Project Room in NYC, thru 7/6.