Summery news from current and past MCC Artist Fellows/Finalists. 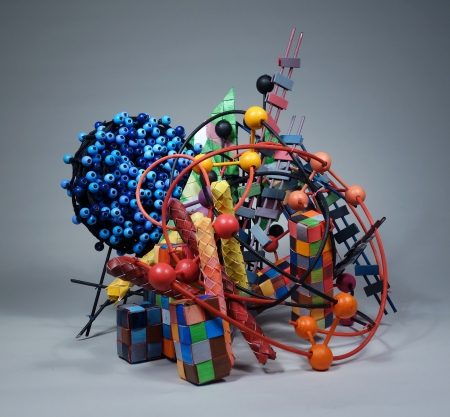 Congratulations to Ilisa Barbash, Jane Gillooly, Lucien Castaing-Taylor, and Lucia Small, all of whom will receive funding from the LEF Foundation as part of their Spring 2016 Moving Image Fund awards.

Carrie Bennett and Frannie Lindsay join Jennifer Barber for a poetry reading at Porter Square Books on 6/8, 7 PM and another at Newtonville Books on 6/16, 7PM.

Five new works created by teams of women artists – which include four past MCC awardees – will be presented as the latest Art on the Marquee by Boston Cyberarts. Ambreen Butt, Mags Harries, Nathalie Miebach, and Deb Todd Wheeler are all creating work for the 80-foot-tall multi-screen LED marquee outside the Boston Convention & Exhibition Center (opening reception 6/1, 6:30-8:30 PM).

Elizabeth Alexander will have a solo exhibition, Spring Will Be a Little Late This Year at Boston Sculptors Gallery (6/8-7/17, artists reception 6/11, 2-5 PM).

Sandra Allen is among the artists in exhibiting in TreeMuse at the Suffolk University Art Gallery (6/9-7-7, reception 6/9, 5-7 PM).

Congratulations to Sari Boren, who was awarded a 2016 Emerging Artist Grant from the St. Botolph Club Foundation. Recently, her essay Failure to Ignite; A Body at Rest was published in the literary journal Hobart.

Christy Georg is artist-in-residence in the Kohler Arts/Industry Program thru July 2016.

Danielle Legros Georges received the honorary degree of Doctor of Humane Letters from Emerson College in May.

Holly Lynton has a solo exhibition of her series Bare Handed in the Filter Photo Festival in Chicago, IL (6/3-6/23, opening reception 6/3, 6-9 PM). She recently participated in the FIX Photo Festival in London, exhibiting with Laura Noble Gallery, and she was part of Photo Finish at Station Independent Projects in NYC.

Julie Mallozzi has launched a crowdfunding campaign on IndieGoGo for her film project, The Circle.

Thomas McNeely‘s novel Ghost Horse was recently on the shortlist for the 2016 William Saroyan International Prize for Writing (winner to be announced later this summer) and as a finalist for the 2015 Lascaux Prize in Fiction.

Richard Michelson will read (with David Giannini) as part of the Collected Poets Series at Mocha Maya’s Coffee House in Shelburne Falls (6/2, 7 PM).

Congratulations to Nathalie Miebach, who won a Virginia A. Groot Foundation Grant. She exhibits a new body of work, The Little Ones, at Miller Yezerski Gallery (thru 7/5, opening reception 6/3, 6-8 PM). As noted above, she’s one of the artists featured in Boston Cyberarts’ latest Art on the Marquee.

Sue Murad will premiere her new film, A Visitor’s Guide to Reorientation on Spectacle Island, co-created with Maria Molteni and Hermione Spriggs. The 20-minute film will screen as part of the Fort Point Arts Community Spring Open Studios, at the FPAC Space at Envoy Hotel, (6/17, 7:30, 8:30, and 9 PM).

Anne Neely has a solo show, Ireland: Place and Ritual at the Paul Dietrich Gallery (thru 7/8).

Cecelia Raker will have readings for her play-in-progress La Llorona, first with Playwrights’ Reading Room at Morrill Memorial Library in Norwood (6/6, 7 PM), and then with Fresh Ink Theatre at Boston Public Library (6/14, 6:30 PM). This past year, she has been a Company One PlayLab Fellow and in July, she’ll have work in the PlayLab Fellowship showcase (7/24).

Monica Raymond has poems and a play monologue in the literary journal Drunken Boat.

Shelley Reed has an exhibition, up close, at Sears Peyton Gallery in New York (thru 6/18).

Emily Ross and her recent novel Half in Love with Death were featured in a recent Boston Globe article.

Eric Henry Sanders has a radio play to be read in the Life in the 413 event at New Century Theatre in Northampton (6/4, 7 PM).

Naoe Suzuki had an artist residency at the Studios at MASS MoCA, organized by the Assets for Artists Initiative, in April. In 2016, she is Artist in Residence at Broad Institute, a collaborative community pioneering a new model of biomedical research, based in Cambridge, MA. Check out Naoe’s Tumblr site for her project Flow, an extension of the participatory installation she created at UMass Lowell last year.

Jung Yun‘s novel Shelter got a great review in the Briefly Noted section of The New Yorker. She has an article, My Fargo, in the April edition of The Atlantic.