It’s June! Paper plate holders, baked bean mounds, and “picnic” (as a verb) are all emerging from their winter slumbers. Here are this sun-shiny month’s news and notes from MCC awardees. 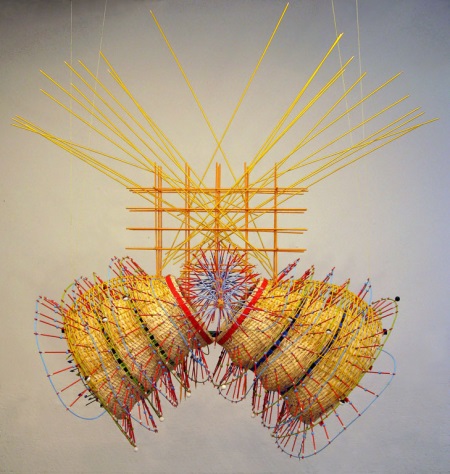 Warner Friedman and Timothy Kadish are in a dual show at Clark Gallery in Lincoln (6/10-7/12).

Alexandra Anthony‘s documentary Lost in the Bewilderness will screen at the Ismailia International Film Festival in Egypt (6/4), followed by its U.S. premiere at the Los Angeles Greek Film Festival (6/7).

Steven Barkhimer is on a winning streak with his play Windowmen. Recent winner of an IRNE award, it also won a Norton Award in May 2014.

David Binder is using Kickstarter to raise funds for another installment in his Calling My Children Project.

Alice Bouvrie is crowdfunding to support her next documentary, about an MIT geologist and the complexities of gender identity.

Congratulations to Alissa Cardone, who was recently awarded a development grant by the National Dance Project of the New England Foundation for the Arts.

Cynthia Consentino has a solo show, Reconfigurations, at A.P.E. Gallery in Northampton, thru 6/29.

Jay Critchley had a staged reading, accompanied by a 9-piece orchestra, of his musical theater work Planet Snowvio, at UC Berkeley Art Museum (CA), in May.

Mary Jane Doherty‘s documentary Secundaria screens at the Museum of Fine Arts Boston (6/18, 7:30 PM). A recent screening in San Francisco was written about in the Huffington Post.

Congratulations to Amy Dryansky, who won a Massachusetts Book Award for her poetry collection Grass Whistle.

Steve Edwards published an essay, One Giant Cliché, in The Rumpus.

Georgie Friedman has work in the exhibition Water, Water Everywhere: Paean to a Vanishing Resource at the El Paso Museum of Art (6/1-8/24). She recently gave the talk Capturing Weather in Video and Installation at the Boston Cyberarts Gallery.

In May, Jane Gillooly‘s nonfiction film Suitcase of Love and Shame screened at Festival EDOC in Quito, Ecuador and at DOCAVIV in Israel.

Raul Gonzalez III is featured, along with Elaine Bay, in New American Paintings.

A sonnet by Holly Guran along with a photo by Philip McAlary are published together in the online journal Postcard Poems and Prose.

Laura Harrington‘s musical version of her novel Alice Bliss will have a workshop at Playwrights Horizons in NYC in June.

Joel Janowitz is presenting a watercolor workshop at the Fine Art Work Center in Provincetown (6/29-7/4) and a monotype workshop at MIXIT Studio in Somerville (7/19-7/22). Later this summer, he has a solo exhibition at gWatson Gallery in Stonington, Maine (8/1-8/23).

Congratulations to Ann Kim, who won a Moving Image Fund Grant from the LEF Foundation.

Scott Listfield co-curated and has work in the exhibition Lost Moment at Gauntlet Gallery in San Francisco (6/28-7/19, opening reception 6/28 7-10 PM). He is profiled by FLUX.Boston founder Elizabeth Devlin in the June issue of Juxtapoz.

In May, Michael Mack performed his one-man-show at Virginia Theological Seminary, the largest accredited Episcopal Seminary in the world. The Washington Post covered the event with a Metro Section feature story.

Rania Matar has photography in group exhibitions in Bangkok (Thailand) and Sharjah (United Arab Emirates). Her solo show Ordinary Lives is on view at The Arab American National Museum in Detroit (thru 8/31).

Caitlin McCarthy has been honored by the Massachusetts Teachers Association with a Human and Civil Rights Award for her activism around DES awareness.

Mary Bucci McCoy and her work were featured on the 365 Artists 365 Days blog.

Vanessa Michalak has a solo show, Everything I Ever Wanted at FOLK Gallery in Kittery, Maine (opening reception 6/6, 5-8 PM).

Nathalie Miebach has work in the exhibition Synergy: Ocean Stories at the New Bedford Art Museum (6/27-9/12).

Liz Nofziger will be in residence at the Boston Center for the Arts this Summer to make BOUNCE, an amplified overgrown ping-pong table to play around the clock on the plaza.

Monica Raymond‘s mini-eco-opera Paper or Plastic (for which she wrote the libretto) is being featured on Atlanta Fringe Audio Festival (thru 6/8). She has visual art in Raise the Roof, an art show of faculty and students of the Cambridge Center for Adult Education (thru 6/6). Finally, she’s been selected to participate in the Composer/Librettist Workshop sponsored by Nautilus Music Theater in St. Paul Minnesota (5/24-6/9) and two of her short music theater pieces will be performed as part of the theater’s Rough Cuts series (6/9-6/10).

Mitch Ryerson was recently was awarded the Spirit Award from the Maude Morgan Art Center in Cambridge.

Peter Snoad‘s play Orbiting Mars will receive a third staged reading on June 7 – this time by Reston Community Players in Herndon, VA as part of its New Play Project. A spoof on militarism and celebrity culture, the play tells the story of a community theater company’s desperate attempt to win a statewide contest by casting the Roman God, Mars, as the lead in a Noel Coward comedy.

Tracy Heather Strain and Randall MacLowry have launched a Kickstarter campaign to support their Lorraine Hansberry Documentary Project, running through 6/20.

Congratulations to Grace Talusan, who won the 2014 Dorothy O’Connor Award from the Boston Chapter of the Women’s National Book Association. She’ll read from her winning essay, “Angelina Jolie (and I) Will Have Another Preventive Surgery,” at Newtonville Books (6/4, 6:30 PM).

Joe Wardwell has a solo show, Party Over, at LaMontagne Gallery in Boston (thru 7/19).

Debra Weisberg gave a talk at MIT’s Department of Architecture in March, as part of the Spring 2014 Computation Lecture Series. She’ll be giving a shortened version of this talk at the Computational Making Workshop of the Sixth International Conference on Design Computing and Cognition (6/21) at University College London.

Elizabeth Whyte Schulze was in the show Considering The Kylix at Peter’s Valley Craft Center Gallery in April and May. She’ll be showing at Marywood University in Scranton, PA in September.

Michael Zelehoski is now represented by the Michael Weiss Gallery. He’s created a site specific installation at the Gallery to coincide with the exhibition Suckerpunch by Joe Fleming.

One of our favorite Fellows Notes of all time: Evan Ziporyn and the “Bang on a Can” group that he co-founded appear in an episode of Arthur! (He’s the clarinet-playing dog.)