Set off some dazzling fireworks (naturally, I mean safely and legally) – it’s time to celebrate July’s news and notes from past MCC fellows/finalists. 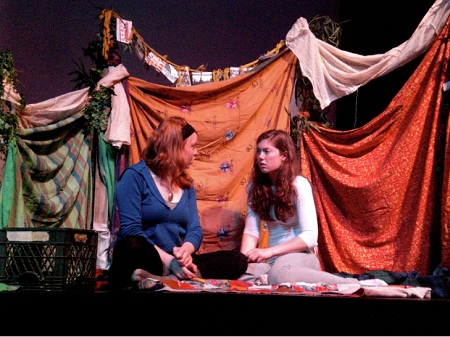 Rebecca Doughty (Painting Finalist ’10), Eric Gottesman (Photography Fellow ’09), Frances Hamilton (Drawing Fellow ’98), and Dawn Southworth (Drawing/Printmaking/Artist Books Finalist ’04) are all exhibiting work in Picture Books, featuring art in all media that pictures, or, references a book within the composition, or, is a book of some kind. The show runs at Clark Gallery in Lincoln through August 6, 2011.

Camilo Ramirez (Photography Fellow ’09) and Irina Rozovsky (Photography Finalist ’09) are exhibiting in a dual show of their recent photography, called Details at a Distance. The show runs at Fountain Studios in Brooklyn, NY, July 9-30, 2011, with an opening reception July 9, 7-10 PM.

An installation of the work of Karen Aqua (Film & Video Fellow ’11), called Animal, Vegetable, Mineral, will be on exhibit at the Brickbottom Gallery in Somerville, through July 10, 2011. The exhibition features pastel drawings, sounds, and video from Karen’s final film, Taxonomy, which was completed one month before her untimely passing on May 30, 2011. There will be a memorial tribute to Karen’s life and work on July 10, 2011, 2 PM, at the Center for Arts at the Armory in Somerville.

Sweetgrass, a film by Ilisa Barbash and Lucien Castaing-Taylor (Film & Video Fellows ’11), will be broadcast on PBS as part of the POV series starting July 5, 2011.

Congratulations to Michele Caniato (Music Composition Fellow ’07) for receiving a Fulbright award. He will be in Helsinki, Finland for four months starting in September, hosted by Metropolia University and will be composing, conducting, and lecturing.

On her blog, Cheryl Clark (Poetry Finalist ’10) added an audio recording of her reading from the Commonwealth Reading Series this past March 2011.

Patrick Donnelly (Poetry Fellow ’08) has a great interview on the Mass Poetry Festival blog, where he discusses opportunities available at The Frost Place, a poetry education center where he is Director of the Advanced Seminar. 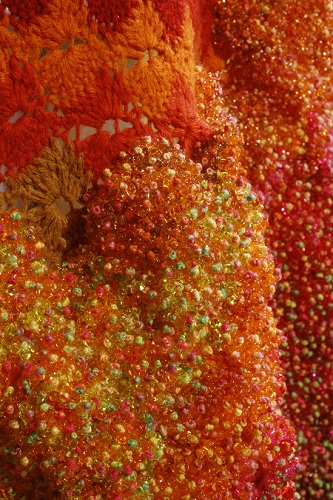 Samantha Fields (Sculpture/Installation Fellow ’11) has a solo show, Ecstasy and Common Sense, at NK Gallery in Boston. The show will run July 6-29, 2011, with an opening reception July 8, 6-8 PM.

Laura Harrington‘s (Playwriting Fellow ’05, ’97) novel Alice Bliss is a People Pick, receiving four out of four stars in the July 4th issue of People Magazine. Laura will join JoeAnn Hart for a reading on Wednesday, July 6, 2011, 7:30 PM, at Gloucester Writer’s Center (call for start time). Laura will also have a joint reading with fellow debut author Rebecca Makkai at the Boston Public Library (Tues, July 12, 2011, 6 PM). And, she’ll have a talk, Q&A, and signing at Stellina’s Restaurant in Watertown, on Wednesday, July 13, 6-7:30 PM.

Gregory Hischak‘s (Playwriting Finalist ’11) new full-length play Volcanic in Origin had its world premiere at the Source Festival in Washington D.C. and runs through July 3, 2011. Read an essay about the play by its dramaturg LaRonika Thomas.

Congratulations to Rania Matar (Photography Fellow ’11, ’07), whose A Girl and Her Room series is featured in a same-titled exhibition at The Mosaic Rooms in London, UK (through July 23, 2011). Also, Umbrage Editions will print a book of photos from the A Girl and Her Room series, scheduled for release Spring 2012. Rania’s exceptional work has recently been awarded the Legacy Award by Debra Klomp Ching in conjunction with the 17th Juried Exhibition at the Griffin Museum of Photography (through August 29); First Place at the Off the Wall Exhibit at the Danforth Museum of Art (through August 7, 2011); First Prize at The Julia M. Cameron Awards: Category Portrait, People and Figure; and Winner in the PDN Magazine Photo Annual 2011 in the Personal Category (featured in the June 2011 edition). Rania’s work is included in a number of group shows: University of Maine Museum of Art Photo National 2011 Exhibition (through September 24, 2011); Photographic Resource Center Exposure 2011 Exhibit (opening reception: July 21, 6:30PM, exhibit through August 21); Beirut Exhibition Center, Rebirth: Lebanon 21st Century Contemporary Art (through July 24, 2011).

Rachel Mello (Painting Finalist ’10) has a solo show of works from her Cities and Shadows Series at Soapbox Gallery in Brooklyn, NY, July 8 through July 20, 2011. There will be an opening reception on Saturday, July 9 5-7 PM. Rachel’s monoprint School of Pliers in Peril is featured in Crest Hardware Art Show in Brooklyn, NY, a show that features art inspired by and/or involving hardware. The show runs through July 30. Also, Rachel’s work was recently featured in Multiple/Unique at the Washington Street Art Center in Somerville.

Congratulations to Nathalie Miebach (Sculpture/Installation Fellow ’09), who received a TED Global Fellowship! As part of the Fellowship, she’ll participate in the TED Global Conference, which will be held in Edinburgh (UK), July 11-15, 2011.

Caleb Neelon (Sculpture/Installation Fellow ’07) was one of the innovative thinkers invited to speak at the June 2011 TEDxBoston! Read a recent interview with Caleb on the Converse blog. 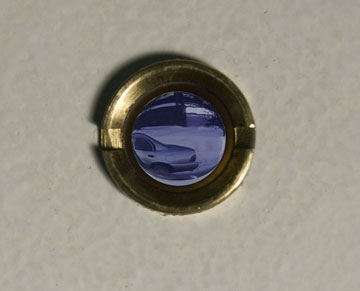 Liz Nofziger (Sculpture/Installation Fellow ’05) is among the artists in Shifting Terrain: Landscape Video at the Currier Museum of Art in Manchester, NH. The exhibition runs July 2-September 18, 2011, with an opening reception July 7, 5:30-7:30 PM.

Masha Obolensky‘s (Playwriting Finalist ’11) ten-minute Girls Play has been selected to participate in The Samuel French Off-Off Broadway Short Play Festival. The festival, now in its 36th year, takes place at The Lion Theatre on Theatre Row in NYC on July 19-24. Read an interview with the playwright on the Festival’s blog.

Monica Raymond‘s (Playwriting Finalist ’07, Poetry Finalist ’08) story Ludd and the Perkadoodles was a runner up for the contestoria contest at HERE ARTS CENTER. Read it online.

Katy Schneider (Painting Fellow ’00) is featured in Inside/Out, a dual show with David Gloman of expressive landscapes and interiors, at studio21south in North Adams, through July 10, 2011.

Congratulations to Tracy Heather Strain and Randall MacLowry (Film & Video Fellows ’07), whose Lorraine Hansberry Documentary Project won a $30,000 grant from the National Endowment for the Arts!

Naoe Suzuki (Drawing Fellow ’06) is collaborating with the theatre company Dramahound Productions for a fascinating multi-media installation. Mi Tigre, My Lover at the Open Source Gallery in Brooklyn, NY features a play based on Naoe’s paintings, which are inspired by early 20th century female tiger trainer Mabel Stark. The paintings serve as the backdrop for a play by Anne Phelan. The play runs June 25-July 9, 2011, at 306 17th Street, between 5th and 6th Ave, South Slope, Brooklyn.

Nine Houses: nine matted archival pigment prints by Maxine Yalovitz-Blankenship (Drawing Fellow ’83, Painting Finalist ’82, ’83), has just been published by Tahawus Press. The prints are in a clothbound boxed folio, limited to an edition of fifty, and are accompanied by text and poetry, written in response to the images, by Alan Lightman, Maxine Kumin, Florence Ladd, John Baeder, Elizabeth McKim, and her fellow Guggenheim Fellows: Morris Halle, Philip Levine, Ann Patchett, and Richard Wendorf.

Kevin Young (Poetry Fellow ’10) will present an afternoon of poetry at The Mount, the historic home of Edith Wharton in Lenox, MA. The reading, presented in partnership with the Amy Clampitt Fund, is on July 9, 2011, at 4 PM. Tickets are $12 and are available online. 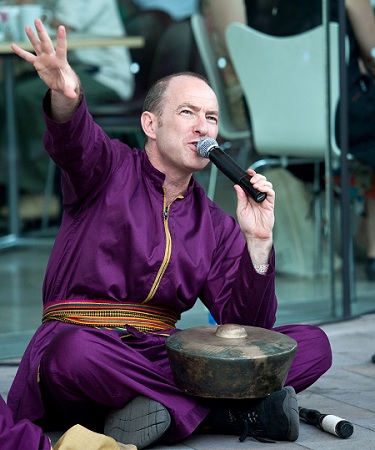 Evan Ziporyn (Music Composition Fellow ’11) will present in The Music of Evan Ziporyn on Thursday, July 7, 2011, 8 PM, at the Shalin Liu Performance Center as part of the Rockport Music Festival. The composer will perform along with musicians including “friends from Bang on a Can.” Speaking of: from July 13 through July 31, the tenth annual Bang on a Can Summer Music Festival takes place at MASS MoCA in North Adams. Evan Ziporyn, who has been actively involved in the festival since its inception, will pariticpate in the Festival, which is dedicated to programming today’s most innovative new music and includes public performances, recitals, and lectures, plus workshops for participants in everything from Balinese music to improvisation, master classes, music business seminars, and more.