As we continue to celebrate 40 years of fellowships in Massachusetts, here are some of the star-spangled, firecrackin’ July honors and accomplishments of the program’s awardees. 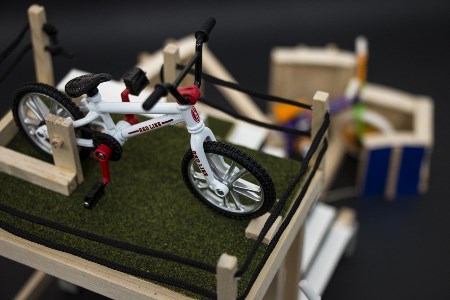 Eighteen past Fellows and Finalists, including awardees from each of the four decades in the Artists Fellowships’ history, are among the artists participating in the Isles Arts Initiative, in and around the Boston Harbor Islands this Summer. Elizabeth Alexander, Amy Archambault, and Samantha Fields, and the !ND!V!DUALS Collective (which includes Luke O’Sullivan) have created site-responsive installations for Cove on Georges Island; Marilyn Arsem is among the artist performing in SEEN/UNSEEN on Spectacle Island; Christopher Abrams, Matt Brackett, Allison Cekala, Rosalyn Driscoll, Christopher Frost, Mags Harries, Scott Listfield, Kenji Nakayama, Andrew Neumann, Nick Schietromo, Candice Smith Corby, and Hannah Verlin are exhibiting in 34 at Boston Sculptors Gallery; and Sarah Wentworth is among the artists in Islands on the Edge at the Atlantic Wharf Gallery of Fort Point Arts Community. The project is led by curator and FLUX.Boston creator Liz Devlin.

Current and past MCC awardees including Karen Aqua, Prilla Smith Brackett, Caleb Cole, Gary Duehr, Matthew Gamber, Nona Hershey, Greer Muldowney, Elaine Spatz-Rabinowitz, Debra Weisberg, and Sarah Wentworth are exhibiting in the exciting exhibition In/Sight at the new Lunder Art Center at Lesley University (7/9-8/9, opening reception 7/9, 6-8 PM). The exhibition is curated by Randi Hopkins, Associate Director of Visual Arts at the Boston Center for the Arts and celebrates the diversity of artists in Cambridge and Somerville.

Samantha Fields and Andrew Mowbray are among the artists in Tactile Textiles, featuring multidimensional fiber work, at the Boston Convention & Exhibition Center thru 12/2015.

Amy Archambault was named Artist in Residence for the Boston Center for the Arts Public Arts Residency. She is creating a large-scale interactive installation, inMotion: Memories of Invented Play, for the BCA’s Tremont Street Plaza (7/23-10/18).

David Binder‘s documentary Calling My Children will again be broadcast on PBS this month, due to the success of its previous broadcasts. Find a broadcast schedule.

Steven Bogart will be directing a new play conceived in 24-hours, as part of the Mad Dash event from Fresh Ink Theatre and Interim Writers (7/11, 8 PM Cambridge YMCA).

Prilla Smith Brackett will exhibit as part of the group show InSight, juried by Randi Hopkins, at Leslie University’s Lunder Center for the Arts (7/9-8/9). She recently exhibited in Fractured Visions at Danforth Art; Smith College Museum of Art acquired her work Remnants: Communion #9 from that show.

Kelly Carmody won the Edmund C. Tarbell Award from the Guild of Boston Artists for her portrait Patrick (Man Holding White Cloth), and her winning painting is on the cover of the July/August issue of Fine Art Connoisseur magazine.

Timothy Coleman is exhibiting in Our Stories, a New Hampshire Furniture Masters show at the Thorne-Sagendorph Art Gallery, Keene, NH (thru 7/23, artist reception and presentation 7/2, 5:30 PM).

Gary Duehr is among the artists exhibiting in In Passing, a show of hybrid photography that incorporates painting or printmaking, at ArtSpace Maynard (thru 7/10).

Holly Guran read from her recently published poetry book River of Bones at the New England Mobile Book Fair in Newton (7/1 7 PM). She’ll also read on 8/1 at the Hunnewell Building of the Arnold Arboretum, with the Jamaica Pond Poets, in conjunction with an exhibit called Arboretum Inspiration: Image and Word, featuring poems by Holly and photographs by Philip McAlary (thru 9/3).

Michael Joseph and his photography were featured in a photo essay on CNN.com.

Melinda Lopez‘s new play-in-progress Yerma will have a free public reading (RSVP here) at the Calderwood Pavilion of the Boston Center for the Arts (7/25, 3 PM), as part of the Huntington Theatre Company’s Summer Workshop.

Mary Lum‘s recent show at Carroll and Sons Gallery was reviewed in the Boston Globe.

Mary Bucci McCoy is exhibiting at Gray Contemporary in Houston, TX, in a solo show, Residuum (thru 7/25).

Gary Metras published a poetry book, The Moon in the Pool through Presa Press.

Nathalie Miebach is doing an artist residency at the Mountain Lake Biological Station in the Virginia Mountains as part of their ARTLab Program.

Monica Raymond wrote the libretto for a new chamber opera, Koan, (Charles Turner, composer) which had a workshop at New Opera and Musical Theater Initiative in June with Teresa Winner Blume and Brian Church.

Peter Snoad‘s new multi-media play, The Draft, about personal experiences with the military draft during the Vietnam War, will premiere at Hibernian Hall in Roxbury (9/10-9/20), where Peter has been Visiting Playwright. The play will then go on the road for performances at Westfield State University, The Academy of Music in Northampton, and Trinity College in Hartford, CT. Peter has launched a crowdfunding campaign to finance and continue the tour. Peter’s short play, My Name is Art, will be staged by Fort Point Theatre Channel as part of its Inter-Actions festival (7/17-7/19).