Some news from MCC’s past fellows/finalists, to read by the light of the rockets red glare. 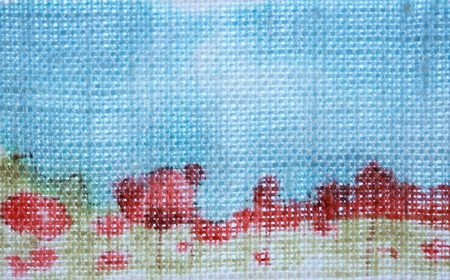 Massachusetts Cultural Council Awards to FAWC Fellows: The Importance of Artists Among Us, an exhibition featuring Linda Bond, Nathalie Miebach, Jim Peters, and Nicky Tavares, curated by Daniel Ranalli, is at Fine Arts Work Center in Provincetown this month. The exhibition is in conjunction with FAWC’s 4th annual Summer Awards on Saturday, July 13, 2013, this year being given to Governor Deval Patrick to honor his support of the arts in Massachusetts. It will be open to the public 7/14-7/26.

Keiko Hiromi, Tara Sellios, and Frank Ward are among the artists selected for the 2013 Exposure exhibition at the Photographic Resource Center.

Liz Duffy Adams‘s play A Discourse on the Wonders of the Invisible World is premiering at the Contemporary American Theater Festival in Shepherdstown WV, July 3–28. Read an article about the premiere.

Rosanna Yamagiwa Alfaro will workshop her new play Mammal Heat for two weeks this month (7/10-7/21), followed by a public reading, as part of the Huntington Playwriting Fellows Program.

Lou Bunk‘s piece “Being and Becoming” for toy piano and electronics is being released on a CD through Innova Recordings, late 2013/early 2014.

Caleb Cole‘s solo exhibition Other People’s Clothes is at Drift Gallery in Portsmouth, NH (7/12-8/18). In recent months, his work has been featured online at Wired.com, PetaPixel, PDN Photo of the Day, and Pictureline, and he took part in a residency at the Vermont Studio Center.

Patrick Donnelly has won a $22,000.00 U.S./Japan Creative Artists Program award, which will fund a 3-month residency in Japan during 2014.

Rebecca Doughty‘s new drawings are exhibited in Ink at Davis Orton Gallery thru 7/28.

Tara Masih edited The Chalk Circle: Intercultural Prizewinning Essays, and the collection has received four prestigious honors: it won the Skipping Stones Honor Award, was a runner-up in the New England Book Festival contest, won a Silver Benjamin Franklin Award from the Independent Book Publishers Association, and won a Silver Medal in ForeWord Reviews’ Book of the Year Awards.

Mary O’Malley has work in Beyond Borders, Walker Contemporary’s inaugural show at their new space in Vermont. Also, Tangent at 13 Forest Gallery, runs thru 7/5.

Monica Raymond wrote the libretto for a new mini “eco-opera,” Paper or Plastic, debuting in a concert performance as part of American Repertory Theater’s participation in the Out of the Box Festival, at 7/17 (noon) at Boston Common. The opera will also be performed at Cambridge Center for Adult Education 7/18, 8 PM, sponsored by the Cambridge Arts Council.

Congratulations to Evelyn Rydz, who was selected from a group of 10 traveling fellows for a solo presentation at the Museum of Fine Arts, Boston (MFA) 4/19/14-10/26/14.

Carolyn Shadid Lewis is exhibiting her multimedia installation Seams at Sirius Arts Centre in Cobh, Ireland, opening 7/11-8/11. The project was developed during the Centre’s Artist-in-Residence Programme.

Elizabeth Whyte Schulze has work in Celebrating the Art of Sculpture, at the Barn Workshop in Danvers, thru 9/13.