A new year of news/notes from past MCC Fellows and Finalists. 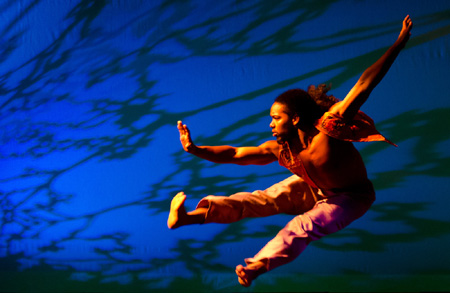 Deborah Abel and The Deborah Abel Dance Company will present Calling to You, an evening of modern dance that premiered in Boston in 2012. After a 3 city tour of India last December, the company is returning to perform at the Tsai Performance Center (1/25 at 7:30 PM & 1/26 at 3 PM) with an ensemble of 11 dancers, and 7 musicians under the musical direction of Lee Perlman.

Congratulations to Steven Barkhimer, whose play Windowmen was selected for “Best of” lists in WBUR’s ARTery and Edge Boston. Also, read Steven’s description of acting in the movie American Hustle, in the blog of Imagine Magazine.

Candice Smith Corby was awarded a November Awesome Grant from the Boston chapter of the Awesome Foundation. She also won a 2013 Berkshire Taconic Artist’s Resource Trust Fund Award. In April 2014, her stacked wall painting will be on exhibit at Highfield Hall in Falmouth.

Ralf Yusuf Gawlick‘s new 8-voice a cappella Mass, Missa gentis humanæ, will receive its world premiere (2/17, 8 PM, Church of St. Ignatius of Loyola) by Julian Wachner and the elite, Grammy-nominated Choir of Trinity Wall Street from New York. The work will also be recorded for the internationally distributed label Musica Omnia at that time.

Elizabeth Graver‘s novel The End of the Point was named as a Best of 2013 in Fiction by Kirkus Reviews.

Colleen Kiely has a painting included in Cambridge Art Association’s Red Biennial (thru 1/24).

Congrats to Melinda Lopez; due to extraordinary early demand for her play Becoming Cuba (3/28-5/3 at Huntington Theatre Company), the play’s run has been extended into May.

Sarah Slifer Swift‘s dance work Then it seemed beautiful will be performed at Trident Gallery in Gloucester (1/17, 7:30), as part of the Winter Meditations series of performances.

Elaine Spatz-Rabinowitz has a show of war-related bas reliefs, The Ground Never Speaks, at the Miller Yezerski Gallery (thru 2/4). Recently, she returned from a residency with The Arctic Circle in the fall, where she collected material for her next series of work.

Rodney Wittwer will be part of the Literary Firsts reading at Middlesex Lounge in Cambridge (1/20, 7 PM).

Vladimir Zelevinsky‘s play A Brief History of the Soviet Union will premiere at an off-off-Broadway in NYC, produced by The Hive Theatre (1/16-2/1, opening night 1/17 8 PM).

Image: still image from CALLING TO YOU, choreographed by Deborah Abel, photo by Liza Voll.