From the looks of it, the new year will be rich with great art! 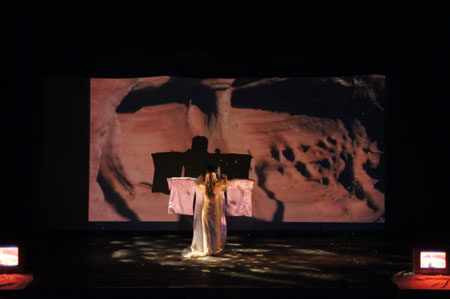 Peter Brown (Fiction/Creative Nonfiction Fellow ’06) reads from his new short story collection A Bright Soothing Noise at Brookline Booksmith, on Tuesday, January 11, 7 PM. The collection, which won the Katherine Anne Porter Prize in Short Fiction, is about characters struggling to realize their own pieces of the American dream.

Patrick Donnelly (Poetry Fellow ’08) is the new director of the Advanced Seminar at The Frost Place, a poets’ residency and educational center in New Hampshire.

Beth Galston (Sculpture/Installation Fellow ’84) unveils a new public art project this month, Serpentine Fence. Three years in the making, this permanent sculpture is a 120-foot-long serpentine fence made of stainless steel and translucent purple metal mesh, with special lights at night. The project has involved a collaboration between the City of Boston Parks Department, JP Centre/South Main Streets, Ray Dunetz Landscape Architecture, Solutions in Metal (Fabricator), Ron Marini (Contractor), and the artist, supported by grants from The Browne Fund. 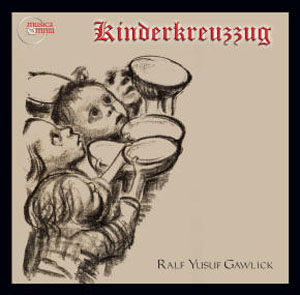 In April 2010, Ralf Yusuf Gawlick (Music Composition Fellow ’09) premiered Kinderkreuzzug, a large-scale work for children’s voices and small chamber ensemble (read an ArtSake post about the work). Musica Omnia has released a CD of the powerful cantata, which adapts Bertolt Brecht’s extraordinary poem about a group of orphaned children on a crusade to find a land of peace.

Eric Hofbauer (Music Composition Fellow ’09) was recently featured in an interview/solo set on BBC’s Jazz on 3 radio show. In it, he played several pieces from his American Fear solo recording.

Congratulations to Sharon Howell (Poetry Fellow ’10), who recently learned that her poetry collection has been accepted for publication by Pressed Wafer Press – details to come!

Jan Johnson (Drawing Fellow ’10) is one of the artists exhibiting in A woman’s work is never done, at the A.I.R. Gallery in Brooklyn, NY. The show, curated by Susanne Altmann, includes work by women from throughout the country (and world). The art focuses on diverse artistic approaches and blends “the personally meaningful with a close and objective eye toward cultural observation” (read more). The show runs at January 5-January 30, 2011. See images of the exhibition on A.I.R. Gallery’s Facebook page.

Jane D. Marsching‘s (Photography Finalist ’03) work Ice Out an edition of 5 “hybrid prints,” is on exhibit at Ningyo Editions in Watertown, through January 15, 2011. The work draws on wind data during “ice out” days (90% melt of pond ice), using data drawn today via specially created software (co-written with Matthew Shanley) and from Thoreau’s 1847 almanac. This piece includes a video with choreographer/dancer Sarah Baumert. 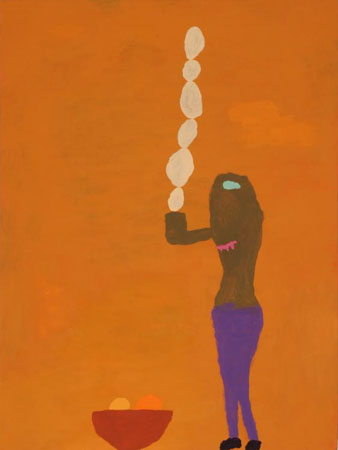 Todd McKie (Painting Finalist ’08) has a solo exhibition of collages and of paintings on found wooden panels at Victoria Munroe Fine Art in Boston, January 13 – February 26, 2011.

Nathalie Miebach (Sculpture/Installation Fellow ’09) has a solo show opening this month at the Fuller Craft Museum in Brockton. Changing Waters is the largest installation Nathalie has build so far, a 27-foot long wall piece and four 10-foot long sculptures. The installation looks at the interaction between ocean and weather systems in the Gulf of Maine, integrating both data from off-shore buoys and weather stations as well as some of the rich fishing history. It’s fantastical, theatrical and numerical. The installation will be on exhibit January 15, 2011 – September 25, 2011, with an opening reception February 27, 2011, 2-5 PM.

Koji Nakano (Music Composition Finalist ’09) has had a fortuitous run since receiving his MCC award. In 2011, in conjunction with a University of California/Davis lecture, his work Ancient Songs will be performed at Chapman University (Jan. 14), University of California at San Diego (Jan. 20), and the Hong Kong Arts Centre (March 6). In 2010, Mr. Nakano received a MetLife Creative Connections Grant from Meet The Composer to support the premiere of Time Song III: Reincarnation “The Birth of a Spirits” at the Pacific Rim Music Festival. It was subsequently performed in Seoul, Korea, and Taipei, Taiwan. Two film/music collaborations with filmmaker Tiffany Doesken premiered in 2010: Unspoken Voices-Unbroken Spirits for Audio Visual at the 2010 ISCM World New Music Days in Sydney, Australia, and Looking at a Dancing Apsara through Rectangular Prisms at the Interactive Creative Forum. In the fall of 2010, the multi-media concert Music, Dance and Film: Innovation and Tradition in the Works of Koji Nakano was presented as part of the Annual Music and Performing Arts at Burapha University in Bangsaen, Thailand (see image above). Also in 2010, Mr. Nakano received a residency fellowship from the Ucross Foundation in Wyoming, an ASCAPlus Award, and the White Flowers Residency for Composers from Yaddo. In the fall of 2009, Ensemble Reconsil Vienna gave the world premiere of his Scattered Clouds/Dramatic Sky as part of Composers Forum in Mittersill (recorded on CD KOFOMI #14 from Ein_Klang Records).

Anna Ross (Poetry Finalist ’10) has poetry in the Fall/Winter 2011 issue of the journal Barrow Street.

Eric Henry Sanders‘s (Playwriting Fellow ’09) play Reservoir had its world premiere at The Drilling CompaNY Theatre in New York, November 4 -24th, 2010 – read a terrific review in the New York Times. The run has been so successful that it’s been extended for an additional eight shows: January 6-16, 2011. You can read about the play’s development (as well as hear an excerpt performed by Company One) on ArtSake.

Adam Schwartz (Fiction/Creative Nonfiction Fellow ’10) reads from his new novel A Stranger on the Planet (an excerpt of which won him an MCC fellowship) at Brookline Booksmith on Thursday, January 27, at 7 PM. Next month, he joins poet Dan Chaisson for a reading at Porter Square Books in Cambridge, Wednesday, February 9, 7 PM.

In The Guardian, Annie Proulx gives Salvatore Scibona‘s (Fiction/Creative Nonfiction Fellow ’06) The End a great review, calling it “an outstanding work in all the right ways.” 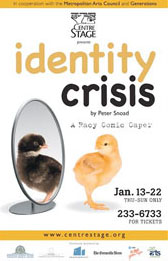 Peter Snoad‘s (Playwriting Fellow ’09) new full-length farce, Identity Crisis, winner of the 2010 New Play Festival at Centre Stage in Greenville, South Carolina, will receive a workshop production there from January 13-22. Also this month, his short play My Name Is Art will run at the Short and Sweet Festival in Sydney, Australia (January 5-February 20). Recently, his play The Greening of Bridget Kelly was performed at the Roy Arias Studios in Manhattan by 3 Road Productions as part of its “Blood Bond” series of new plays.

Cam Terwilliger (Fiction/Creative Nonfiction Fellow ’08) was recently named the Associate Fiction Editor at West Branch, and his short story “The Kingdom” was a finalist for Narrative‘s “People Under 30” contest. 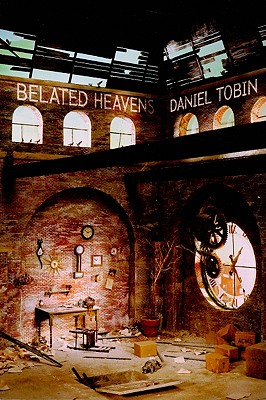 Rachel Perry Welty (Sculpture/Installation Fellow ’09, Drawing Fellow ’04) will have a solo exhibition at deCordova Sculpture Park + Museum in Lincoln, called Rachel Perry Welty 24/7. A 68-page fully illustrated catalogue/artist book has been created in conjunction with the show, which runs January 29 – April 24 with an opening on February 5, 2011. By the way, Rachel recently had a solo show of work at Yancey Richardson Gallery in New York, which received a nice blurb in The New Yorker.