In February, our past awardees roll with rock book clubs, pack for Rome residencies, go walking (and dancing) in Memphis, and lots more. 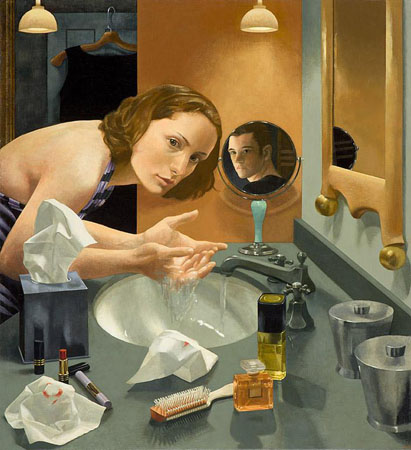 Five MCC Artist Fellowship Program awardees in Painting, Vico Fabbris (Fellow ’06), Christopher Faust (Fellow ’10), Joel Janowitz (Fellow ’08), Laurie Kaplowitz (Finalist ’08), and Anne Neely (Finalist ’10) are in an exhibition at the Shipyard Gallery in Hingham, a satellite gallery of the South Shore Art Center. The exhibition runs through February 20, 2011 at 18 Shipyard Drive, next to the Hingham Beer Works. Read about the show in the Boston Globe.

Steve Almond‘s (Fiction/Creative Nonfiction Fellow ’08) book Rock and Roll Will Save Your Life is the inaugural selection of the new Rock and Roll Book Club. Since the club, inspired by a love of books and rock and roll, reads and discusses books with a connection to rock, we can’t think of a better first selection that Steve’s ode to the pop music we love (even when we know we shouldn’t). Steve will join the group for a launch party on February 16 at The Enormous Room in Cambridge. Read about the Rock and Roll Book Club in Time Out Boston.

Claire Beckett (Photography Fellow ’07) has a solo show opening this month at Carroll and Sons in Boston: You Are…, February 23-March 26, 2011, opening reception Friday, March 4, 5:30-7:30 PM. She’s also among the artists currently exhibiting in The Truth Is Not in the Mirror: Photography and a Constructed Identity at the Haggerty Museum of Art at Marquette University in Milwaukee, WI, through May 22, 2011.

Nell Breyer (Choreography Fellow ’06) will give an illustrated lecture called Perceptions of Motion at the Observatory Room in Brooklyn, NY, on Friday, February 11, 8 PM. The lecture, which is presented by the Hollow Earth Society, will explore how we perceive motion, using art and science as lenses.

In late 2010, Janet Echelman (Crafts & Sculpture/Installation Fellow ’09) was awarded a prestigious, year-long residency at American Academy in Rome. She’s currently working on three sculptures to be featured in Terminal 2 at the San Francisco Airport (see a computer simulation of her recomposure zone in this New York Times article). What’s more, she’ll be presenting at TED2011 on March 1, 2011, as part of the Threads of Discovery series. 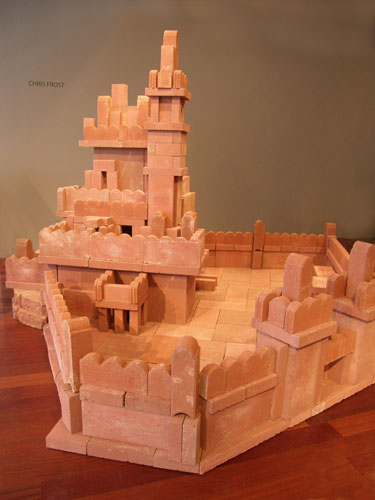 MASS MoCA will screen Michal Goldman‘s (Film & Video Fellow ’07) film At Home in Utopia, which tells the story of immigrant Jewish garment workers as they challenged social norms through the cooperatively owned and run United Workers Cooperative Colony, aka the “Coops.” The documentary, showing on Thursday, February 10, at 7:30 PM, is part of MASS MoCA’s “Power to the People” Series. Screened in Club B-10, followed by a Q&A with the filmmaker.

Masako Kamiya (Painting Fellow ’06, ’10) is part of two exhibitions opening this month. She’s among the artists in Extravagant Drawings at Dorsky Gallery in Long Island, NY, February 6-April 10, 2011, opening reception Sunday, February 6, 2011, 2-5 PM. Also, she, along with Rose Olson and other artists, is featured in Point of Departure at The Gallery Della – Piana in Wenham, MA. The show runs February 13-April 21, 2011, opening reception, Sunday, February 13, 3-5 PM.

Kathryn Kulpa (Fiction/Creative Nonfiction Finalist ’10) has a new piece published in decomP magazine, “Soon, and for the Rest of Your Life.” Also, the Winter 2011 issue of Newport Review, which she edits, just made its online debut. The journal is now looking for submissions of poetry, prose and artwork for the Summer 2011 issue.

Caitlin McCarthy (Playwriting Finalist ’11) is interviewed on WCVB-TV Boston’s Chronicle, on Friday, February 18, 2011, about her screenplay Wonder Drug, which explores the DES drug disaster. She’ll also discuss efforts, advocacy, and personal history with the case. The program coincides with the 40th anniversary of the DES cancer link discovery at Boston’s Massachusetts General Hospital. Find details on The Boston Channel or watch the program after it airs on the Chronicle HD Archives.

Gary Metras (Poetry Fellow ’84) was profiled in and is the cover photograph for the National Education Association’s magazine for retired members, The Active Life, Nov. 2010 issue, with a focus on retired teachers who are published writers. Also, Gary has a poetry reading this month, on Friday, February 18, 2011, 7 PM, at Amherst Books in Amherst, Mass.

Nathalie Miebach‘s (Sculpture/Installation Fellow ’09) installation Changing Waters will be on exhibit at the Fuller Craft Museum in Brockton through September 25, 2011. There will be an opening reception on February 27, 2-5 PM, and an artist talk on March 27. Also, Nathalie will conduct an intensive, week-long sculptural weaving workshop at the museum March 8-12. Elsewhere in the state, she has a solo show called Musical Scores and Sculptures at the Anderson Gallery at Bridgewater State Univeristy. The show runs Feb 14 – March 11, with an opening reception Thursday, February 17, at 4:45 PM. 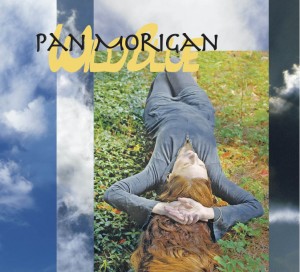 Koji Nakano‘s (Music Composition Finalist ’09) Ancient Songs was recently performed by Soprano Stacey Fraser at Chapman University and at the University of California at San Diego, and another performance is planned at the Hong Kong Arts Centre on March 6, 2011. On February 20, 2011, Fraser will premiere Arigatoo, an aria from Koji Nakano’s second opera Spiritual Forest, as part of a concert at the Kennedy Center in Washington DC. In addition, she will give the Taiwan Premiere of the same aria at the Taipei National Concert Hall on March 1, 2011.

Jendi Reiter (Poetry Fellow ’10) was runner-up for the 2010 Iowa Review Award in Nonfiction.

Matt Rich (Painting Fellow ’10) was among the artists selected by the editors of New American Paintings as 11 to watch.

Adam Schwartz (Fiction/Creative Nonfiction Fellow ’10) will have an event celebrating his book A Stranger on the Planet at Wellesley College (where he teaches), on February 4, 2011. Also, he joins poet Dan Chaisson for a reading at Porter Square Books in Cambridge, on February 9,  at 7 PM. Read a terrific review of Adam’s novel in the Boston Globe.

Carolyn Webb (Sculpture/Installation Fellow ’82) will have a solo exhibit of sculpture and prints at Spheris Gallery in Hanover, NH. The show runs February 19-March 22, 2011.

Rachel Perry Welty (Sculpture/Installation Fellow ’09, Drawing Fellow ’04) has a solo exhibition at deCordova Sculpture Park + Museum in Lincoln, called Rachel Perry Welty 24/7. The show runs through April 24, with an opening on February 5, 2011. Read a Q&A with Rachel in the Boston Globe. 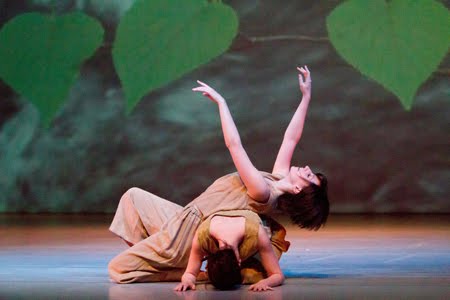 Judith Wombwell (Choreography Fellow ’10) choreographed a piece called Integral for Project: Motion in Memphis, TN. The piece will be part of a performance at Evergreen Theatre in Memphis, February 18-20, 2011. Judith’s company Deadfall Dance will perform their piece Grass as part of the concert. Read an article about the rehearsal process for Integral.