Happy December! Read our monthly list of the news and honors of MCC Artist Fellows & Finalists. 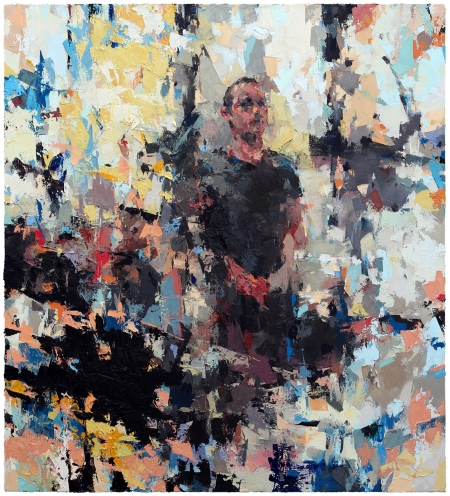 Sheila Gallagher and Deb Todd Wheeler join Eva Lundsager for the exhibition Inscape/Instress, at the Wellesley College Jewett Gallery (thru 12/18). Read a thoughtful review in the Boston Globe.

David Bookbinder recently published a book, book, 52 Flower Mandalas: An Adult Coloring Book for Inspiration and Stress Relief, based on his Flower Mandala series, which he submitted to win his 2007 Artist Fellowship.

Sean Greene‘s work is on exhibit at the Herter Gallery at UMass Amherst thru 12/14, in a group show at Geoffrey Young Gallery in Great Barrington thru 12/19, and in the Hive small works show at the Mingo Gallery in Beverly thru 1/30.

Marky Kauffmann has work in Gendered Perspectives: An Investigation into Contemporary Identities at the Bradley University Hartmann Center Gallery (thru 12/10).

Scott Listfield participated in a fascinating project that auctions off original art work based on the new Star Wars movie.

Holly Lynton has photography shown by the Dina Mitrani Gallery as part of the Miami Project fair in December. Her work is also in Self-Proliferation, the annual exhibition of the Girls Club Foundation Collection in Fort Lauderadale FL, opening event 12/5, 9AM-1PM.

Rania Matar‘s has a solo photography show, Becoming: Girls, Women, and Coming of Age, at East Wing Gallery in Dubai. The same series of photographs is featured in a new book, L’Enfant Femme.

Caitlin McCarthy submitted a script to the Final Draft Big Break Contest and recently learned she was in the Top Ten.

Christian McEwen had a dramatized reading from her play Legal Tender: Women & the Secret Life of Money in November, at City Lore in NYC.

Rachel Mello was selected to become an Associate Member of the artist-run Kingston Gallery. Also, the Calendar and Postcard Book she created, comprised of pencil, ink, and watercolor sketches of Somerville and Cambridge, is now available.

Nathalie Miebach joins science reporter Ari Daniel for a dialogue, Subjective Data, at the Cambridge Innovation Center, 12/10, 6-7PM, 5th floor, Havana Room. The event will explore how data informs us; each will share how they unravel data in their respective projects.

Monica Raymond wrote the lyrics for the song After Harvest, part of a winter-themed choral piece composed by Tim Takach called The Longest Nights. The Longest Nights has rolling premieres in 42 different states, and its Massachusetts premiere will be performed by the Oriana Consort on 12/4, 8PM (University Lutheran Church in Cambridge), 12/12, 8 PM (First Lutheran Church of Boston), 12/13, 5PM, United Parish in Brookline).

Emily Ross is publishing her new novel Half in Love with Death this month. Upcoming readings include Trident Books and Café in Boston 12/9, 7 PM.