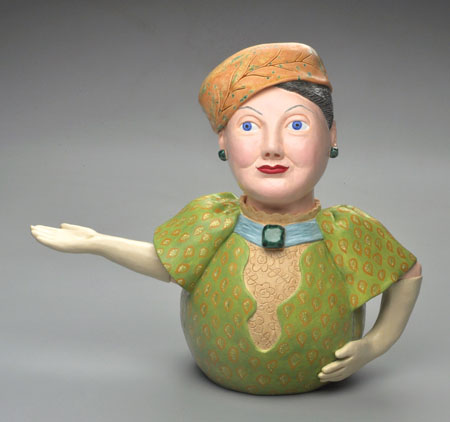 Claire Beckett, Fred H.C. Liang (also the curator), and Stephen Tourlentes are all featured in Inside Out 2012 at the Inside Out Museum, Beijing (thru 12/31).

The late Karen Aqua is celebrated in a show and sale of her drawings at Miller Street Studios (12/2). Read a tribute on Big Red and Shiny.

Prometheus Dance (aka Diane Arvanites-Noya and Tommy Neblett) is Celebrating 25 Years of Dance, Life and Love at the Multicultural Arts Center in Cambridge (12/15, 7 PM.)

Ilisa Barbash guest blogs at the American Film Showcase about bringing her film Sweetgrass to Kazakhstan.

Kristin Bock is a contributor to Apocalypse Now: Poems and Prose from the End of Days, which is raising funds on Kickstarter.

Andrea Sherrill Evans has two drawings in locatingPLACE: 9 Propositions from the Boston Drawing Project at the Dorrance H. Hamilton Gallery at Salve Regina University in Newport, RI. The show was organized by Joseph Carroll.

Regie Gibson reads at the Fuller Craft Museum as part of the Brockton Poetry Series (12/15, 3:30 PM). He was recently featured on the Mass Poetry blog with his poem southeast ridge.

Holly Guran reads as part of the Chapter and Verse Literary Reading Series at the Loring-Greenough House in Jamaica Plain (12/7, 7:30 PM).

Congratulations to Elizabeth Hughey, who won a 2013 Poetry Fellowship from the National Endowment for the Arts.

Photography by Stefanie Klavens is in The Space in Between at the Photographic Resource Center in Boston (thru 1/19).

Congratulations to Andrew Krivak, whose novel The Soujourn won the 2012 Dayton Literary Peace Prize for fiction.

Mary Bucci McCoy is among the artists in Ways & Meanings: Work by Eleven Contemporary Painters at Gallery Della-Piana in Wenham (thru 1/5/13).

Mary O’Malley is among the artists featured in the 2nd Annual Holiday Open Studios at Porter Mill (12/1, 10 AM-7 PM).

Watch Bill Peters read from his novel Maverick Jetpants in the City of Quality at Litquake. Also, read an entertaining interview in the Visions of the Unexcused blog and find out his writing playlist.

Monica Raymond‘s “Calypso,” an excerpt from her play-in-progress Four Riffs for a Sailor, has been nominated for a Pushcart Prize by the editors of Verse Wisconsin. It appeared in their issue on contemporary verse drama this past summer. Monica will be reading poetry as part of Terra Frierich’s mixed-media installation/performance EnCycloMedia at Mobius in late December.

Congratulations to Shelley Reed, one of the recipients of the SMFA Traveling Fellowship.

George Rosen‘s story collection The Immanence of God in the Tropics gets a great review in North Shore Art Throb and another, in syndication, by
Rae Padilla Francoeur.

Evelyn Rydz‘s 1000 Years exhibition at Ellen Miller Gallery got a superb write-up in the Boston Globe.

Mari Seder had two exhibitions of polaroid transfers in Oaxaca, Mexico this past year. One show was held at the Centro Manuel Alvarez Bravo museum; the other at La Jicara. Both exhibitions were accompanied by her book Cuba: El Tiempo Suspendido/ Cuba: Time Suspended.

Leslie Sills is featured in the exhibition Tea Pot Redefined 2012, which has been extended through December at Mobilia Gallery in Cambridge. Reception: December 8, 3-5 PM.

Peter Snoad‘s new play Raising David Walker had a staged reading at New York City’s Mixed Phoenix Theatre Group and will have a workshop/reading at the New Jersey Performing Arts Center, in collaboration with the Newark Museum, on February 23.

Elaine Spatz-Rabinowitz has work in Where We Live at the Simmons College Trustman Art Gallery (thru 12/13).

Jeff Warmouth is among the artist featured in COLLISION18: Present at Boston Cyberarts Gallery (thru 12/15).

Joan Wickersham‘s book News from Spain is getting great acclaim, including being named a Kirkus Reviews Best of 2012. Read a thoughtful essay about the book in the Gwarlingo blog.