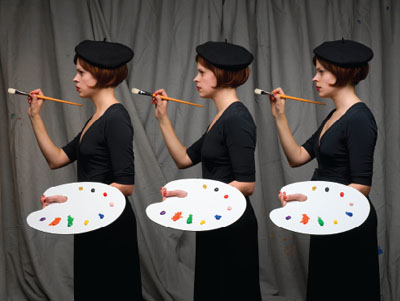 Three MCC Fellows/Finalists are featured in an exhibition of Artadia Boston’s recent awardees at the Mills Gallery in the Boston Center for the Arts. Work by Claire Beckett (Photography Fellow ’07), Ambreen Butt (Drawing Finalist ’10), and Eric Gottesman (Photography Fellow ’09), along with that of Caleb Cole, Raúl González, Amie Siegel and Joe Zane, will be on exhibit through April 25, 2010.

Steve Almond (Fiction/Creative Nonfiction Fellow ’08) visits the Brattle Theatre (hosted by Harvard Bookstore) on Friday, April 16 for a musical celebration of his new book, Rock and Roll Will Save Your Life, an ode/confessional for the musical superfan in all of us.

Congratulations to S. Bear Bergman (Playwriting Fellow ’05). Bear’s essay collection The Nearest Exit May Be Behind You is a finalist for a 2010 Lambda Literary Award.

Martha Jane Bradford (Drawing Fellow ’85) is creating an exciting educational exhibit for the Cahners ComputerPlace at the Museum of Science, Boston, on digital and virtual art. The exhibit, an immersive installation with sound and video projections that emulate the environments Martha creates in Second Life, will further visitors’ understanding of digital images and of making virtual art. You can find more information, as well as a video tour of Martha’s Second Life creations, on her blog. Incidentally, the Museum is currently accepting applications for a Technical Designer Internship for this exhibit.

Michael Downing (Fiction/Creative Nonfiction Finalist ’08) wrote an essay for Huffington Post about his experience as an “embedded reporter” in the healthcare debate.

Kurt Cole Eidsvig (Poetry Fellow ’04) is taking part in x/o: a visual/sound/spoke word installation on Saturday, April 24, 7 PM, at the Fort Point Theatre Channel, Fort Point, Boston. The free event, created by Kurt, Martin Cockroft, and Brendan Murray uses art, sound, poetry, and projected imagery for a 90-minute performance on opposites, building blocks, and the relationships between things. The event will include the premiere of X-and-O.com, an Internet installation created by Eidsvig, Murray, and Claude Keswani.

Vico Fabbris (Painting Fellow ’06) will have a solo exhibition of watercolors and works on paper, called Floralies, at Gurari Collections in Boston. The exhibition continues Vico’s exploration of the precariousness of the natural world through invented botanicals. The exhibition runs April 2 through May 2, 2010, with an opening reception April 2, 6-9 PM.

Ralf Yusuf Gawlick (Music Composition Fellow ’09) will premiere Kinderkreuzzug, his dramatic cantata for children’s voices and small chamber ensemble, on Saturday, April 10, 7:30 PM, at St. Ignatius, Chestnut Hill and again on Sunday, April 11, 3 PM Trinity Episcopal, Concord. The cantata, which takes as its source material Bertolt Brecht’s extraordinary and grim anti-war poetry, will be performed by two New England choirs and a German boys choir sponsored to fly to the region specifically for this piece. The choirs will record the cantata for the label Musica Omnia. Read more about Ralf and Kinderkreuzzug in an ArtSake profile.

Liza Johnson (Film & Video Finalist ’03, ’07) has won a Cinereach Grant for her film Return, which follows a female soldier home from a tour of duty.

Yanick Lapuh (Painting Fellow ’10) is among the local artists whose work will light up a gallery at the Boston Children’s Museum with “their yellowy best.” The Yellow Show will run April 22-June 20, 2010.

Melinda Lopez’s (Playwriting Fellow ’03) play From Orchids to Octopi: an Evolutionary Love Story runs at Central Square Theatre through May 2, 2010. The play was commissioned by the National Institutes of Health to celebrate the 150th anniversary of “On the Origin of Species.” From Orchids to Octopi is a project of Catalyst Collaborative@MIT – Underground Railway Theater’s science theater initiative with MIT. Read an interview with Melinda on ArtSake.

Julie Mallozzi (Film & Video Finalist ’07) wrote a fascinating essay on The Public Humanist, a blog of Mass Humanities, about her documentary-in-progress Lalita.

It won’t be your average artist talk when Jane D. Marsching (Photography Finalist ’03) presents 7 Stories & a Dance: Feeling Data at Upgrade! Boston on April 6, 7-9 PM, at MIT-ACT. Jane will “weave together an evening of storytelling, dancing, and conversation as part of her talk about recent projects that seek to translate abstract climate data and depressing climate news into sensory experiences.”

Anne Neely (Painting Finalist ’10) has a solo show of paintings called Waterlines at the Danforth Museum in Framingham. The show runs through May 16. Anne will give an artist talk on May 9 at 3 PM. 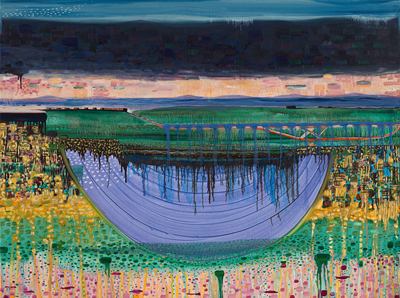 Mary O’Malley (Drawing Fellow ’06) has a solo show, called Super Natural, at Sam Lee Gallery in LA, through May 13.

Jim Peters (Painting Fellow ’08) is among the artists in an artSTRAND exhibition at Fort Point’s FP3 Gallery. Jim Peters’ mixed media piece of oil on canvas, photo and glass, “Blue Bath,” is part of a new series of works done in Paris and Provincetown and is inspired by French poetry and fiction. The show runs through April 30.

Evelyn Rydz (Drawing Fellow ’10) was featured on the website Artist a Day.

Vaughn Sills (Photography Fellow ’09) is among the artists in Shoot’n Southern: Women Photographers, Past and Present, at Mobile Museum of Art April 30 – July 18, 2010. The show will feature photographs from Vaughan’s series “Places for the Spirit: Traditional African American Gardens.”

Peter Snoad (Playwriting Fellow ’09) has two short plays, The Greening of Bridget Kelly and My Name is Art, in the “American Bytes” series by Liminal Space Productions at the New Wimbledon Studio in Wimbledon, London, UK. There will be four performances the week of April 5, 2010. My Name is Art will also be produced by Edgemar Theater Group in Santa Monica, CA April 23-May 16 as part of their “Acts on the Edge” series. And two of Peter’s other short plays are being staged this month: Apple Pie by the Boca Raton Theatre Guild in Boca Raton, FL April 23-25; and Resistance by Actors’ Refuge Repertory Theatre in Boston April 23-24.

Elaine Spatz-Rabinowitz (Drawing Finalist ’06) was recently featured in The Art Institute of Boston at Lesley College’s Five from Around exhibition.