The April 1, 2011 weather may be a Fool’s Day snow-prise, but the following list of April awards, honors, news, and announcements is pure sunshine. 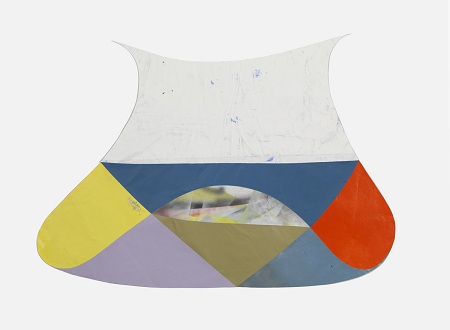 We’re thrilled to share that Rosanna Yamagiwa Alfaro‘s (Playwriting Fellow ’11) play Before I Leave You, a portion of which the playwright submitted for her Artist Fellowship, will be produced by Boston’s Huntington Theatre in the 2011/2012 season! Read a Boston Globe article about Rosanna and the production.

Hannah Barrett (Painting Fellow ’04) has collages in the show Family Portraits, which explores the “complexities and possibilities of family structures, relationships, and interactions, both real and constructed.” The show runs through April 22, 2011 at the Foster Gallery in Dedham, with an opening reception Friday, April 8, 6-8 PM. Along with Hannah, the show features Christine Rogers, Cobi Moules, Megan & Murray McMillan, Dustin Williams, and Tanit Sakakini – and was curated by Evelyn Rydz (Drawing Fellow ’10)!

Jamie Cat Callan (Fiction/Creative Nonfiction Fellow ’10) will be at the French Cultural Center in Boston on Tuesday, April 19 to present her recent book Bonjour, Happiness! Read a recent interview with Jamie on ArtSake.

Alicia Casilio, Sara Casilio, Kelly Casilio, and Cary Wolinsky, aka TRIIIBE Sculpture/Installation Fellows ’09) were reviewed in Art in America Magazine for their recent solo show at Dodge Gallery in New York. Also, check out a terrific series of short films by Yari Wolinsky about TRIIIBE’s creation of their recent In Search of Eden show at Boston University.

Watercolor paintings by Betsy Damian are on exhibit at the Harding House bed and breakfast in Cambridge. Read Betsy’s recent Three Stages post about her children’s book Rèv Abnè a: Abner’s Vision.

Joshua Fineberg‘s (Music Composition Fellow ’11) piece for flute and electronics, The Texture of Time, will receive its Boston premiere on Saturday April 30 at Brandeis University’s Slosberg Music Center. This performance will be part of the 2011 BEAMS Electronic Music Marathon and the Boston Cyber Arts Festival.

Regie Gibson (Poetry Fellow ’10) will perform spoken word poetry at Munroe Center for the Arts in Lexington, MA on Saturday, April 9, 8-10 PM, a task to which he’s uniquely suited: he’s a former National Poetry Slam Champion and performer on HBO’s Def Poetry Jam. Incidentally, the 4/9 performance is on the heels of Regie’s participation in the final event in MCC’s Commonwealth Reading Series at Newtonville Books in Newton on Tuesday, April 5. 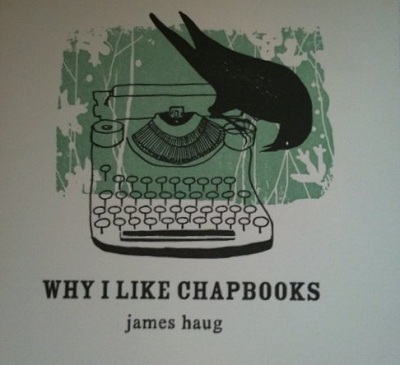 James Haug‘s (Poetry Fellow ’98) new chapbook, Why I Like Chapbooks, has been published by Factory Hollow Press.

Gregory Hischak‘s (Playwriting Finalist ’11) short play Hygiene is included in this year’s Humana Festival of New American Works in April (Louisville KY). Later this year, his new play Clueless & Lark (& Other Geologic Variations) will be staged as part of the 2011 Source Festival (Washington DC) in June, 2011.

Ariel Kotker‘s (Sculpture/Installation Fellow ’07) fascinating His Room As He Left It installation will be part of the School of the Museum of Fine Arts Traveling Scholars Show, at the SMFA March 30-April 30. There will be an opening reception Wednesday, March 30, 5-7 PM.

Niho Kozuru (Sculpture/Installation Fellow ’09) was commissioned to create a sculpture for the permanent collection of the Sheldon Museum of Art in Lincoln, Nebraska. Read an article in the Lincoln JournalStar about Niho and the unique commission.

Yanick Lapuh (Painting Fellow ’10) currently has a solo show, Yanick Lapuh: Your Ladder is on Fire, at the Fuller Craft Museum in Brockton, through July 10, 2011. He’s also among the artists selected by juror Jen Mergel, Curator of Contemporary Art at the Museum of Fine Arts, Boston, for the show Massachusetts Artists 2011 at The Brush Art Gallery and Studios in Lowell. The show runs through April 30, 2011, with an opening reception on April 3, 2-4 PM.

Rania Matar (Photography Fellow ’07) has a solo photography show, A Girl and Her Room at the De Santos Gallery in Houston, TX, running April-May, 2011. There is an opening reception April 2, 5:30-8:30 PM.

We heard good news from Nathalie Miebach (Sculpture/Installation Fellow ’09) recently: she won a Pollock-Krasner Foundation Grant! Where can you see her work this month? First, a detail of her installation Changing Waters, on view at the Fuller Craft Museum through September 2011, is on the cover of the March/April 2011 issue of Art New England. She’s in the exhibition The New Materiality: Digital Dialogues at the Boundaries of Contemporary Craft, on display through June 12 at the Milwaukee Art Museum in Milwaukee, WI. As part of this exhibit, a trio called Nineteen Thirteen will perform one of Nathalie’s scores, called “Hurricane Noel” at the Milwaukee Art Museum on April 15, 8:30 PM. Furthermore, she’s participating in Craft Meets Technology at the Kentucky Museum of Art and Craft, April 2-July 16, and the Appearances: Provincetown Green Arts Festival, at Art Current in Provincetown, MA, April 15-24.

Caleb Neelon (Sculpture/Installation Fellow ’07) is the co-author of the book The History of American Graffiti, published this month by Harper Design. The book features over 1,000 never-before-published photographs and interviews with hundreds of graffiti artists from throughout the country.

Matthew Rich (Painting Fellow ’10) is among the artists exhibiting in The Thingness of Color at Dodge Gallery in New York. The show runs April 2-May 1, with an opening reception April 2. Read a Studio Views with Matthew Rich on ArtSake.

Irina Rozovsky (Photography Finalist ’09) has a solo show of photography, This Russia, at the Garner Center of Photography at the New England School of Photography in Boston. The show runs April 18-June 3, 2011, with an opening reception Wednesday, April 20, 6:30-8 PM and an artist talk Monday, May 9, 6 PM. Fraction Magazine has a sneak peak of Irina’s soon-to-be-published monograph One to Nothing. The monograph will be published by Kehrer Verlag in Fall 2011; see a preview. Also, Irina is among the artists featured in The Collector’s Guide to New Art Photography Vol.2, a biennial sourcebook with new work by 100 contemporary photographers, from the Humble Arts Foundation.

Eric Henry Sanders‘s (Playwriting Fellow ’09) play Reservoir, on the heels of a successful ’10/’11 run at the Drilling CompaNY in New York, will return for a three week run (Apr. 1 -17, 2011) at the theatre. Read a terrific review of the play in the New York Times, and read about the process behind the play, as well as hear a scene performed by Company One, on ArtSake. Also, Eric’s short play Don’t Push the Red Button was performed as part of Elephant in the Room, performed at Raconteur Theatre in Ohio in March 2011.

Vaughn Sills (Photography Fellow ’09) has a solo exhibition of photographs at the Trustman Gallery at Simmons College in Boston. The show, which runs March 21 – April 22, is in conjunction with Vaughn’s new book of photography Places For The Spirit: Traditional African American Gardens. Read a review in the Boston Globe. 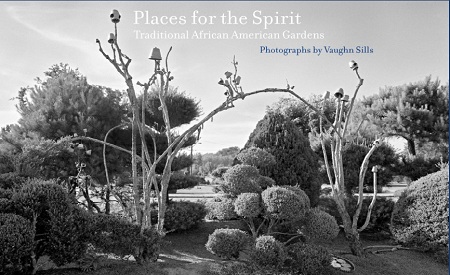 Jeff Daniel Silva‘s (Film & Video Finalist ’09) feature-length documentary Ivan & Ivana will have its world premiere in the International competition at Visions de Réel in Nyon, Switzerland on Friday, April 8 at 8 PM. The film chronicles the lives of Ivan and Ivana, a couple who emigrated from Kosovo to California to start anew after the last Balkan war. It’s an unorthodox depiction of the American immigrant experience, revealing the couple’s successes, trials, and tribulations over five years of turbulent economic, political and personal tides. Local audiences will have the chance to see the film when it screens in the Independent Film Festival Boston, on April 30 and May 1.

Peter Snoad (Playwriting Fellow ’09) is among the playwrights whose ten-minute plays were selected for the 2011 Boston Playwrights’ Theatre Boston Theatre Marathon. Read Peter’s terrific ArtSake guest post about the terrain for new plays – nationally and locally.

Tracy Winn (Fiction/Creative Nonfiction Fellow ’08) reads from her novel Mrs. Somebody Somebody at the Blacksmith House in Cambridge on Monday, April 25, 2011, 8:00 PM.

Images and media: Matthew Rich, DOUBLE AMPERSAND (2010), latex and spray paint on cut paper and linen tape, 41×57 in; cover art for WHY I LIKE CHAPBOOKS by James Haug (Factory Hollow Press, 2011); Jendi Reiter reads “Bullies in Love” at the Green Street Café in Northampton, recorded by Adam Cohen, from the WinningWriters Youtube Channel; Cover for PLACES FOR THE SPIRIT: PHOTOGRAPHS BY VAUGHN SILLS (Trinity University Press, 2010).