In April: MCC artists venture into books and onto screens, up on stages and out on the airwaves, and just generally do great things in the Commonwealth and beyond. The latest news from our Fellows/Finalists… 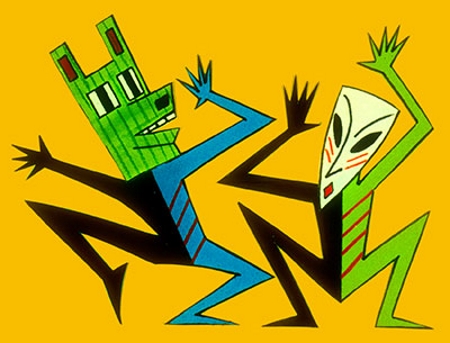 Elizabeth Alexander and Randal Thurston are exhibiting in Paper and Blade: Modern Paper Cutting at Fuller Craft Museum (thru 7/31).

Rick Ashley, Claire Beckett, and Kelly Carmody all have work in Smithsonian’s traveling exhibition The Outwin: American Portraiture Today. The exhibition runs thru 1/8/2017 at the National Portrait Gallery, and then travels elsewhere. Both Rick and Claire have been featured by the Gallery in blog posts.

Frank Egloff and Matthew Gamber both have solo exhibitions at Gallery Kayafas (4/15-5/21).

Alexandra Anthony‘s documentary Lost in the Bewilderness screened at The University of Roehampton (London) and the Moraitis School (Athens, Greece) in March.

Claire Beckett has a solo exhibit of her series The Converts at Carroll and Sons Art Gallery, mid-April through the end of May.

Pelle Cass has work from his Selected People series in three books: Photoviz (Gestalten, Berlin); Deleuze and the City (a scholarly book which features an entire chapter based around a discussion of Pelle’s photo of Quincy Market; and Langford’s Basic Photography. He will have work in UNM Art Museum/Center/516 Arts’ PhotoSummer festival. Also, he will have a summer fellowship at Yaddo.

Steve Edwards has a flash fiction story called Sometimes My Father Comes Back from the Dead in SmokeLong Quarterly.

Ralf Yusuf Gawlick‘s new string quartet composition Imagined Memories will have its world premiere as the musical centerpiece of a Boston College symposium, The Kurdish Question: Ethnicity, Identity, and Integration. The work, commissioned by the Vienna-based Hugo Wolf Quartet, premieres 4/28, 7:30 PM in St. Mary’s Chapel at Boston College (free admission) and will be followed by a performance at Carnegie Hall in NYC (4/29, 8 PM).

Jan Johnson is a Fulbright Scholar this year at the University of Dundee, the Scottish University.

Jesse Kreitzer has a unique crowdfunding campaign to sponsor submissions of his new film Black Canaries to different film festivals.

Fred H.C. Liang has a solo show, Stream, at Carroll and Sons Gallery (thru 4/16). Read an interview on Huffington Post.

Melinda Lopez was mentioned by President Obama during his landmark March 2016 speech in Havana, Cuba. She discussed the experience, and what led up to it, on Radio Boston.

Rania Matar is exhibiting at The National Museum for Women in the Arts in Washington, DC as part of She Who Tells a Story: Women Photographers from Iran and the Arab World (4/8-6/31), which originated at the MFA Boston.

Richard Michelson announced that he has an upcoming book about Leonard Nimoy (Nimoy’s visual art is represented by Richard Michelson Gallery) called Fascinating, to be published in September. Richard has poetry readings this month at AWP (4/1 and 4/2), the Split This Rock Conference in Washington DC (4/16), and at the Pelham Library (4/27, see above).

Lisa Olivieri‘s film Blindsided will be having its Boston Premiere as part of the The National Association of Social Workers (MA Chapter) Film Series at Belmont’s Studio Cinema (4/3, 2 PM).

Nick Rodrigues created the interactive installation CAR-A-OKE and the Auto Umwelt The New Children’s Museum in San Diego, on view thru Spring 2017. He contributed to The Felt Book, a collaborative publication featuring a collection of home remedies created by 90+ invited artists.

Anna Ross has a new chapbook, Figuring, to be released by Bull City Press in May. The book was the Editor’s Selection in the 2015 Frost Place Chapbook Competition. Anna will have her first reading from the book at the AWP conference in LA.

TRIIIBE, aka the identical triplets Alicia, Kelly, and Sara Casilio along with photographer Cary Woliknsky, will give a gallery talk at Fitchburg Art Museum 4/24, 1:30 PM, in conjunction with their exhibition TRIIIBE: same difference (thru 6/5).

Sarah Wentworth has more than a dozen photos from her Untitled (fishline) series in the 3-person show Caprices at the Simmons College Trustman Gallery (thru 4/14). The fishline series features performed photos centered on a costume made of knit fishing line, taken on Deer Isle, Maine.

Jung Yun is getting terrific reviews for her new novel Shelter. She reads this month at Northshire Books in Vermont (4/1, 7 PM) and Amherst Books (4/19, 7 PM). Both events are with author James Scott.

Image: still from the animated film KAKANIA (1989) by Karen Aqua.