This April, MCC’s past Fellows/Finalists are SPRING-ing with news! (Note to self: get better at puns.)

Here is this month’s news and notes from past Artist Fellowships awardees. 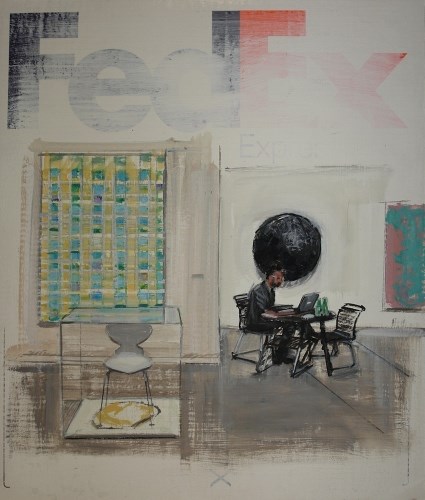 John Cameron, Carrie Gustafson, and Jennifer McCurdy are all exhibiting in the Smithsonian Craft Show in Washington D.C. (4/23-4/26).

Alexandra Anthony screened her film Lost in the Bewilderness at Athens Film Festival in Athens, OH on 4/5. Also, the filmmaker and film have been invited to the Bogota Independent Film Festival in Bogota, Colombia, in July 2015.

Simeon Berry‘s poetry collection Ampersand Revisited is published this month by Fence Books. The collection was selected by Ariana Reines for The National Poetry Series. He’ll have a book launch event at the Out of the Blue Too Art Gallery in Cambridge (5/8, 7 PM).

Alice Bouvrie‘s documentary A Chance to Dress will have its world premiere on 4/29, 7 PM, in the Alfond Auditorium at the Boston Museum of Fine Arts.

Prilla Smith Brackett is in a two person show with Amy Ragus called Fractured Visions at Danforth Art in Framingham (thru 5/17).

Congratulations to Patrick Donnelly, who was named the Poet Laureate of Northampton.

Vico Fabbris is teaching a Watercolor Workshop at the Provincetown Art Association & Museum (4/25-4/26).

Lisa Gruenberg‘s essay “A Beautiful Day” was published in Winter ’14-’15 issue of Ploughshares. Lisa, who is co-director of the annual Writing Retreat at Solvik with the Karolinska Institutet in Stockholm, recently completed a Fulbright in Australia.

Mags Harries is exhibiting at Boston Sculptors Gallery (thru 5/3).

Colleen Kiely‘s work is included in MDC, a limited-edition book published in honor and recognition of Mario Diacono.

Shirish Korde has two world premieres: Kala-Chakra will be performed by Boston Musica Viva at Longy School of Music (4/11, 8 PM) and Brooks Music Hall at the College of the Holy Cross (4/13, 8 PM). Then, the chamber ensemble work Lalit will premiere at the Shastra Festival in NYC (4/26, 6-8 PM).

Holly Lynton solo exhibition at Dina Mitrani Gallery in Miami has been extended thru 5/30.

Caitlin McCarthy‘s spec script for “The Good Wife” is the 1 Hour Spec Winner in Stage 32’s first annual TV Writing Contest. Also, she’ll be featured in the book “The Top 50 Indie Writers In The World” by Del Weston, Theresa Weston, and Nabi Zee, scheduled for release in mid-2015.

Nathalie Miebach has a solo show, The Weather is Turning Weird at the Tarble Arts Center of Eastern Illinois University (4/8-5/10, artist talk 4/8). She’ll also give a talk at Field Work, a data visualization conference in London, on 4/16. Finally, she’s participating in an intriguing cross-disciplinary music event for the Cambridge Science Festival called Hi-Fi-Sci Art. The event joins music composition, visual art, and environmental science, and it takes place on 4/26, 7:30 PM, at the MIT Museum.

Congratulations to Arno Rafael Minkkinen, who received a 2015 Guggenheim Fellowship.

Monica Raymond’s play The Owl Girl has been selected as one of “ten best new Jewish plays for 2015” by the Jewish Plays Project. There will be an event to decide the #1 Boston slot at the Roberts Theater at the Calderwood Pavillion at the Boston Center for the Arts (4/13, 7:30 PM). The play will also have readings in Burlington, VT at Theater Kavanah (4/19-4/20).

Anna Ross was a finalist for the Poetry Society of America’s Alice Fay Di Castagnola Award. Also, her essay I Don’t Know How She Does It was recently published in Vida.