No foolin’! Here’s the April news & notes from past MCC fellows/finalists. 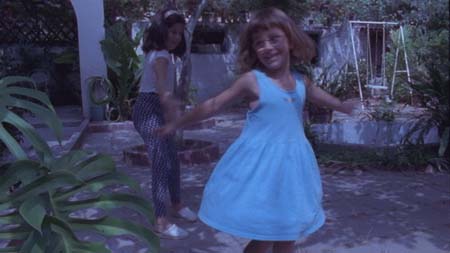 Alexandra Anthony‘s documentary film Lost in the Bewilderness was part of the 16th Thessaloniki Documentary Festival.

Rick Ashley‘s photography is included in Fall Back, Spring Forward: Photography in New England, curated by Francie Weiss, as part of the Flash Forward Festival Boston in May. The exhibition is at the Photographic Resource Center and runs 4/29-5/17, opening reception 5/1, 6-9 PM.

Steven Barkhimer‘s play Windowmen was produced in Oct/Nov at Boston Playwrights Theatre and is receiving a David Mark Cohen award at the Kennedy Center American College Theatre Festival for Best Play. The production has been nominated for 5 local awards by the Independent Reviewers of New England (ceremony 4/7), including Best New Play of 2013 and Best Play of 2013.

Ben Berman will read poetry as part of the Mr. Hip Presents Reading Series at UFORGE Gallery in Jamaica Plain (4/26, 6-8:30), along with Gail Mazur, Jamaal May, LaTasha Diggs, Zachary Bos, Marie-Elizabeth Mali, Jason Rotstein, and Amber Rose Johnson. He’ll also be taking part in the Massachusetts Poetry Festival (5/2-5/4) in Salem, MA, and was shortlisted for a Mass Book Award for his poetry collection Strange Borderlands.

Holly Guran will have two poems displayed at Boston City Hall as part of a project by The Mayor’s Prose & Poetry Program focusing on the Boston Marathon bombing.

Cathy Jacobowitz will give a talk, titled “How I Set Out to Write About the Revolution, and How It Changed Me,” at the Lucy Parsons Center in Jamaica Plain on 5/3, 3 PM. She’ll read from and sign copies of her recent novel, The One-Way Rain.

Lisa Kessler‘s solo show In the Pink will exhibit at Danforth Art 4/6-6/15. An artist talk and reception takes place 4/6, 4 PM.

Scott Listfield is exhibiting in a three person show, Face. Space. Place. at Visionspace Gallery in Lynn (opening 4/12, 6 PM), and he’ll be participating in the Somerville Open Studios (5/3-5/4). Elsewhere in the country, he’s part of two San Francisco group shows, UNIVERSE at Modern Eden Gallery (4/12-5/3) and Space//Squared at White Walls Gallery (5/10-6/7), and is featured in two exhibitions from Gallery 1988 in L.A., the 10th anniversary exhibition (4/11-4/26), and the traveling Ghostbusters 30th Anniversary Art Show. Finally, he’s updated his Web site and recently began selling two prints through The People’s Printshop.

Melinda Lopez‘s new play Becoming Cuba is being produced by the Huntington Theatre Campany at the Calderwood Pavilion/BCA, thru 5/3.

Nathalie Miebach (along with Jane Marsching and Marina Mangubi) is exhibiting in The Observant Eye at the Wheaton College Beard and Weil Gallery (thru 4/16). She has a solo show of new and older work at the Cotuit Center for the Arts, That Link Between Ocean and Land thru 5/4. Her work can be seen at Hartsfield-Jackson Atlanta Airport (T North Concourse) in Flight Pattern thru April 2015. She recently finished a residency at the Oxbow School in Napa, CA and is speaking at the at the Zimmerli Art Museum at Rutgers University on 4/10 as part of their lecture series “Polar Perspectives on Art and Science.”

Monica Raymond‘s monologue play, Martina’s Story, was performed as part of She Speaks, a festival of women’s monologues, in Kitchener, Ontario (3/29). Monica also has photographs in a group show at the Cambridge Community Television offices, showing thru 4/17.

Nick Rodrigues is among the artists in the exhibition The Departed at The Distillery Gallery in South Boston, thru 4/7.

Congratulations to Tracy Heather Strain and Randall MacLowry, whose Lorraine Hansberry Documentary Project received a major grant from the National Endowment for the Humanities. Later this month, the project will launch a Kickstarter crowdfunding campaign.

Image: still image from LOST IN THE BEWILDERNESS, a documentary film by Alexandra Anthony.